This Radio 4 programme was broadcast in 1985 - Andrew Whitehead was the presenter and John Theocharis the producer. It features the voices of Bill Fishman, Stan Newens and Raph Samuel as well as readings from Arthur Morrison's classic 1896 novel A Child of the Jago, set in a notorious slum located on the site of what is now the Boundary Street Estate in Shoreditch. Also included are extracts from the reminiscences of Arthur Harding as told to Raph Samuel and recorded in his East End Underworld.

A BBC World Service programme presented by Andrew Whitehead and produced by Michael Diamond about the East End anarchist Rudolf Rocker and the Yiddish-speaking movement which he led. The documentary includes the voices of Fermin Rocker, Rudolf's son, Mick Mindel and Leah Feldman.

The founder of the British Union of Fascists, Oswald Mosley, remembered by onetime followers - the first of two programmes on the BBC World Service about those who opposed Britain's participation in the Second World War, presented by Andrew Whitehead.

The Glasgow-based anarchist and anti-war campaigner, Guy Aldred, recalled by those who knew and worked with him - the second and concluding programme in Andrew Whitehead's series for the BBC World Service.

A short programme presented by Andrew Whitehead about the trials, tribulations and history of the Communist Party of Great Britain: includes the voices of Nina Temple, Gordon McLennan, Martin Jacques, Mike Hicks, Rose Kerrigan, Ian Aitken and others. Broadcast on the BBC World Service, December 1989.

A World Service programme, presented by Andrew Whitehead, about the involvement of the black and Asian communities in Britain in the Conservative party

A World Service documentary, presented by Andrew Whitehead, on the changing political allegiances of Anglo-Jewry - from left to right. The voices featured in the programme include those of Ian Mikardo, Phil Piratin, Rabbi Jonathan Sacks, Rabbi Julia Neuberger and Alfred Sherman.

For the World Service, a documentary presented by Andrew Whitehead about the political career of Charles Bradlaugh, atheist, republican, radical and Parliamentarian. The voices featured include those of Enoch Powell, Michael Foot, Nicolas Walter and Michael Meadowcroft.
​

A look at political song featuring, among others, Billy Bragg - and the rendition of a range of veteran political songs, plus one dreadful new political ditty. Broadcast on People and Politics on the BBC World Service, January 1991

The best political song around, in the view of those who know it - Andrew Whitehead talks to those who sing 'The Land Song'. There's more about song's history here.

The voices of views of onetime MPs who had chosen to turn their back on Westminster - a somewhat jaundiced view of the way Westminster worked. A World Service programme presented by Andrew Whitehead.
​

A five-programme radio series on the BBC World Service in 1992 - the audio is posted separately, do take a listen!

My first programme about Kashmir - looking at the strong separatist sentiment in the Kashmir Valley and the profound violence and tension there, featuring the voices of prominent separatists, senior figures from the police and armed forces, an Indian government minister and ordinary Kashmiris. This was broadcast on the BBC World Service in August 1993, and a quarter-of-a-century later it's depressing how little has changed.

Three radio features I compiled in the 1990s during visits to Calcutta - about the city's Jewish and Armenian communities, both once prosperous and influential but by then hugely diminished in number; and about the continuing tradition of left-wing activist music, as practised by the Indian People's Theatre Association in the city. Each of these features is about five minutes in duration, and is followed by the unmixed audio inserts. Two of the features ahve also been posted below.​

A five-programme series on the BBC World Service on the fiftieth anniversary of the Partition - the audio is posted separately.

As India votes in a general election, a snapshot of political loyalties among Muslims in Lucknow, where the Sunni-Shia divide remains acute - presented by Andrew Whitehead and broadcast in February 1998

A look at the ethnic and other divisions within what is often seen as the among the most successful of multi-racial democracies, the Indian Ocean island of Mauritius off the east coast of Africa. Presented by Andrew Whitehead.

In January 2000, I was given rare access for a few hours to the Islamic centre at Muridke outside Lahore in Pakistan which acted as the headquarters of Lashkar-e-Taiba, a jihadi group active particularly in Kashmir. Although Muridke is not a military base, no attempt was made to conceal the nature of the organisation's activities in Kashmir ... as you can hear.

A radio documentary recorded on both sides of the Line of Control that divides Kashmir, compiled and presented by Andrew Whitehead and produced by Alastair Elphick. The two radio features below were a result of that same assignment:

I was on the first flight out of Britain to North America after 9/11 - a joint ITN/BBC charter from Stansted. We spent the best part of 48 hours at Stansted and shacking up at a nearby BnB. The flight landed in Montreal, from where we drove down to New York, my first visit to the city. After about a week there, I went on to Washington. Once back in London, I was sent to Islamabad and was in the Pakistani capital when the Americans launched their air offensive against the Taliban government in Afghanistan in October. I haven't been able to locate much of the radio I did on those assignments - the items below arose from those trips.

A half-hour documentary on Radio 4 on the attack on the Catholic mission hospital in Baramulla in Kashmir in October 1947, the most notorious event in the lashkar's invasion of the Kashmir valley - and the focus of my later book A Mission in Kashmir. Compiled and presented by Andrew Whitehead, produced by Jo Glanville - production in Kashmir by Vivek Raj. Broadcast on BBC Radio 4 in August 2003

A World Service documentary recorded in Belfast, Stormont and Crossmaglen looking at the potential lessons of the peace process in Northern Ireland, including the views of Martin McGuinness and David Trimble. Compiled and presented by Andrew Whitehead.
​

As the Liberal Democrats enter a coalition government, a look back to the time a century earlier when the Liberals last led a government and the song they were signing at that time - with Michael Steed talking about its history and his own affection for The Land Song

The historian Eric Hobsbawm recalls taking part as a fifteen-year-old schoolboy in Berlin in what he believes was the last legal demonstration of the German Communist Party. That was in January 1933. Within weeks, Hitler's Nazis had consolidated their hold on power. 'You could not not be political' at that place and time, he says.

As the BBC World Service left Bush House in July 2012, I made an edition of Witness talking to veteran broadcasters about the building during the Second World War.

Rena Stewart was the most senior woman journalist in the BBC World Service Newsroom when I joined it in 1981. I only discovered many years later that she had worked at Bletchley Park during the Second World War and was sent to Germany immediately after the war to help with translation at an interrogation camp where members of the German intelligence service were held. In this edition of Witness, she talks about her work during and after the war - including the time when she was told to translate Adolf Hitler's will. There are more photos of Rena during her years in uniform, as well as a full transcript of her interview, here. I have also posted below the audio of my interview with Rena.

I first prepared a half-hour radio obituary of Margaret Thatcher not all that long after she lost office in 1990, when I was the political correspondent of the BBC World Service (I had interviewed her once in that role). From time-to-time I updated the programme and conducted some new interviews for it, notably with Ken Clarke and the journalist Anne McEvoy. The obituary was broadcast on her death in April 2013.

Sally Alexander recalling the feminist disruption of the televised Miss World event at the Albert Hall in London in 1970 - an edition of Witness broadcast in March 2014, the radio version below is considerably longer than the TV version

Looking back on Burma's nationalist leader Aung San, assassinated in 1947 the year before his country achieved independence, through the memories of U Ba Aye, who as a young police officer in Rangoon helped to investigate the killing - an edition of Witness, broadcast on the BBC World Service, February 2015. There's much more about U Ba Aye, including a transcript of my interview with him, here.

​Witness History: The Division of Kashmir - 2019

After the revocation of Kashmir's special status in India's constitution, a look back on the inception of the Kashmir conflict in 1947 - and one particular incident, the killing and looting by pro-Pakistan forces of a convent and mission hospital at Baramulla. This is adapted from a longer radio documentary I made for the BBC in 2003. This edition of Witness History was broadcast on the BBC World Service in August 2019. 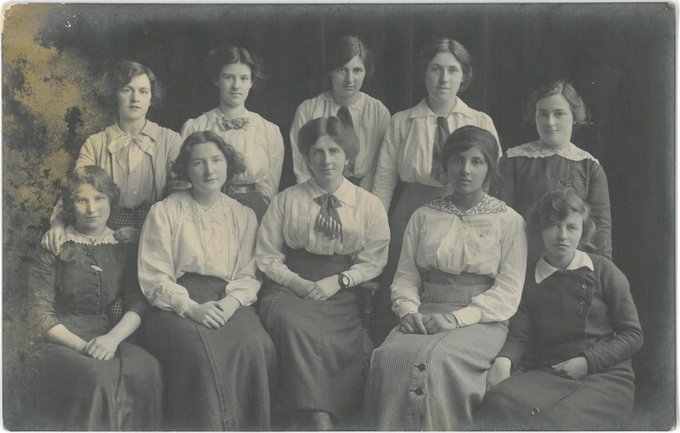 Dorothy Bonarjee, as a 19 year old Indian student, caused a sensation when she won the Eisteddfod at the University College of Wales in Aberystwyth in 1914. This documentary tells her story with the help of her niece Sheela Bonarjee and others. The photo is courtesy of the University of Aberystwyth - Dorothy is second from right on the front row. There's also an online article to accompany the radio programme (which was broadcast on 29 December 2020).

Much of my more recent journalism has been online or for print - there are links and details on another page.