Mick Mindel (1909-1994) was for many years a leading trade unionist in the garment industry in the East End of London. He was a member of (or sympathiser with) the Communist Party from the late 1920s until the 1950s. His life story and political activism is recounted in Jonathan Freedland's Jacob's Gift (2005). I got to know Mick and his wife Sylvia quite well and visited them several times at their home in Stoke Newington High Street. I am posting here all three of my long interviews with Mick.

I first interviewed Mick on 13 March 1988. That conversation lasted more than two hours. The YouTube post includes the first hour or so of the interview. The full interview is posted above.as audio files. A transcript is pasted below. The conversation was wide-ranging including his family's history in Eastern Europe, growing up in Rothschild Buildings in Spitalfields, his father Bundist sympathies, and anacrhist activity and cultural endeavour in the Jewish East End before the First World War, including the Workers' Circle and the Yiddish political press. He talks about the growth of the Communist movement in the East End, its organisation, the 'Battle' of Cable Street in 1936 and Phil Piratin's election as a Communist MP in 1945. He also reflects on the organisation of the tailoring trades in the East End and his prominent role in the tailoring trades unions and in advocating amalgamation into an industry-wide union.

I interviewed Mick Mindel on two other occasions. The audio of both of these is posted below - the interviews have not been transcribed. We talked on 14 December 1992 about Mick's activism in the United Ladies' Tailors trade union and his expulsion in 1936 and bounce back and his friendship and political collaboration with Sara Wesker, as well as local Communist Party activity, attitudes and social mores.

In our final conversation on 20 December 1992, Mick covered more about his family's history and his parents' reaction to the 1917 Russian Revolution ('I have very vivid memories, bcause meetings were held in our house ... great excitement ... the problem of anti-semitism is solved, the future is ours'), visiting Germany in 1932-3, trade union activity and his gradual disillusionment with Communism after the Second World War. 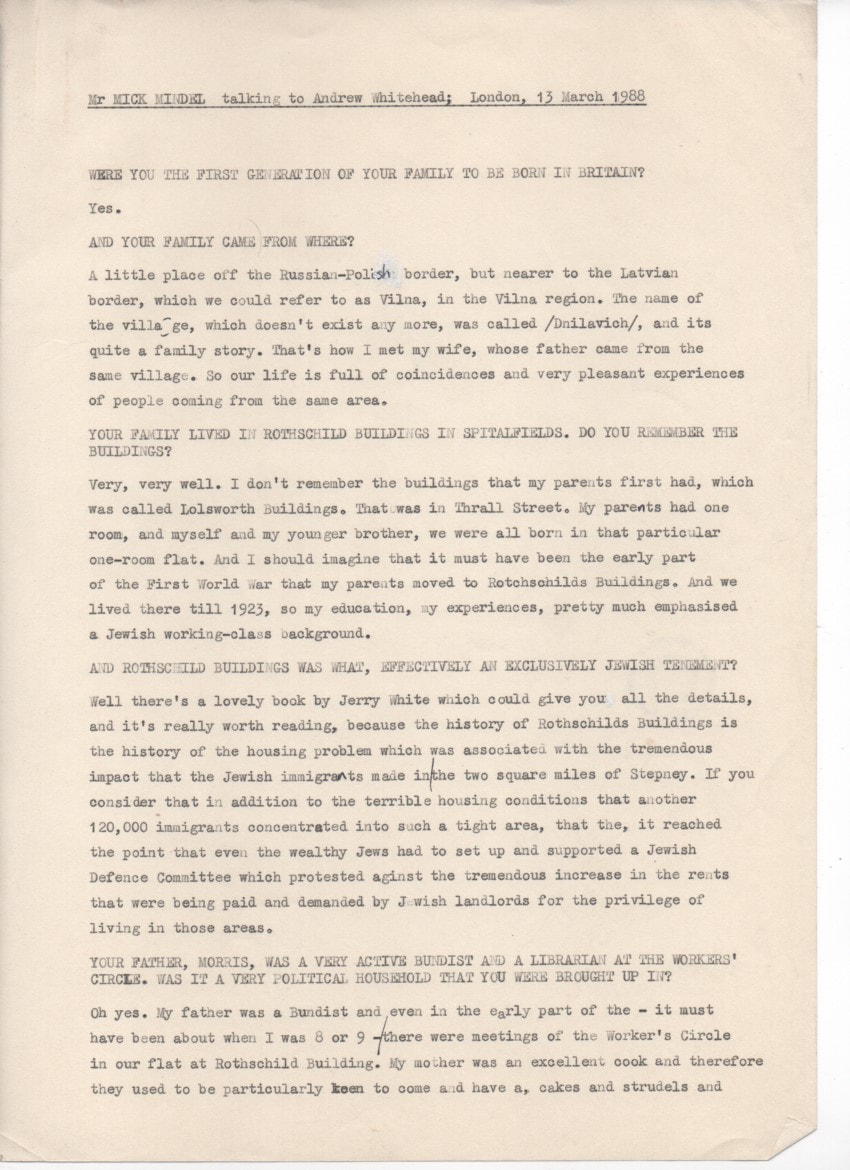 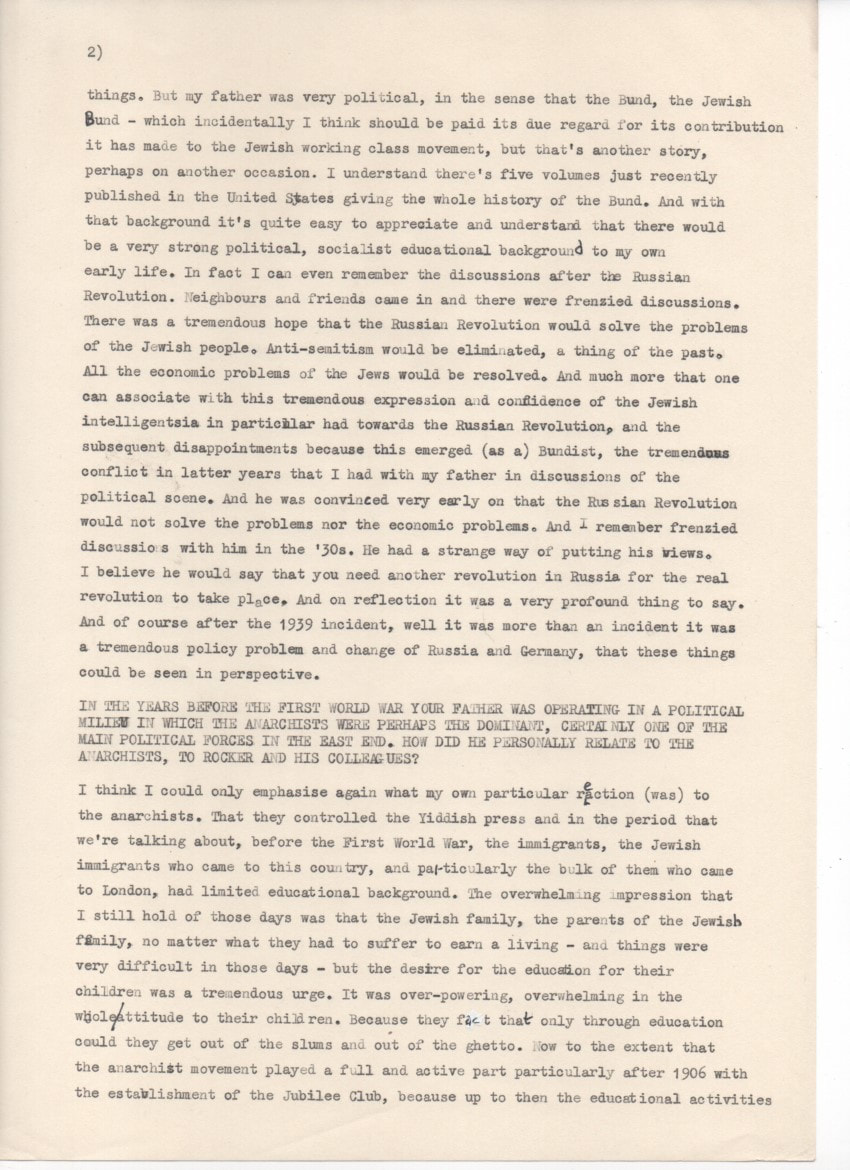 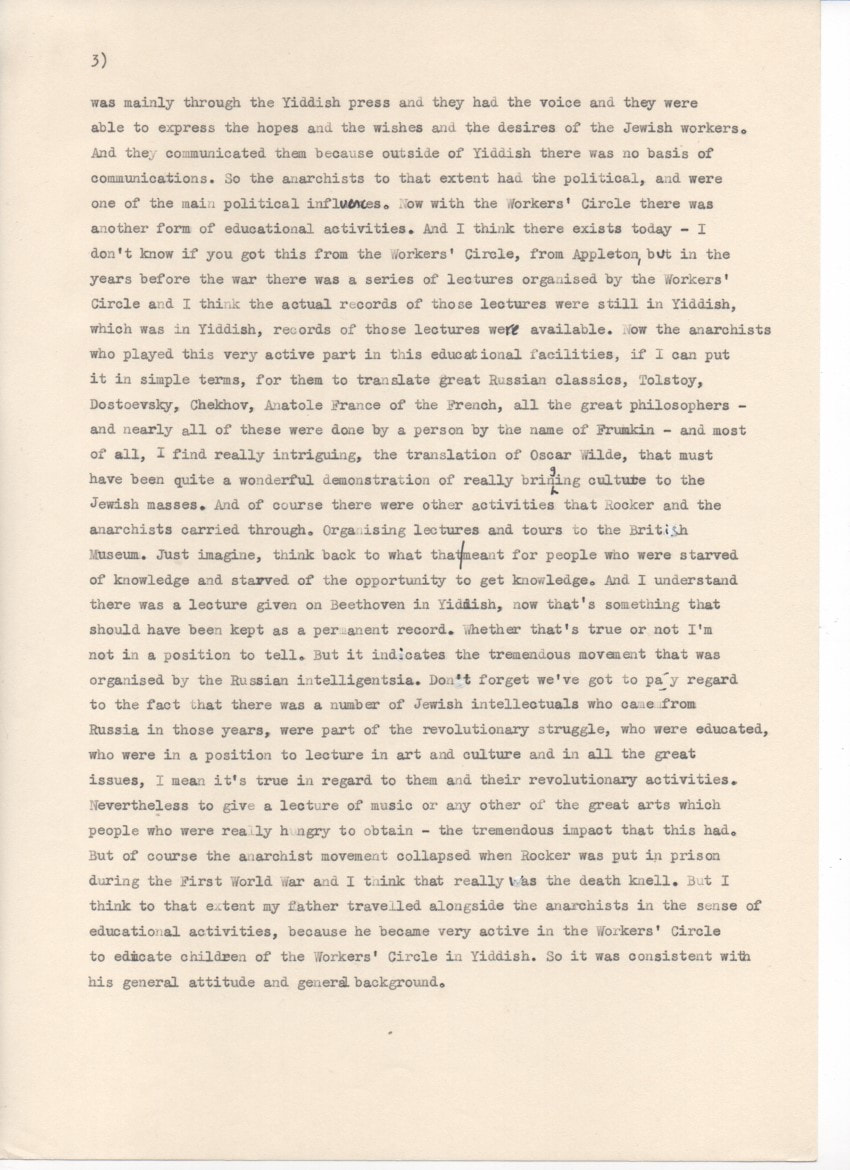 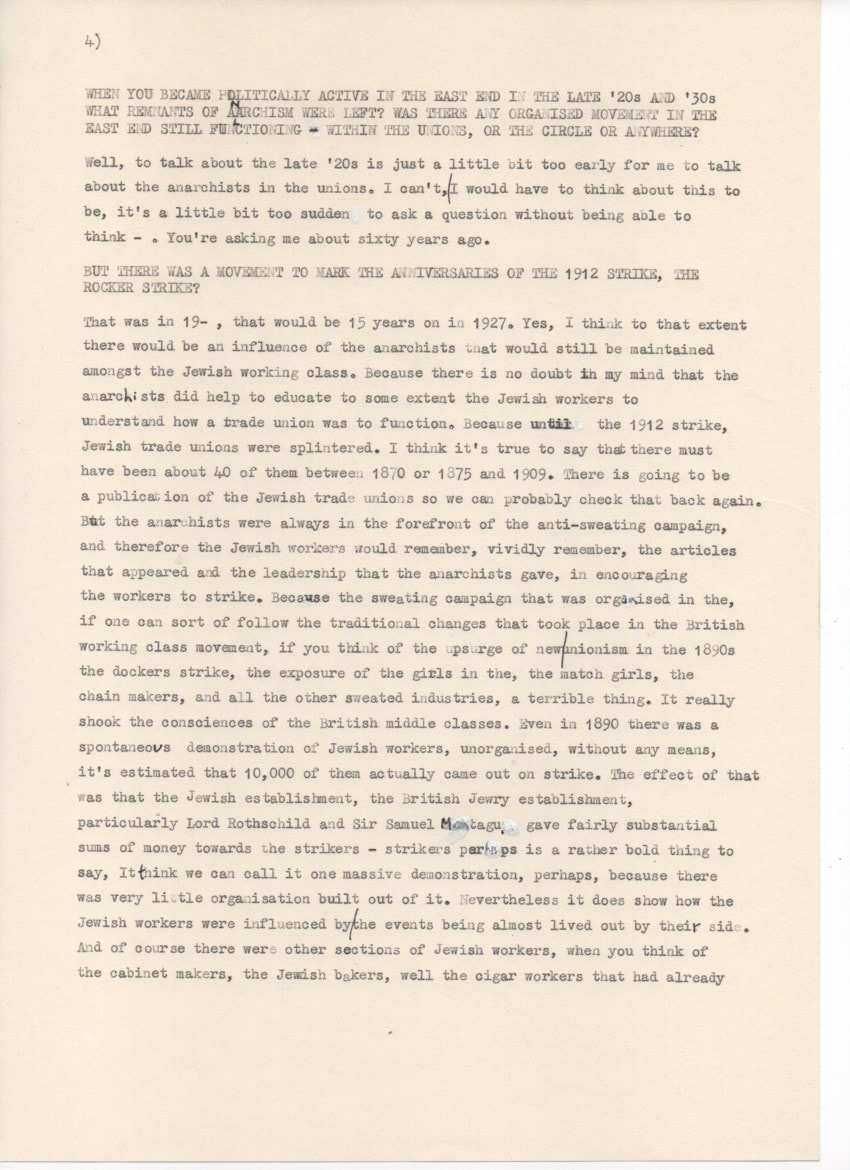 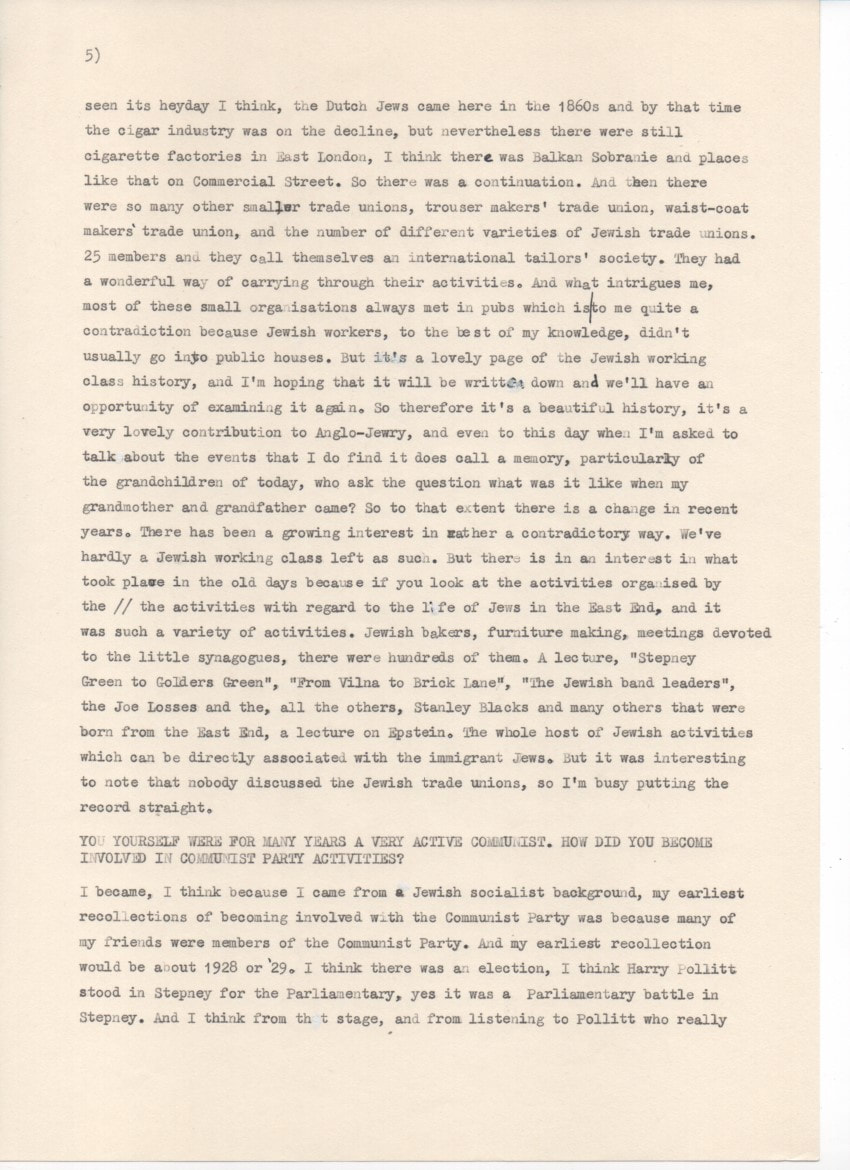 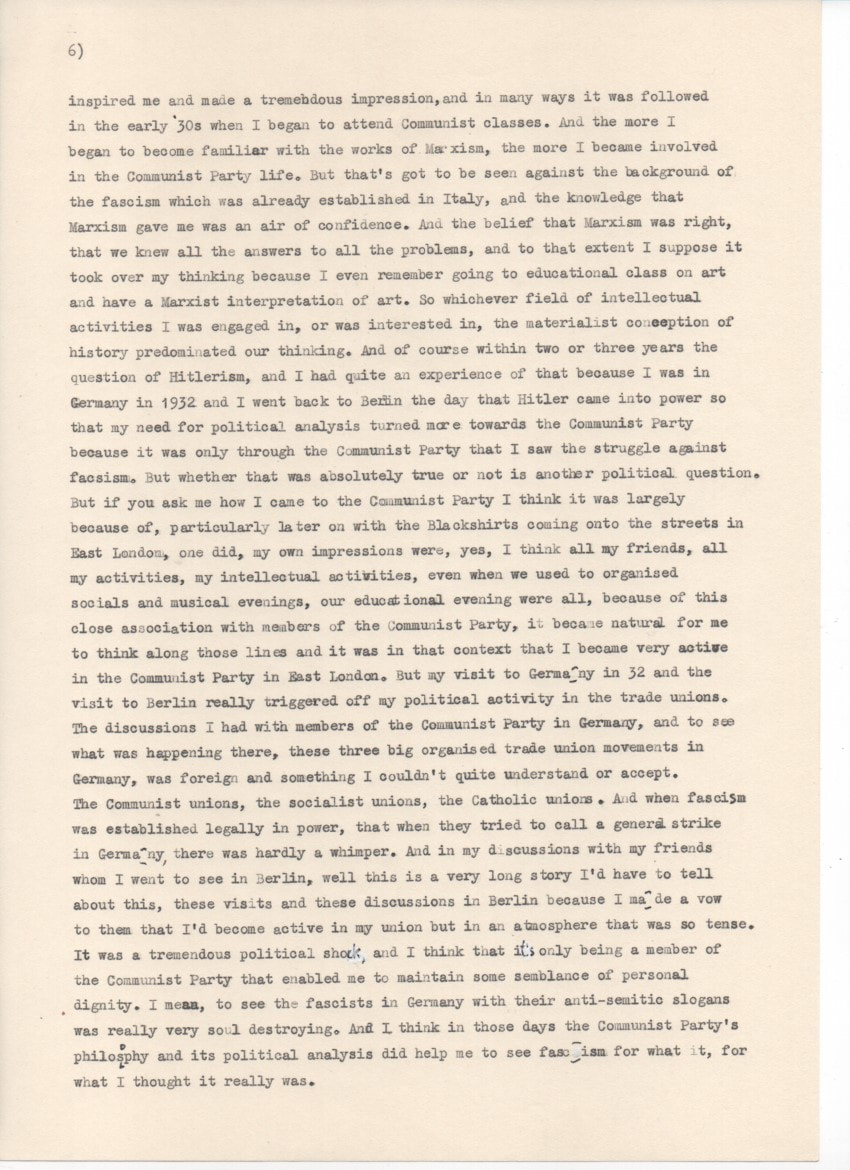 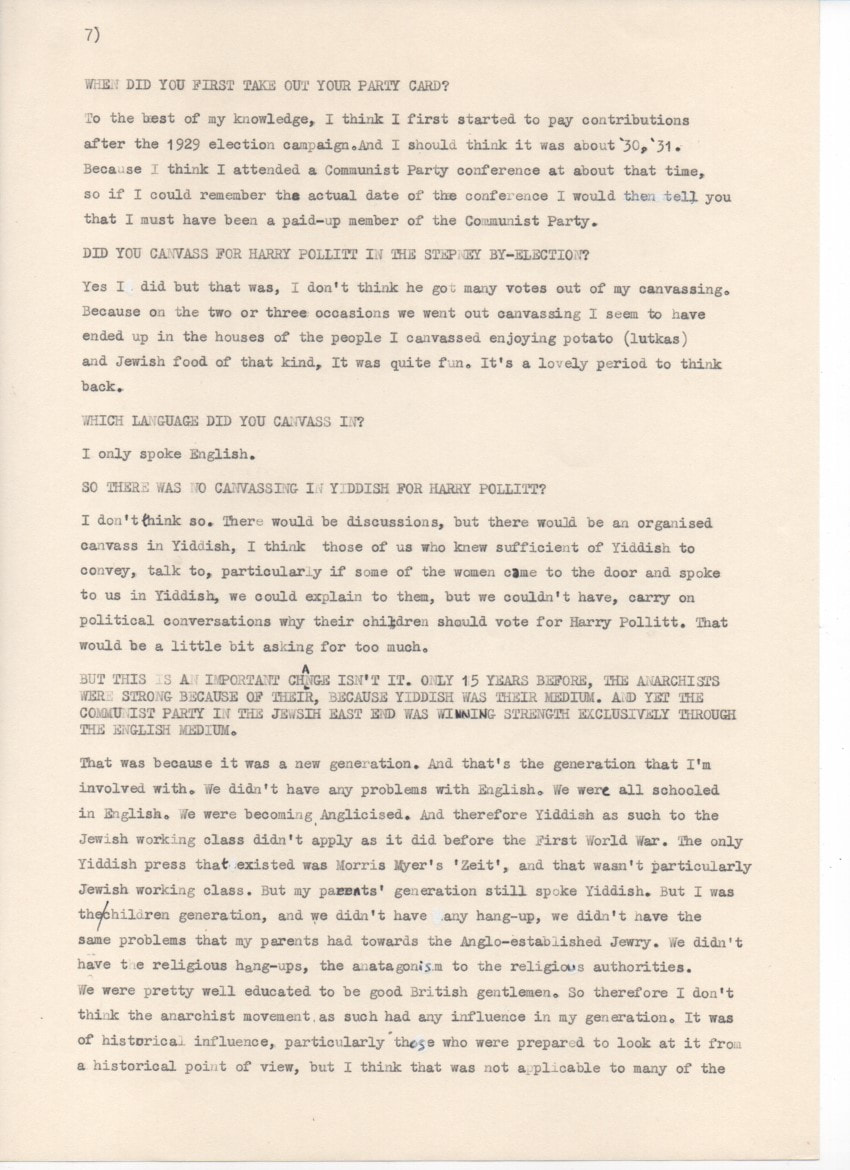 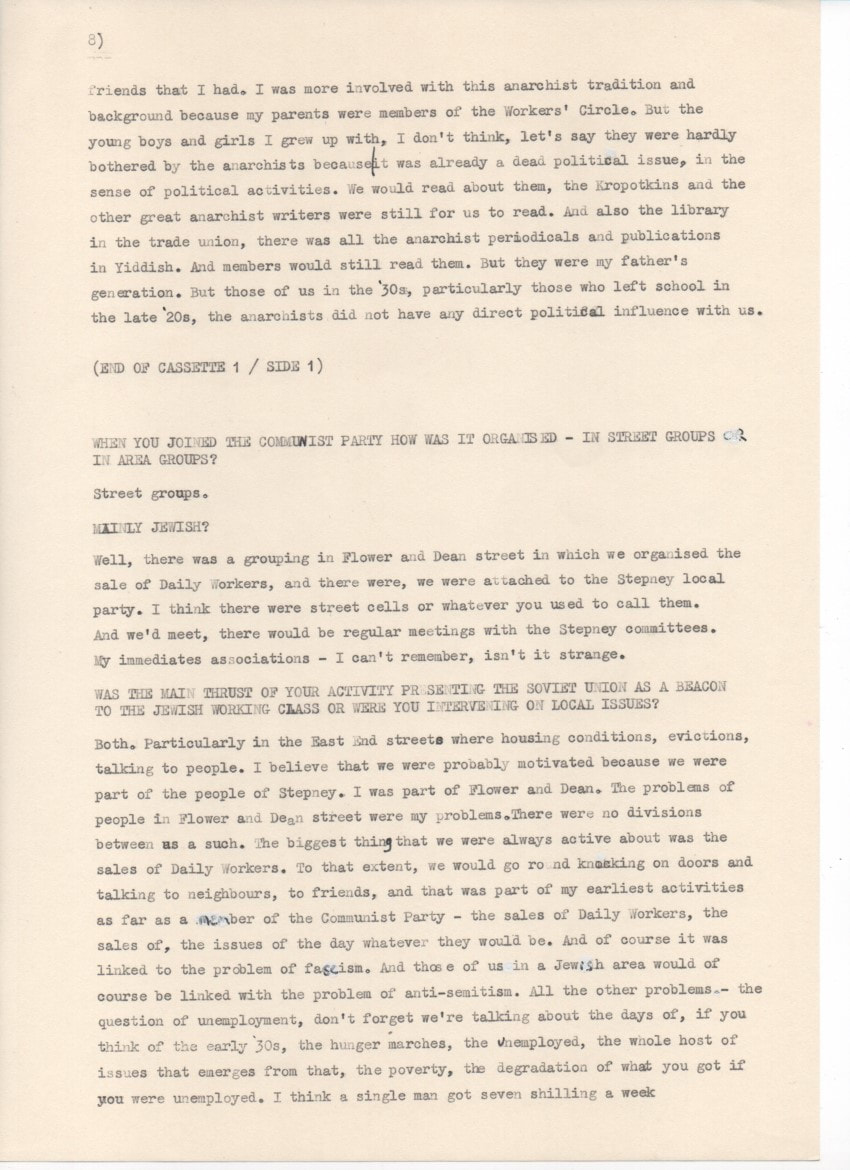 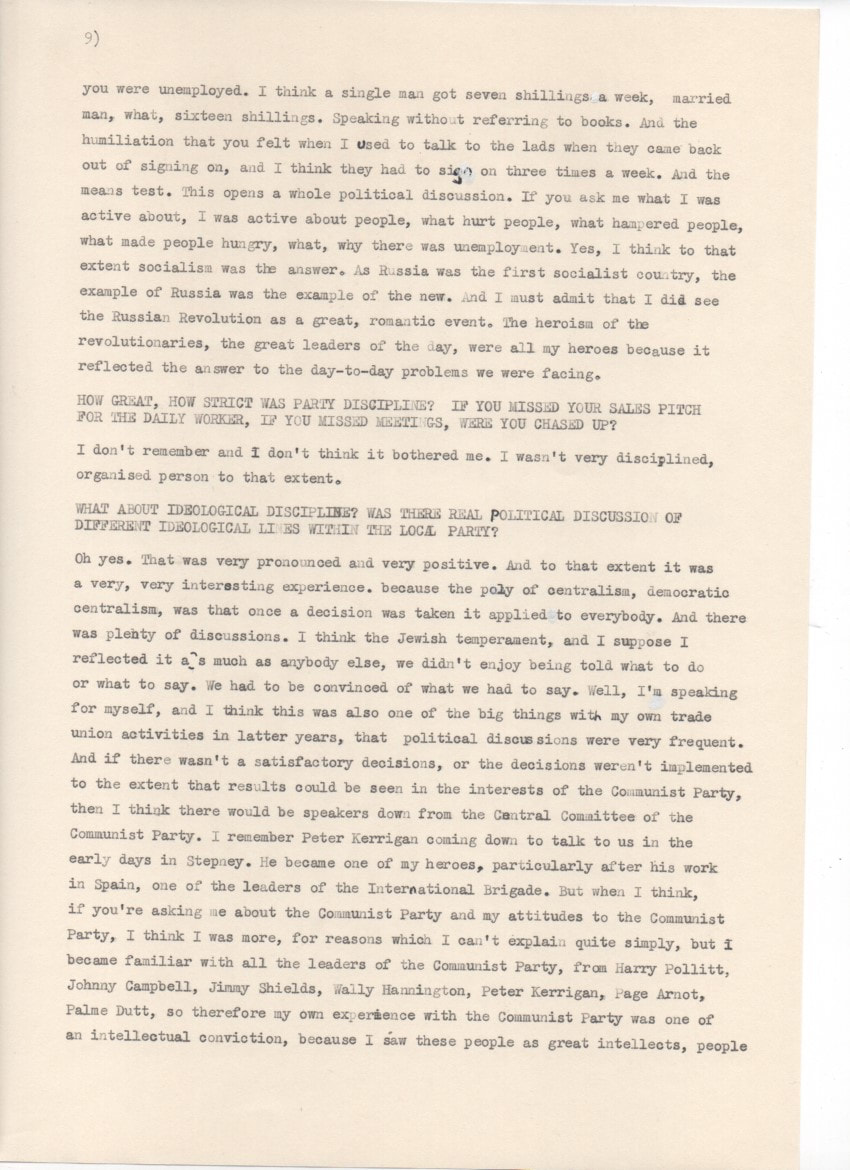 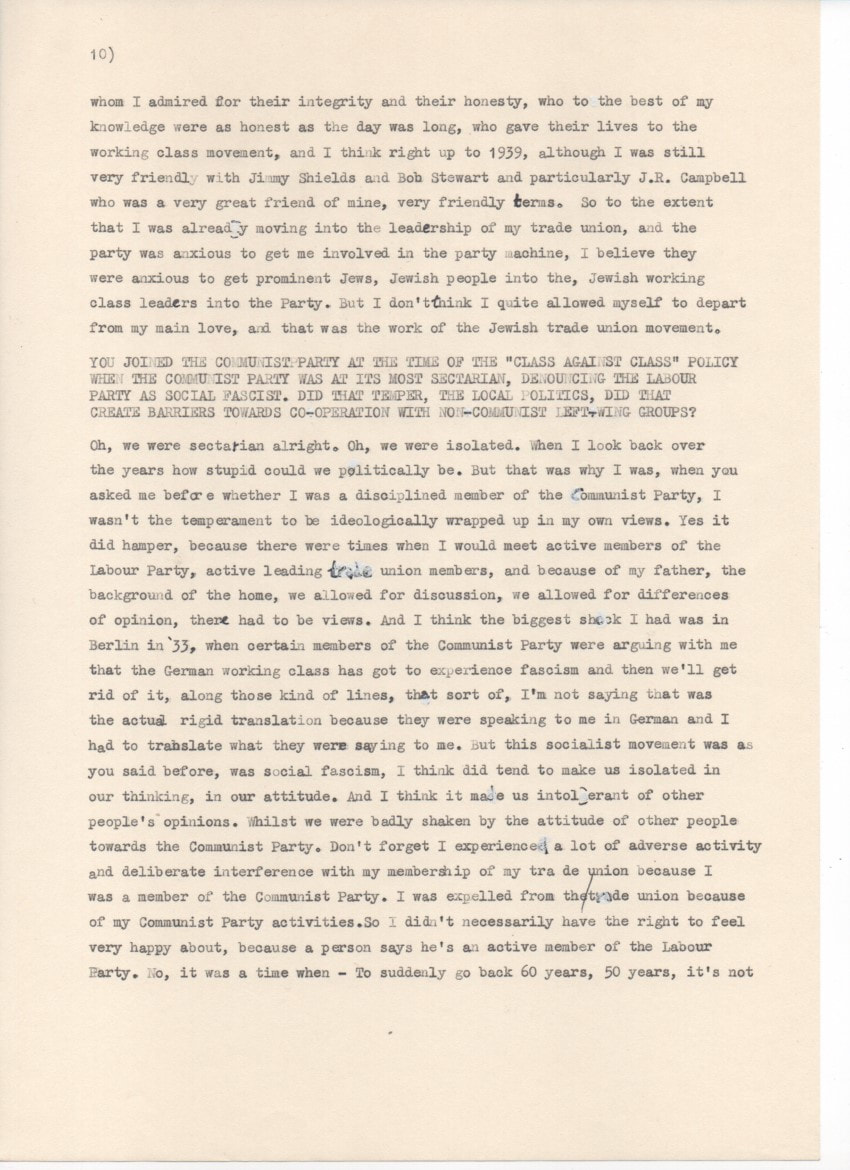 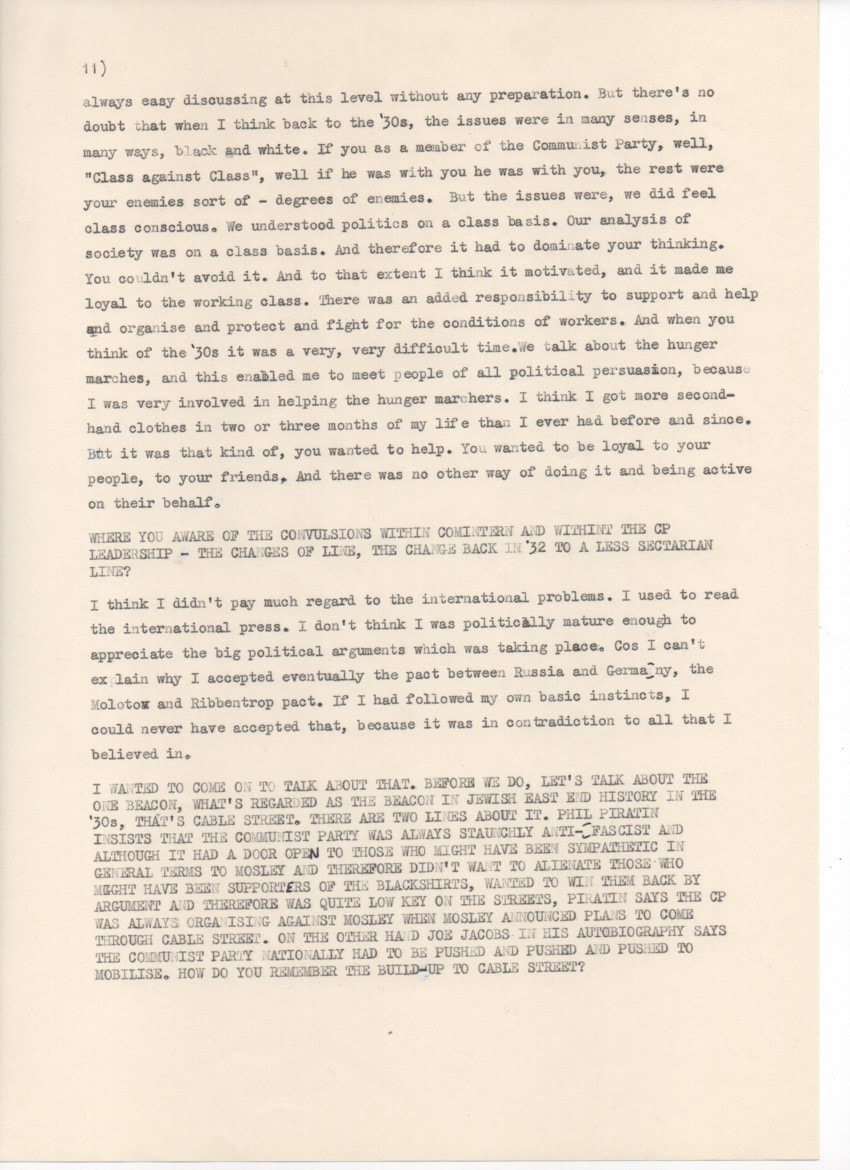 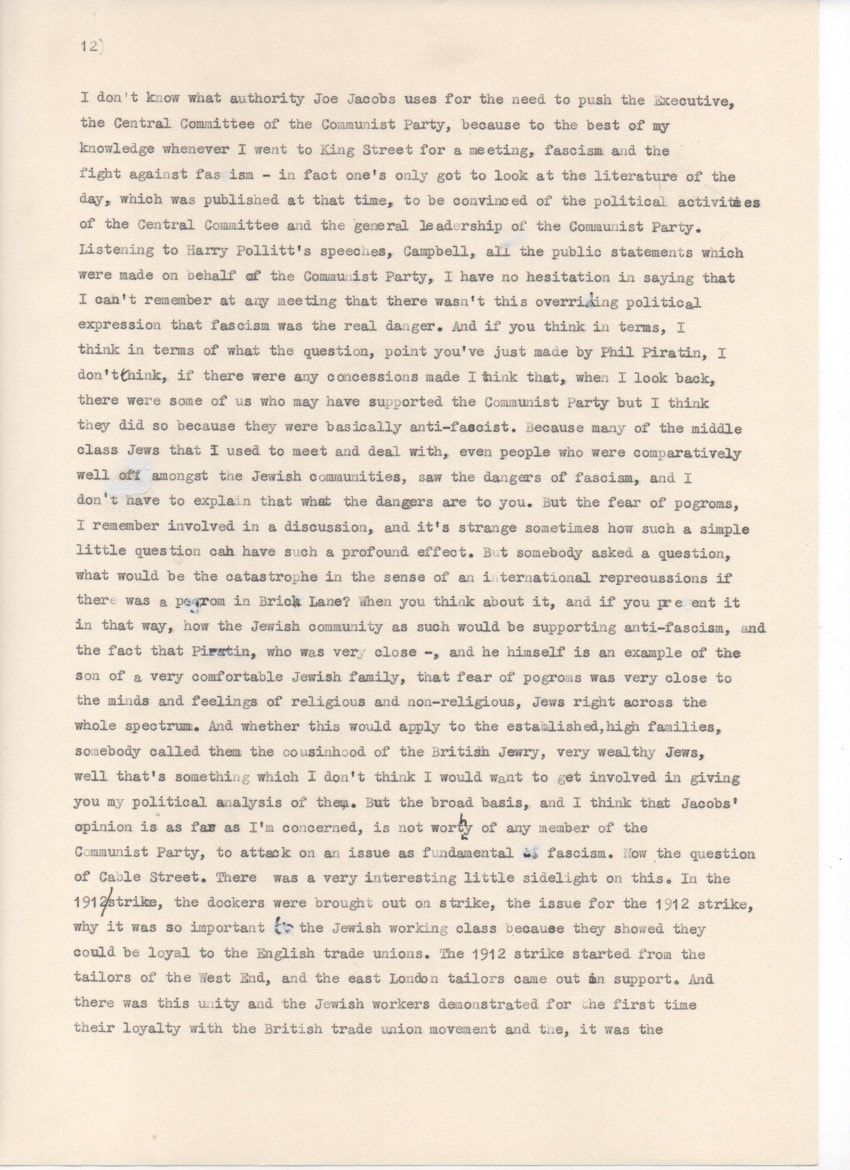 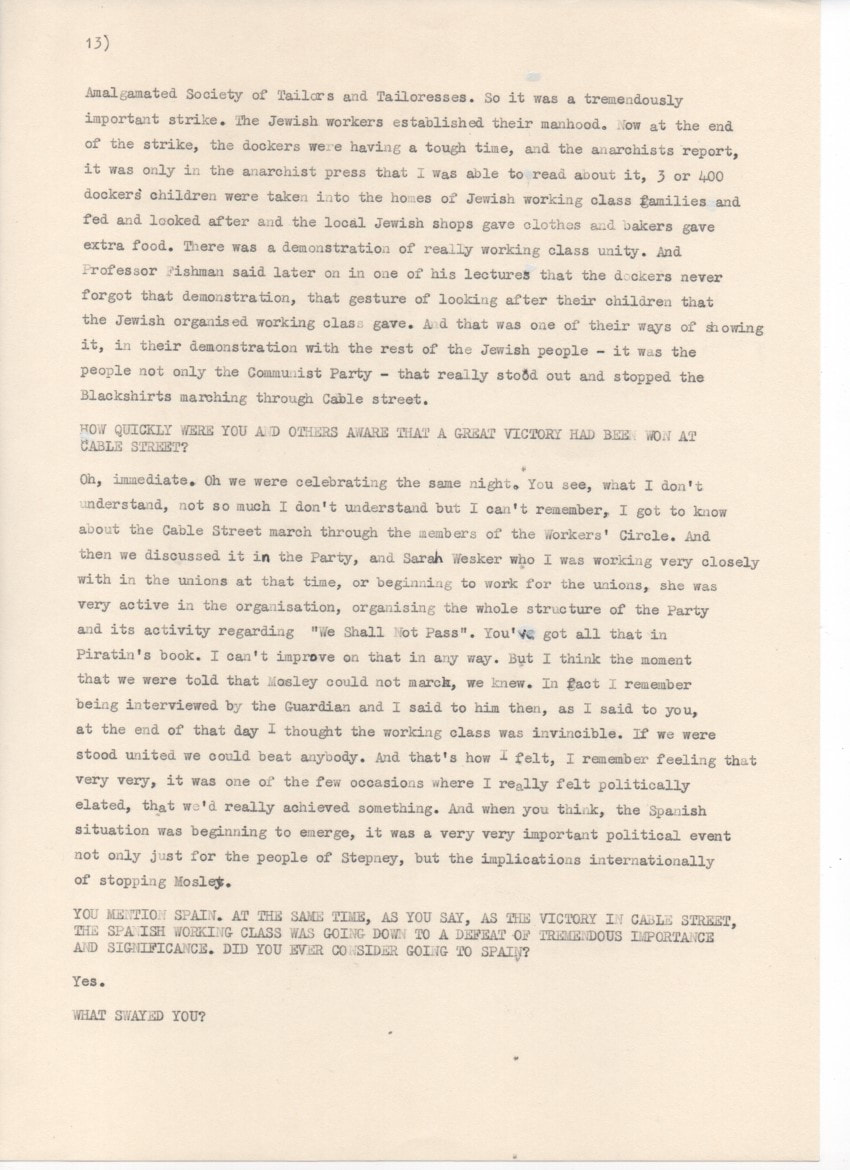 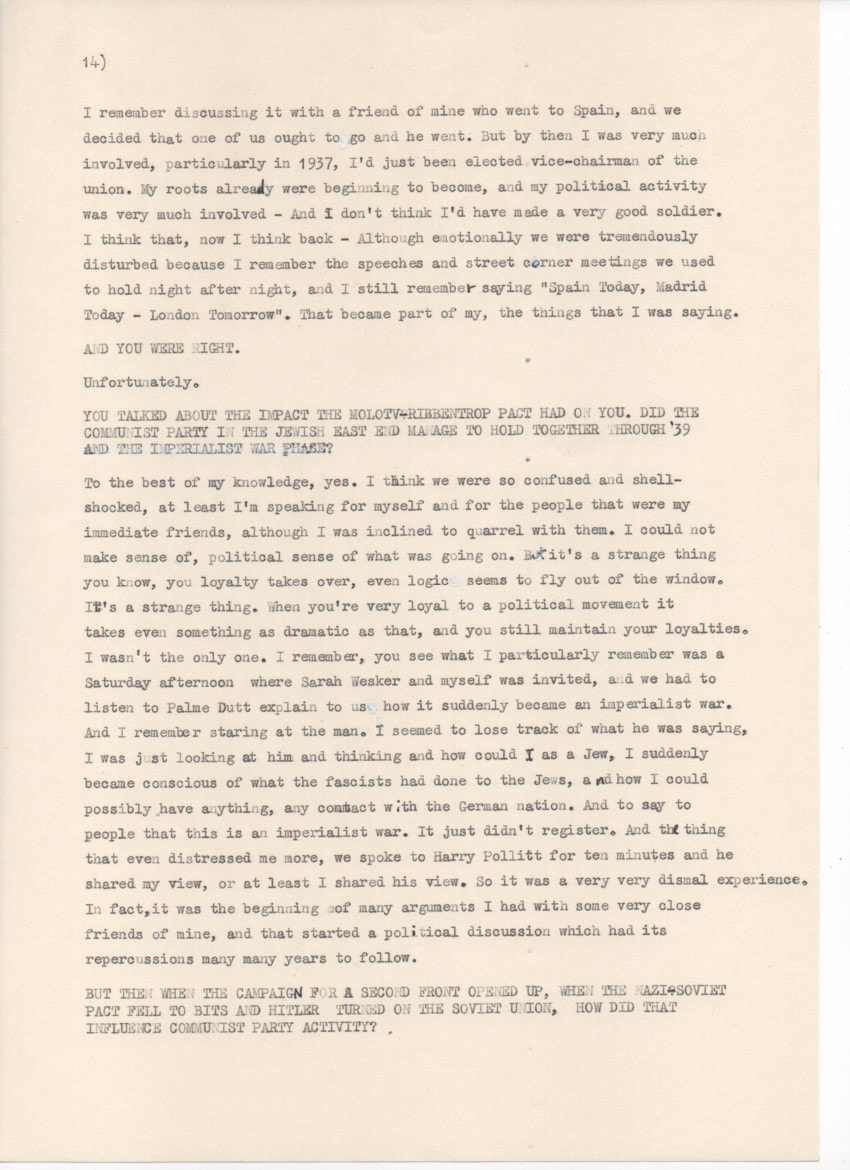 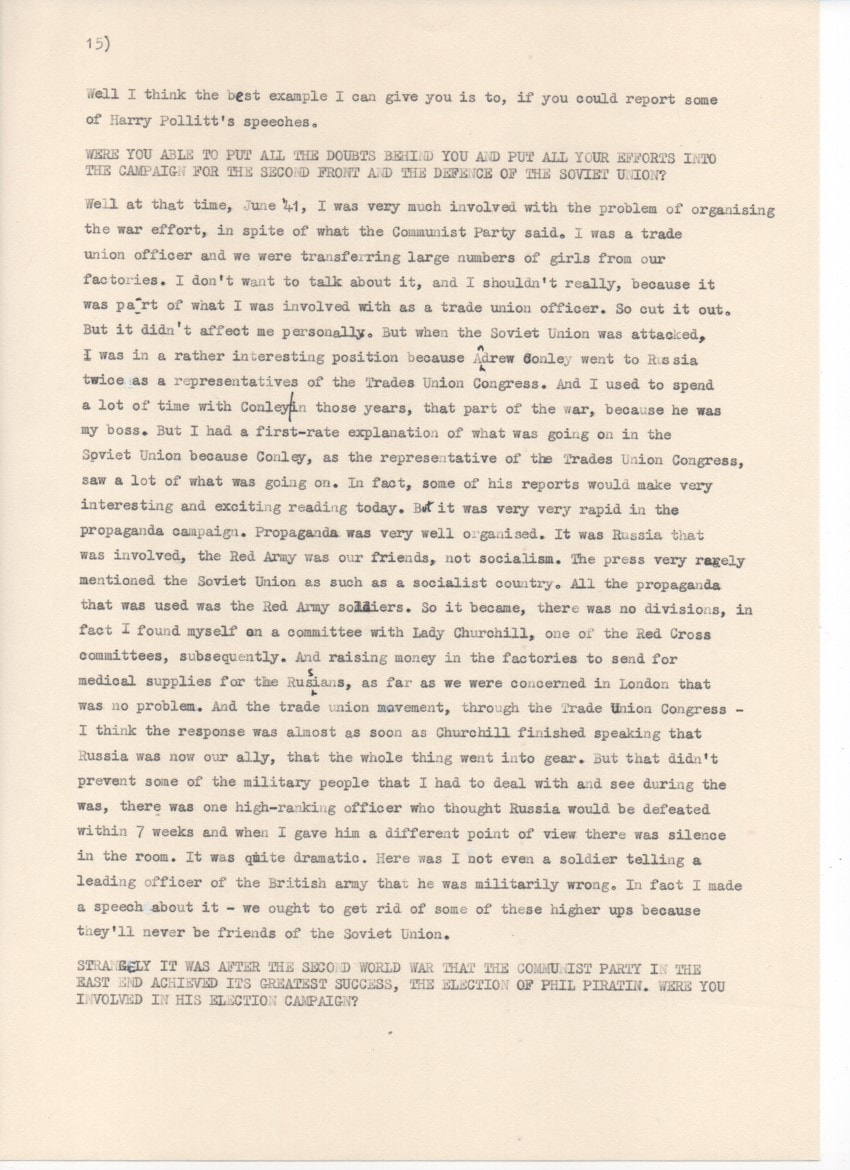 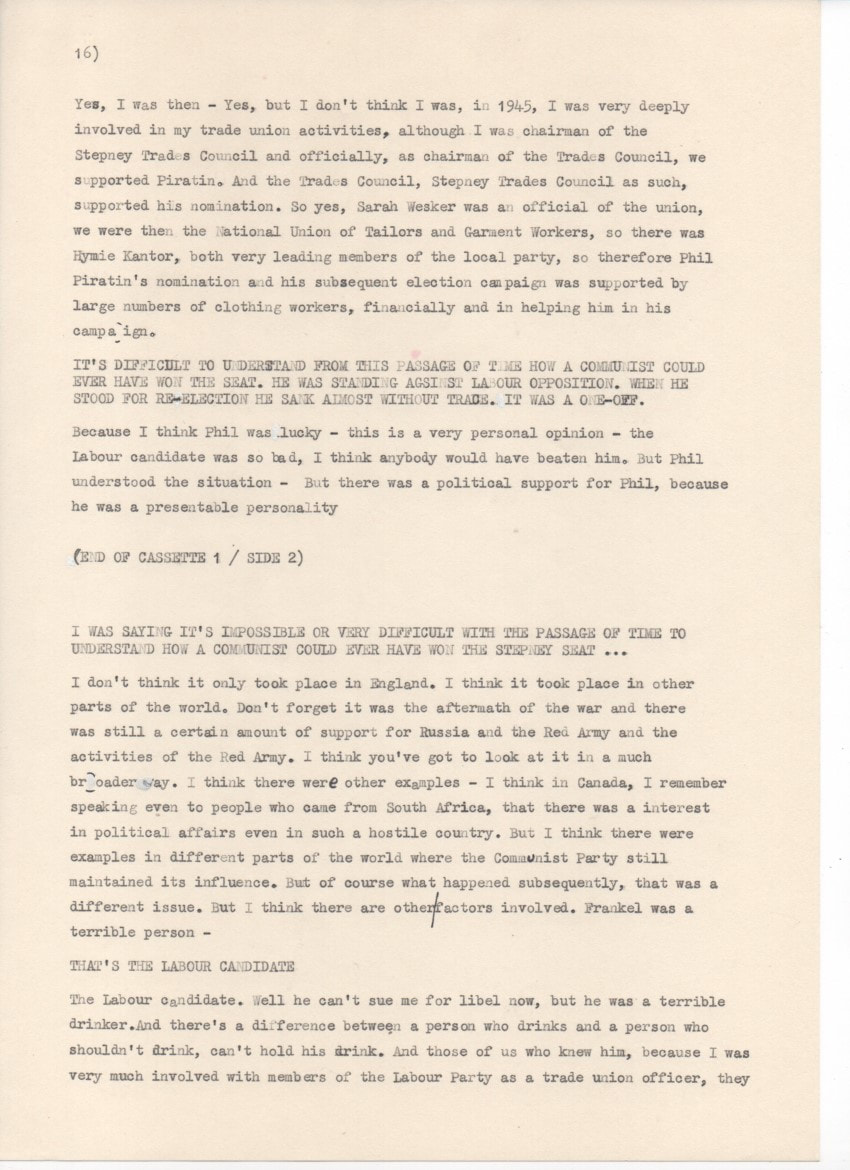 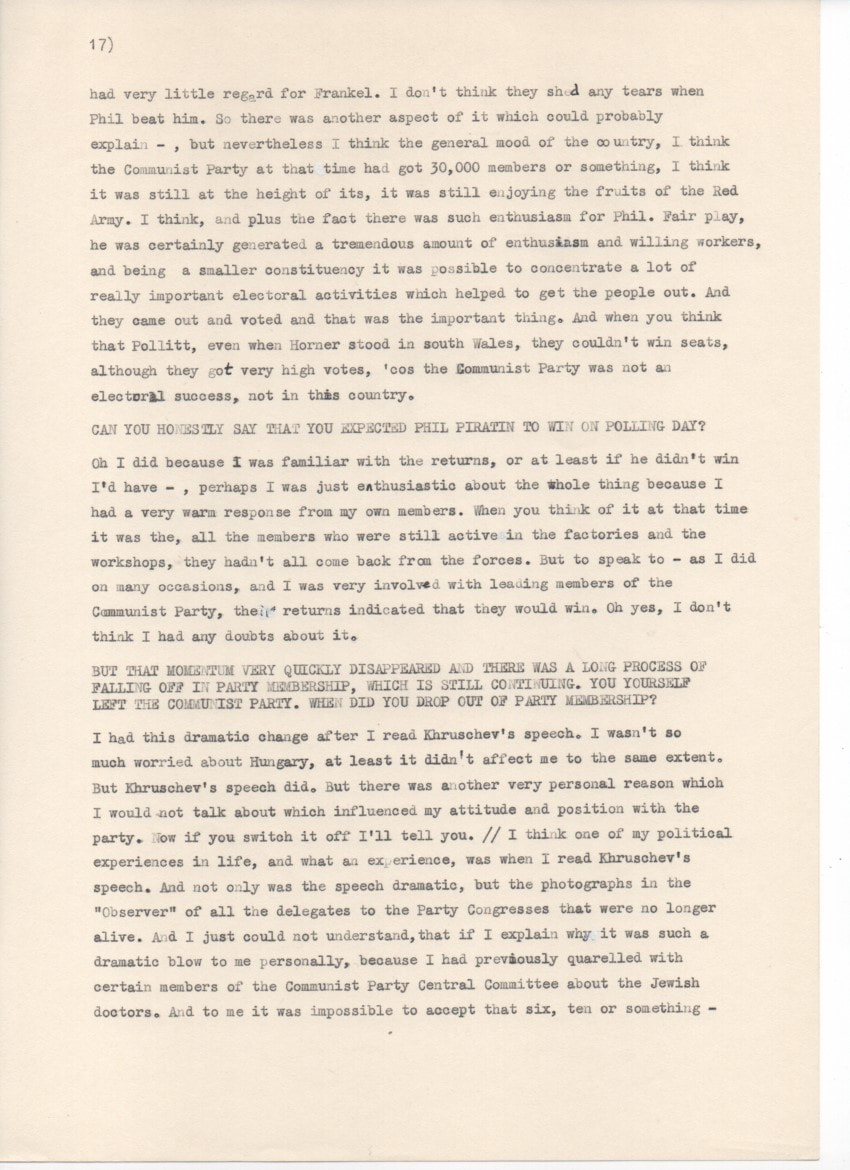 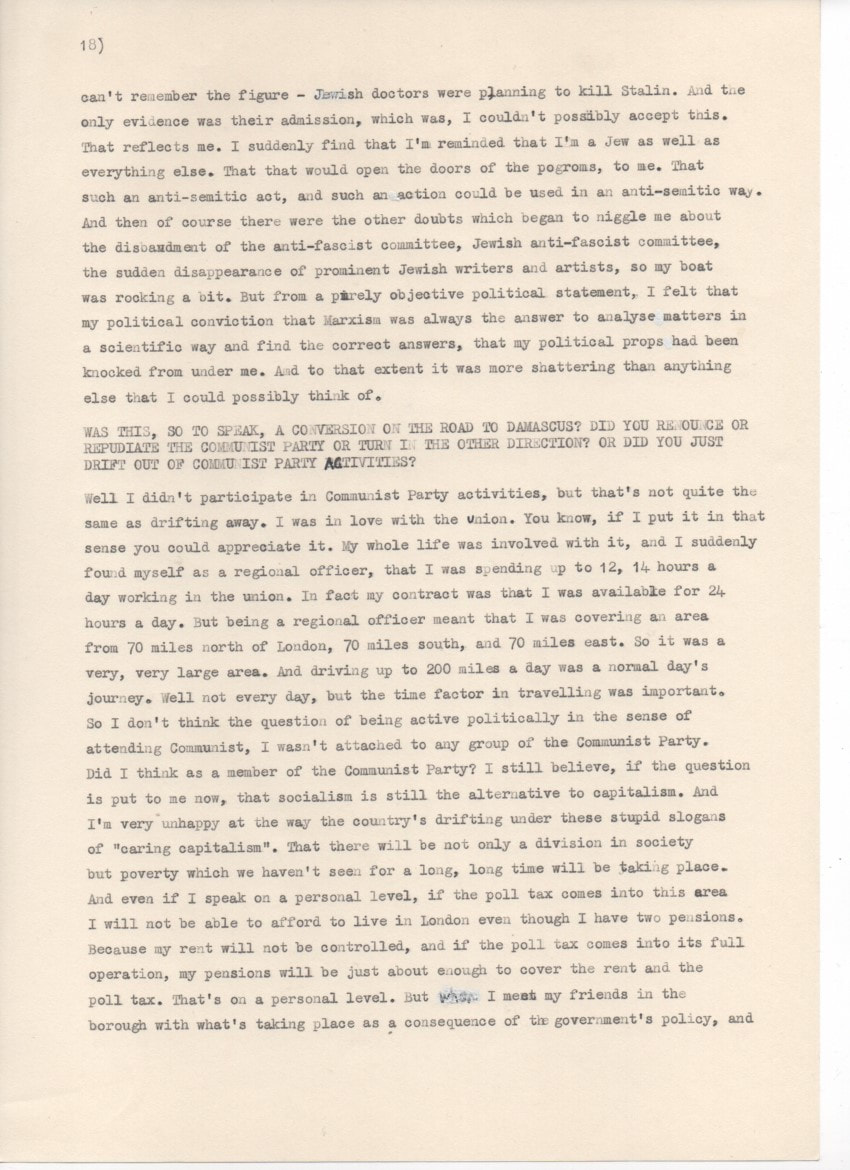 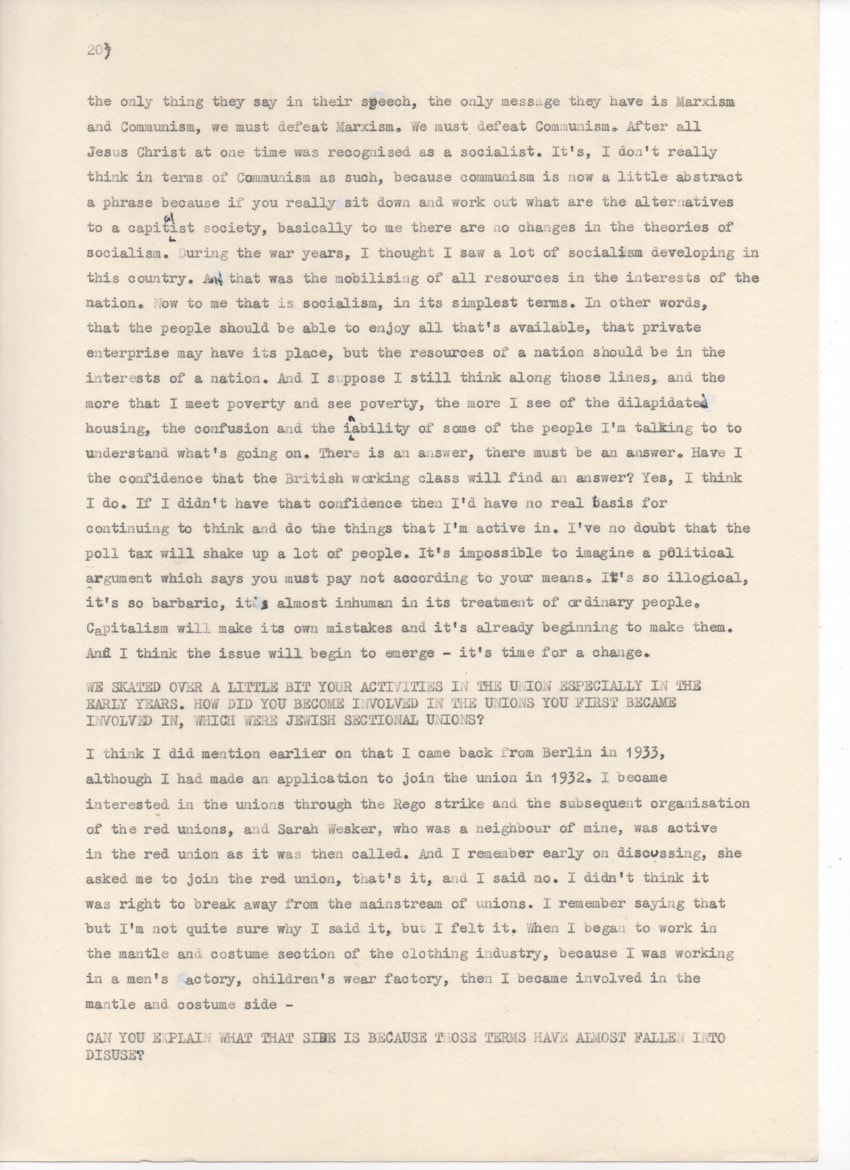 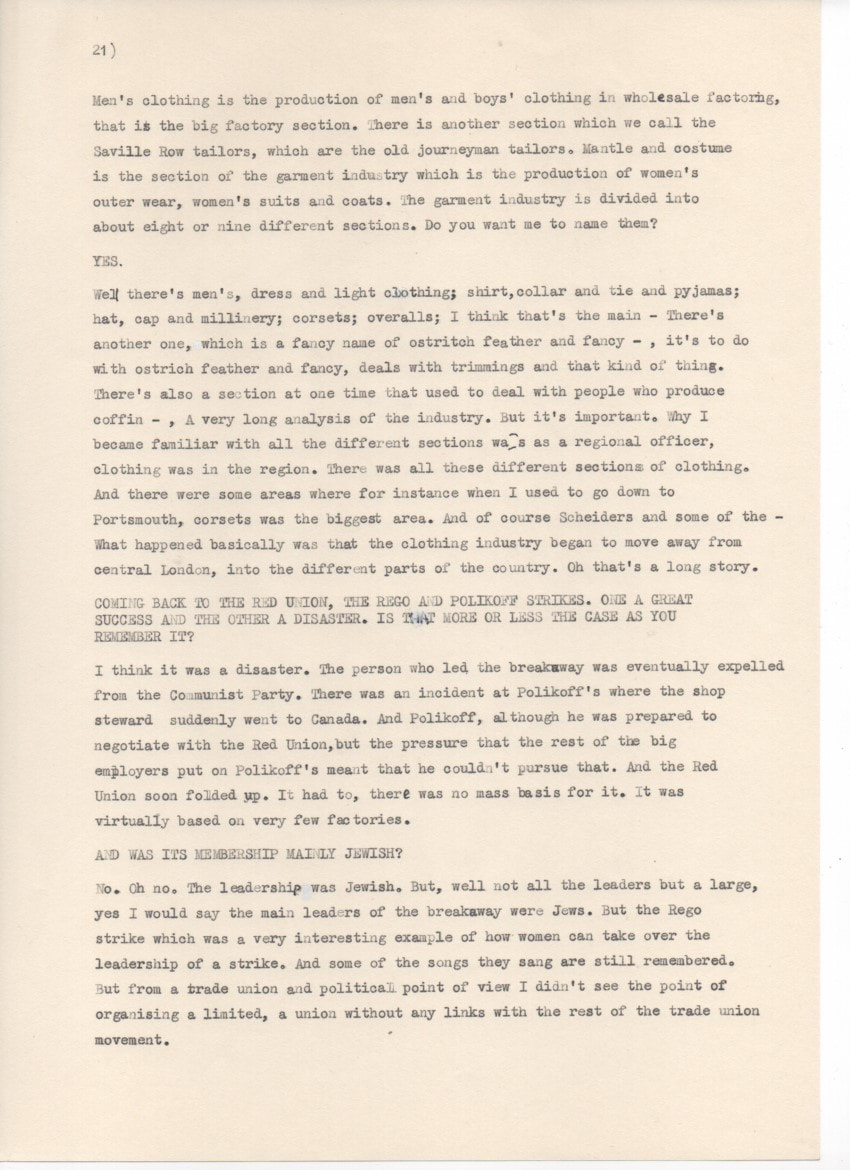 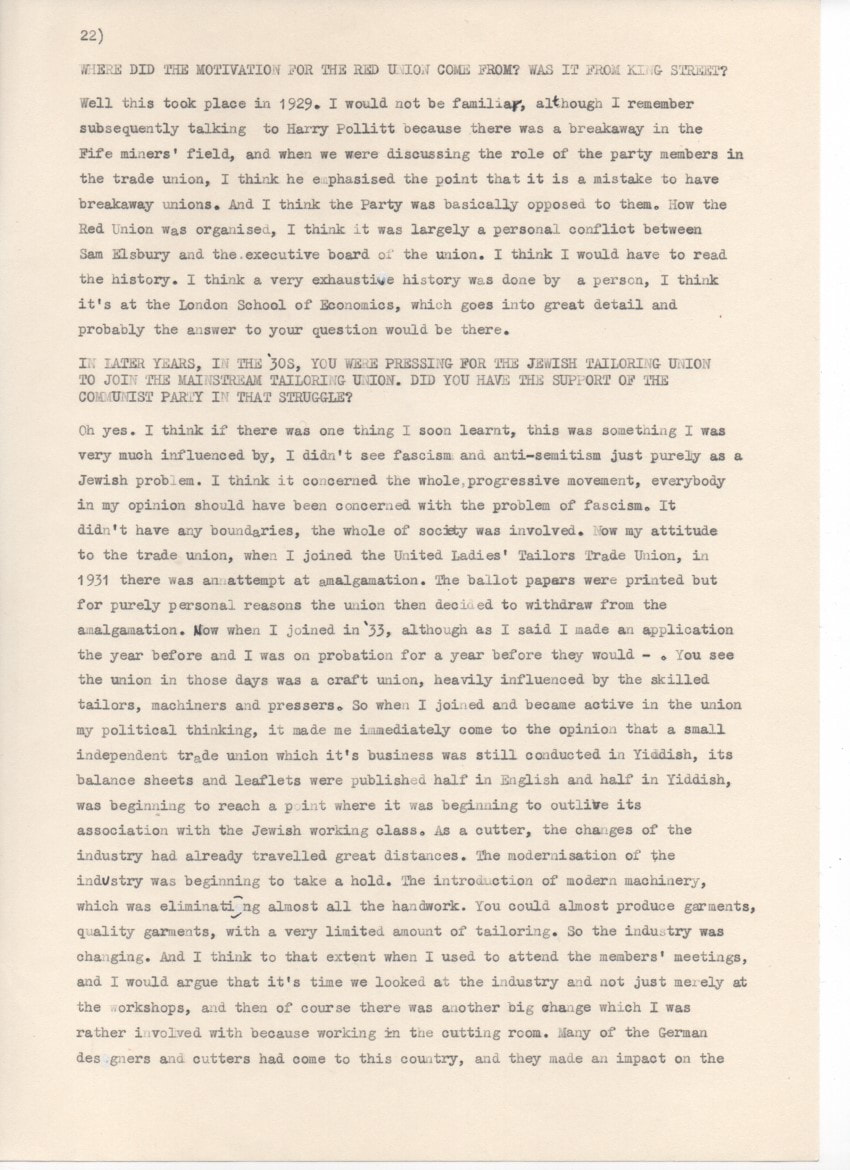 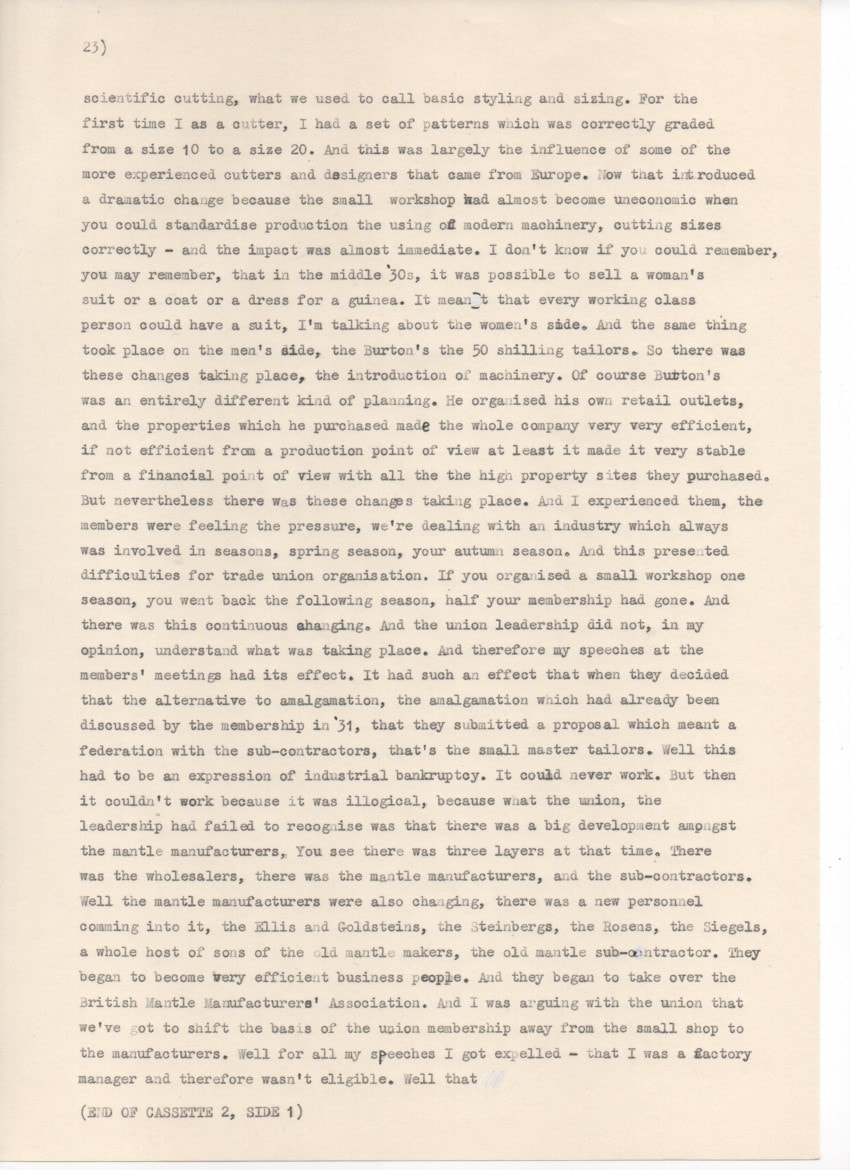 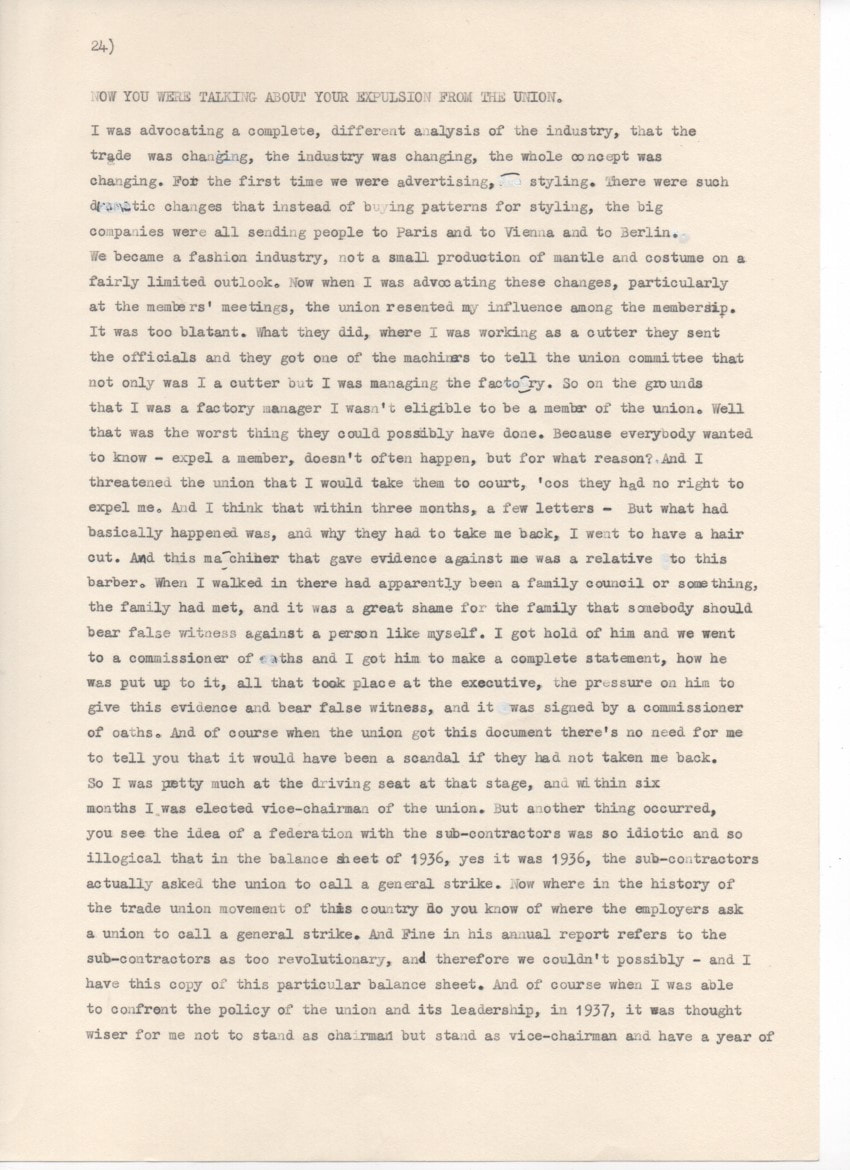 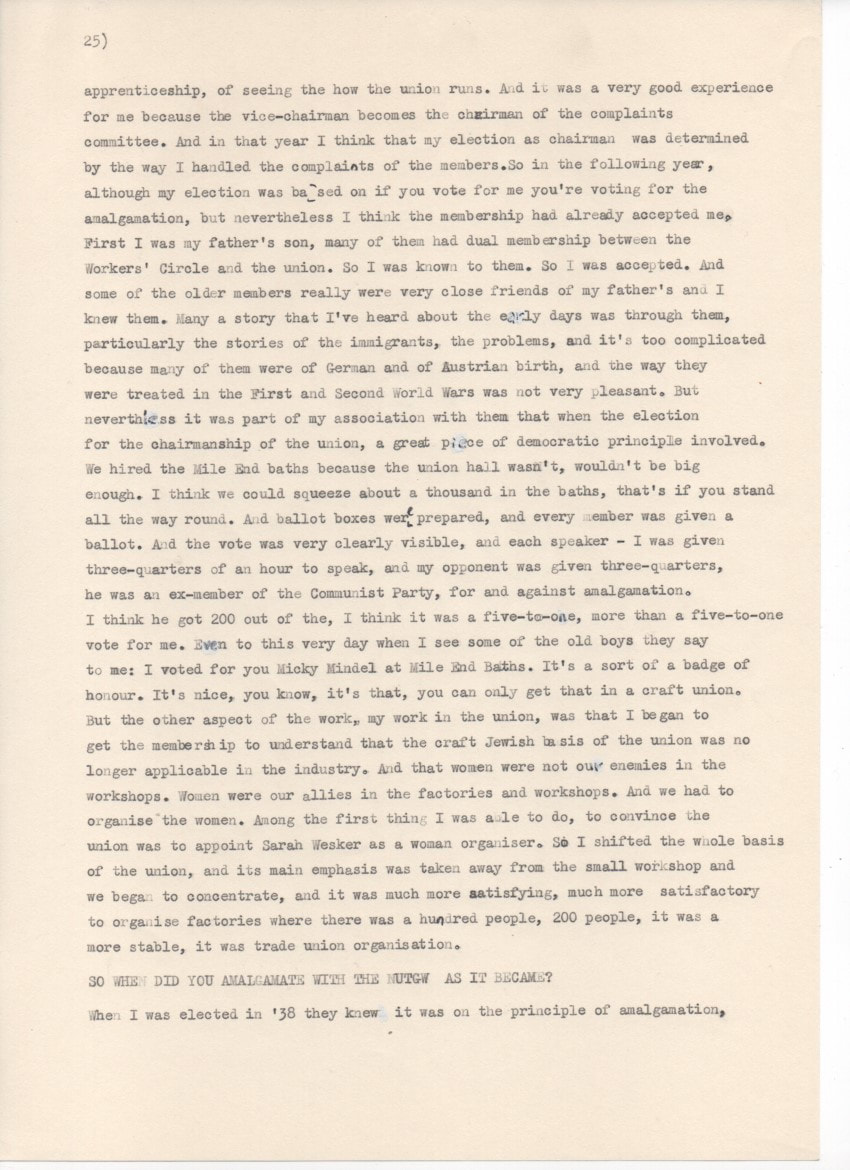 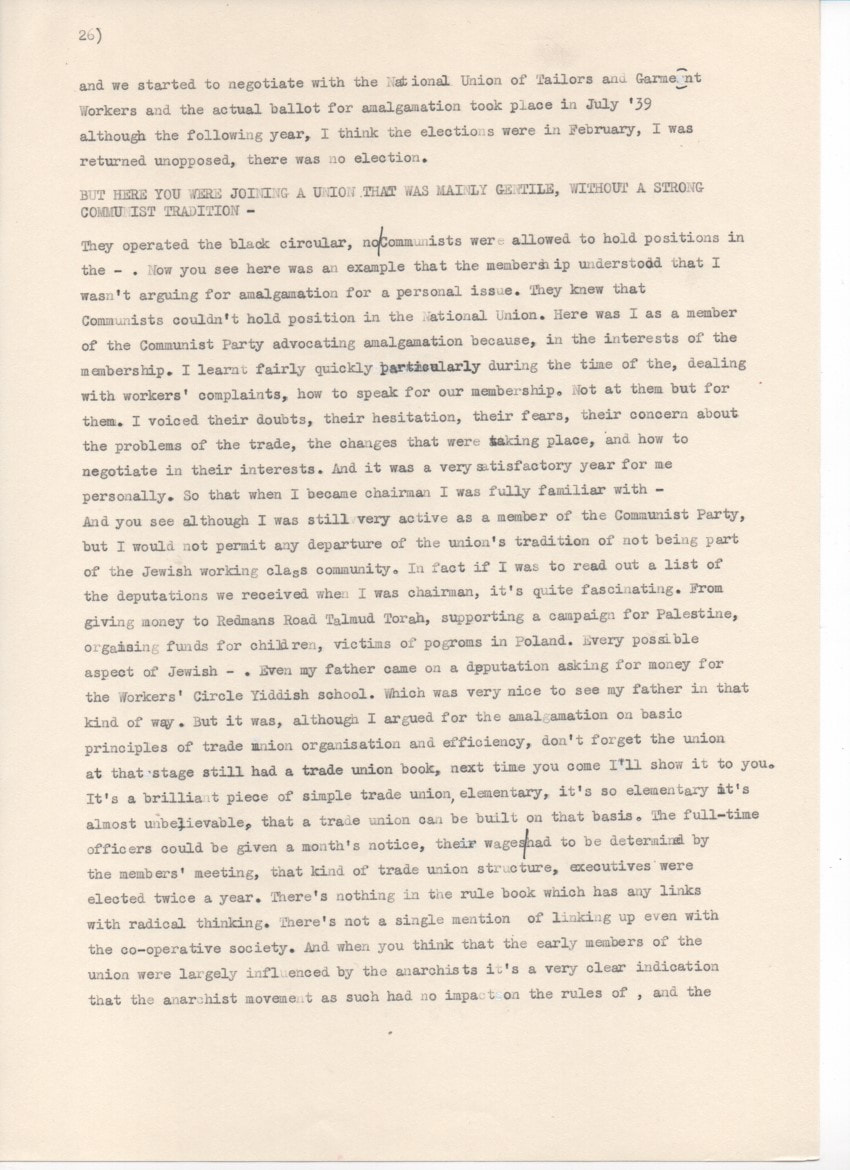 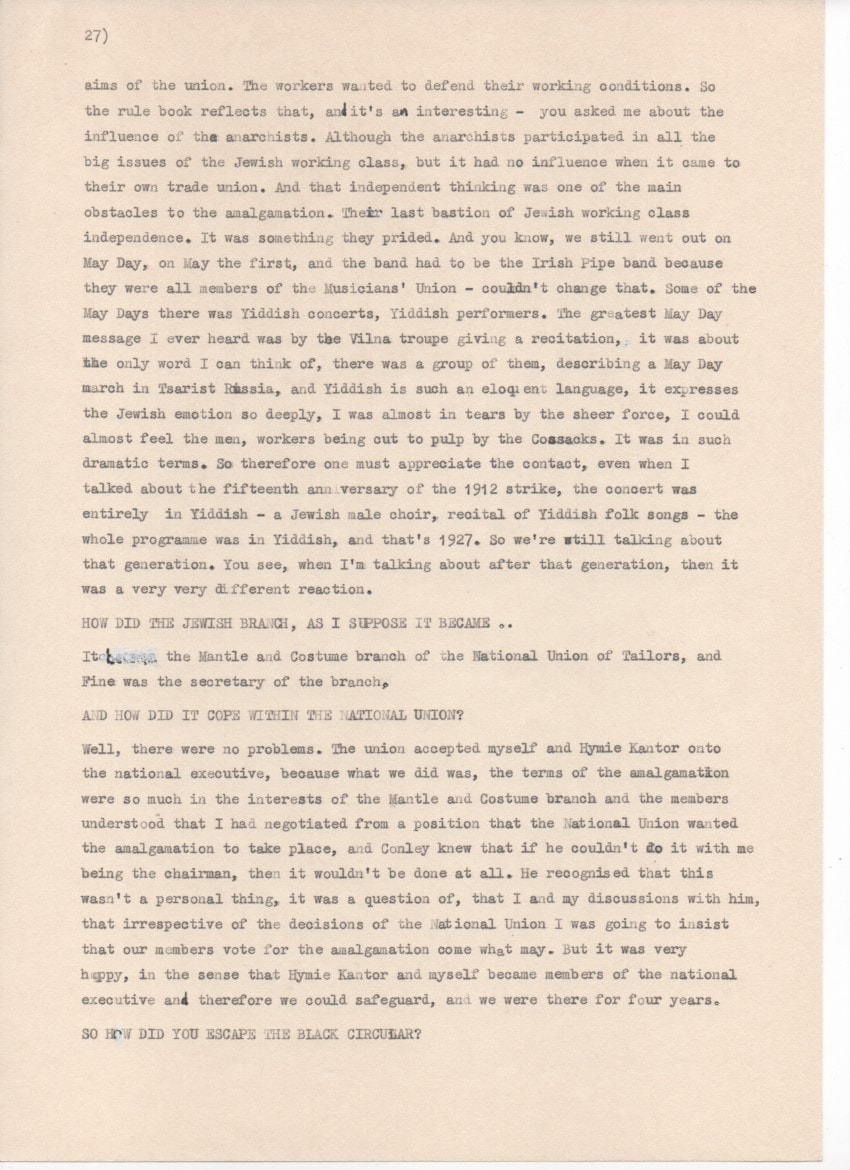 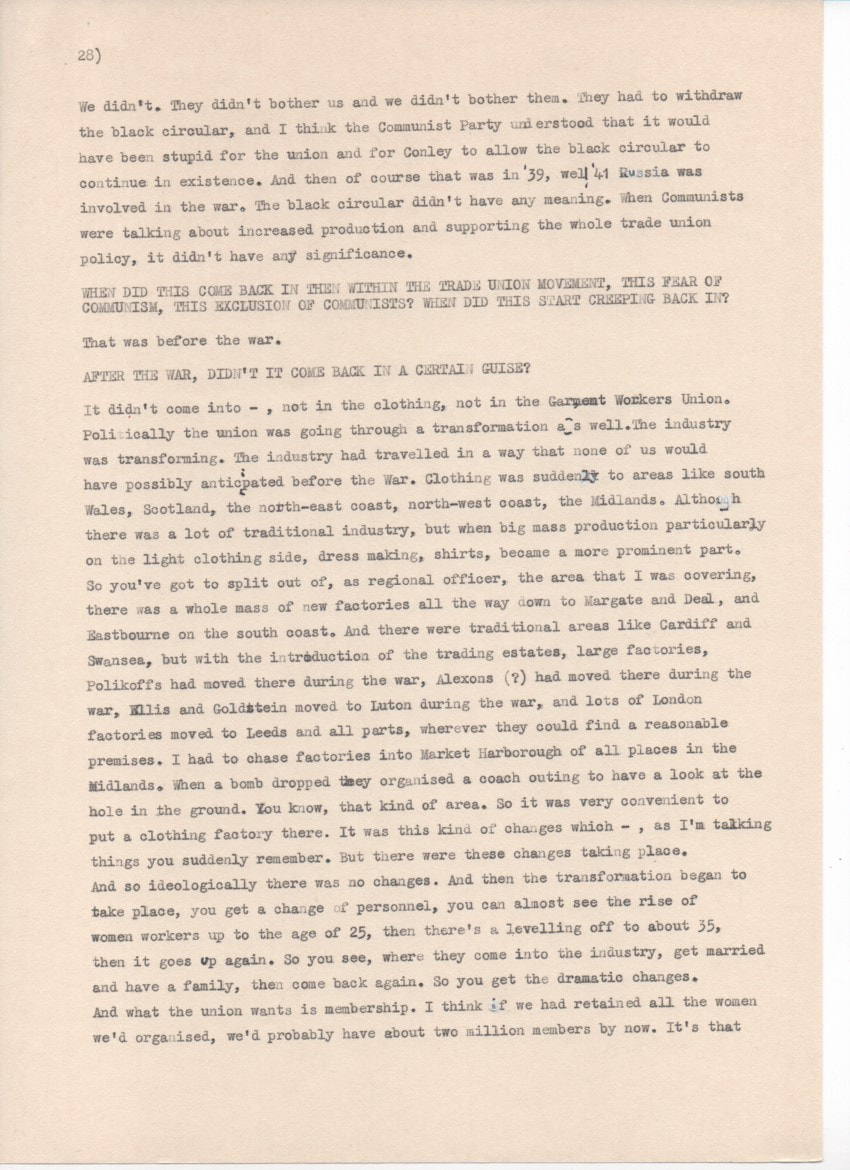 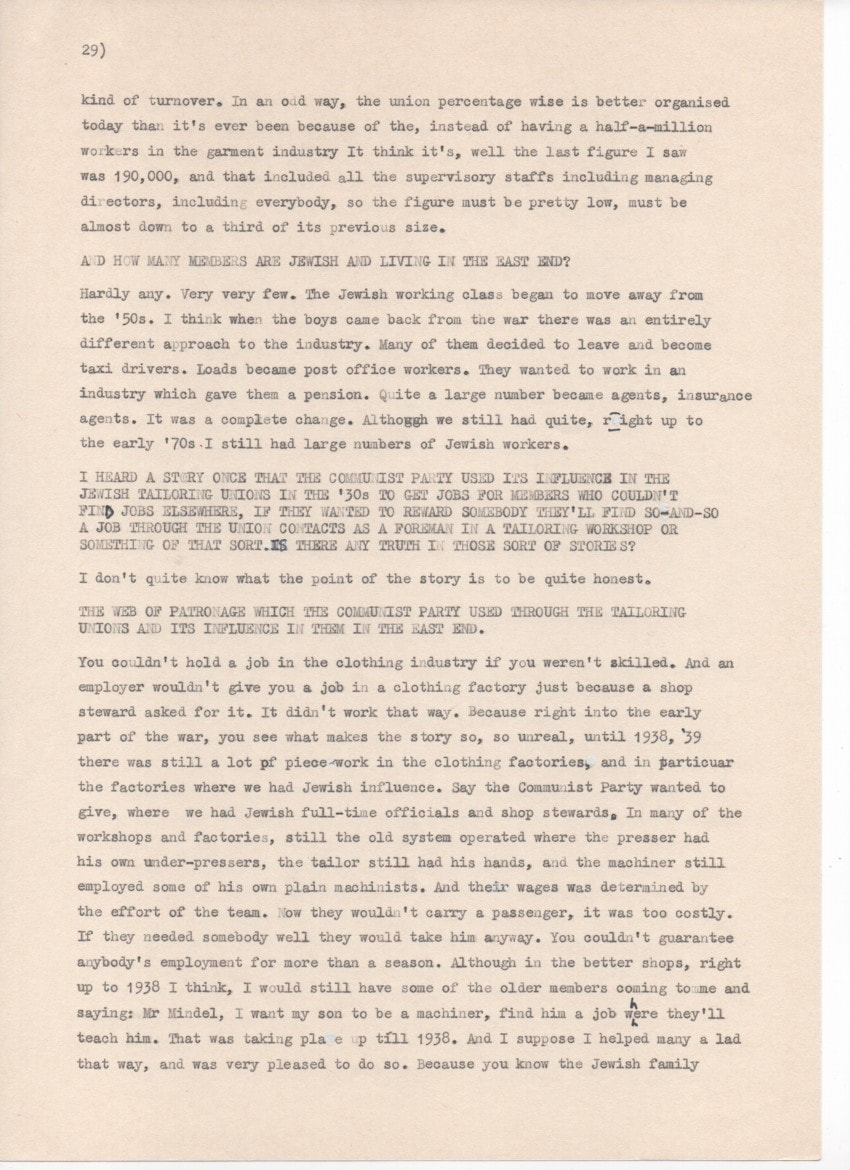 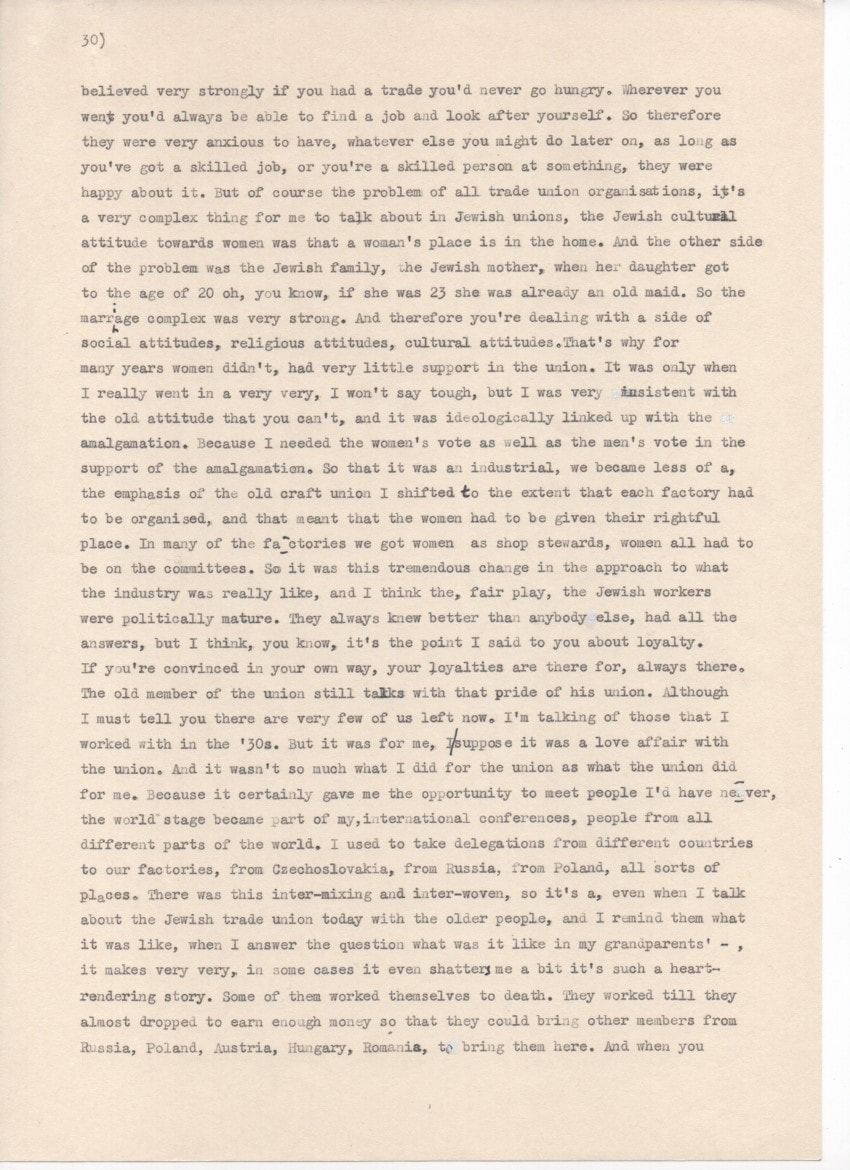 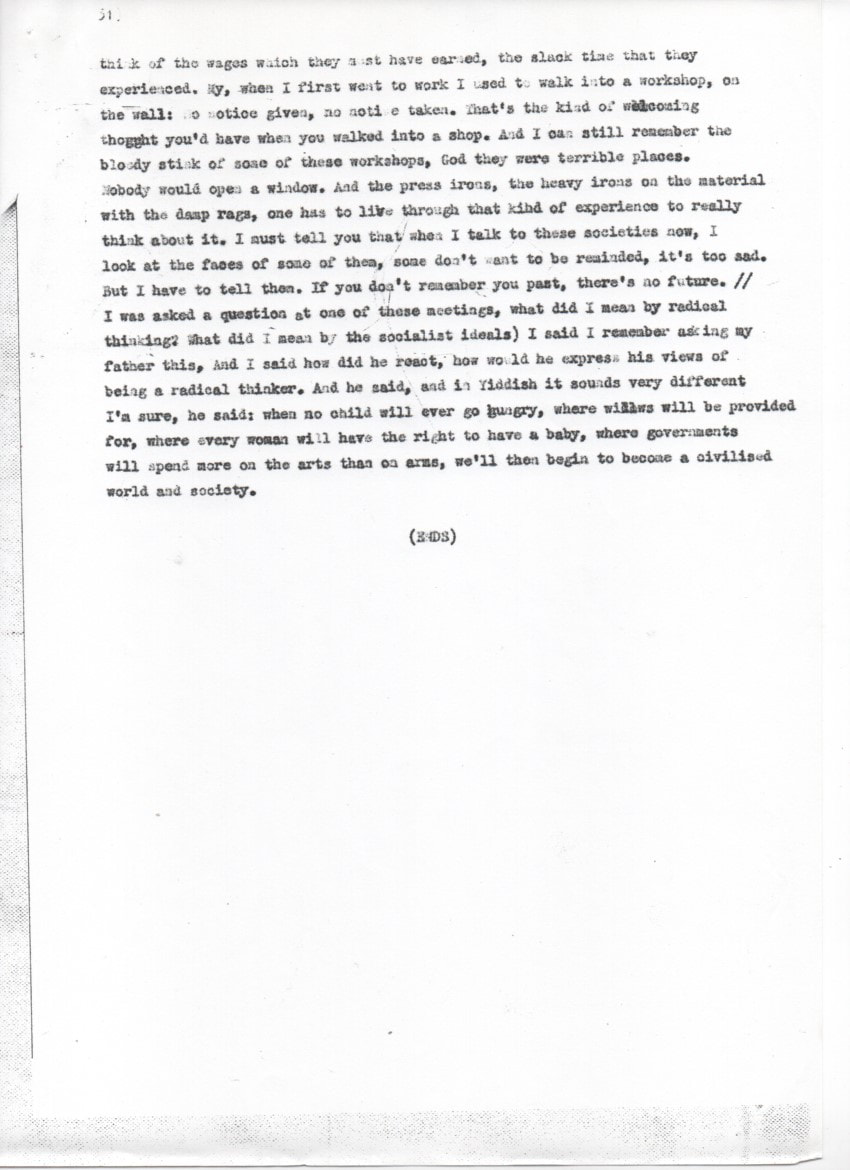