Eric Hobsbawm (1917-2012) was the most distinguished Marxist historian of his generation and a life-long communist. I interviewed him twice at his home in Hampstead towards the end of his long life. This interview was about his memories of Berlin in early 1933, when he was a fifteen-year-old communist-supporting schoolboy activist as Hitler consolidated his grip on power. I've posted a trabscript of the interview further down the page.

​The interview formed the spine of an edition of the BBC World Service programme Witness - here it is:

A few weeks earlier, in December 2011, I had interviewed Hobsbawm (who was born in the Egyptian port city of Alexandria) about the Arab 'Spring' of 2011, and he spoke of the similarities with 1848, the 'Year of Revolutions'. That was broadcast as a short interview on the World Service programme  The World Today and was also the basis of an article on the BBC website:
And here's the transcript of the interview about Berlin in 1933: 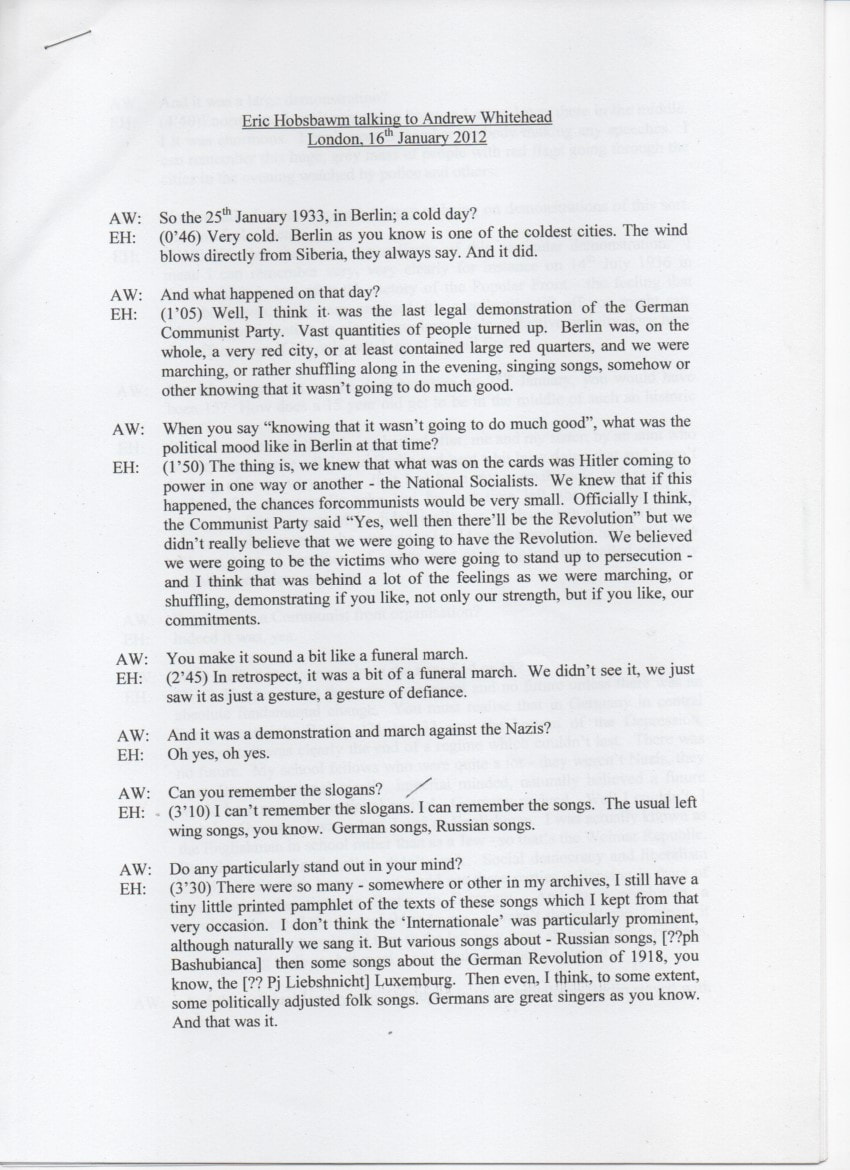 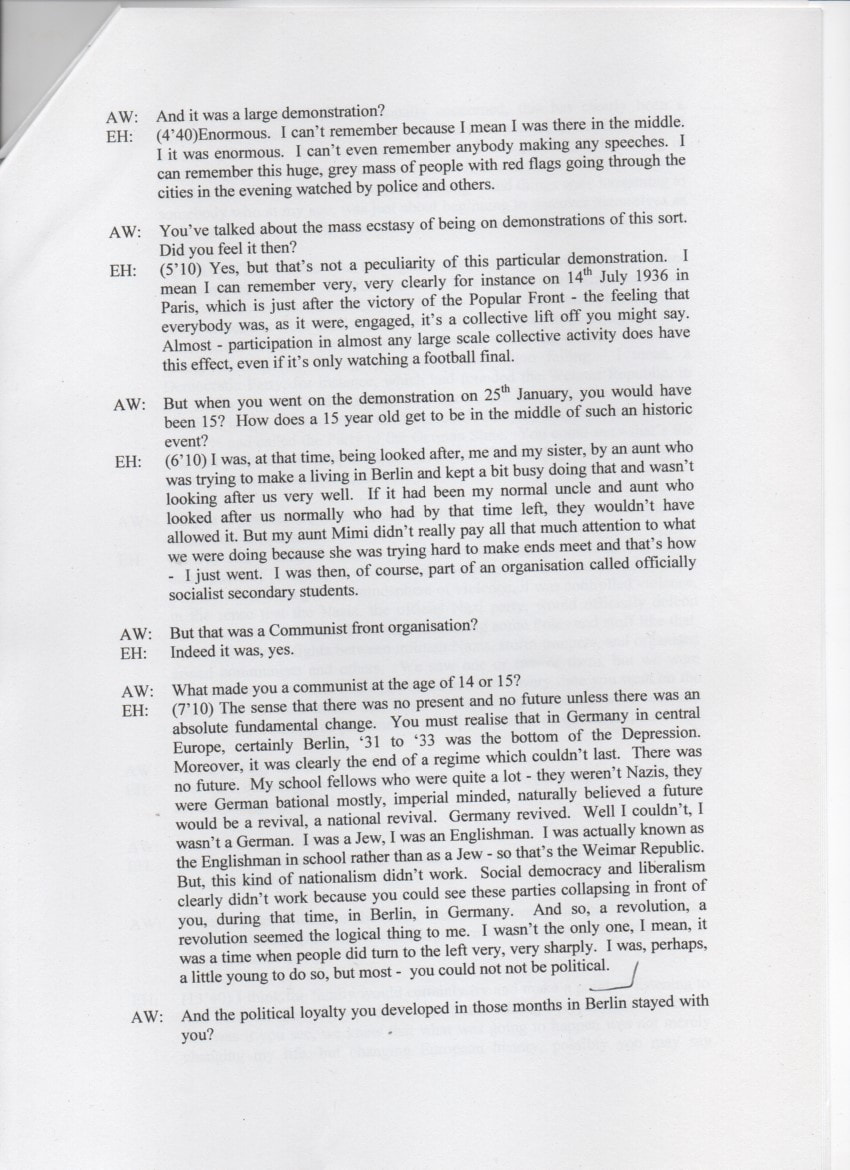 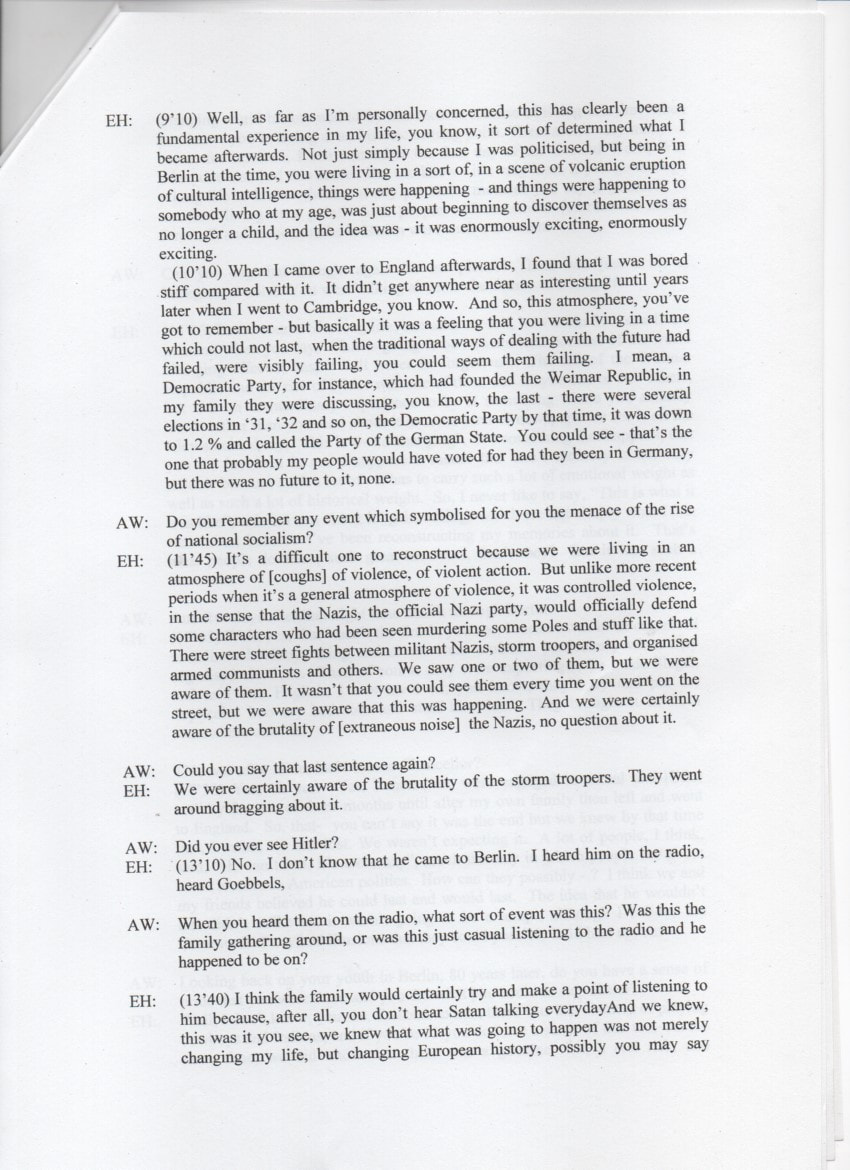 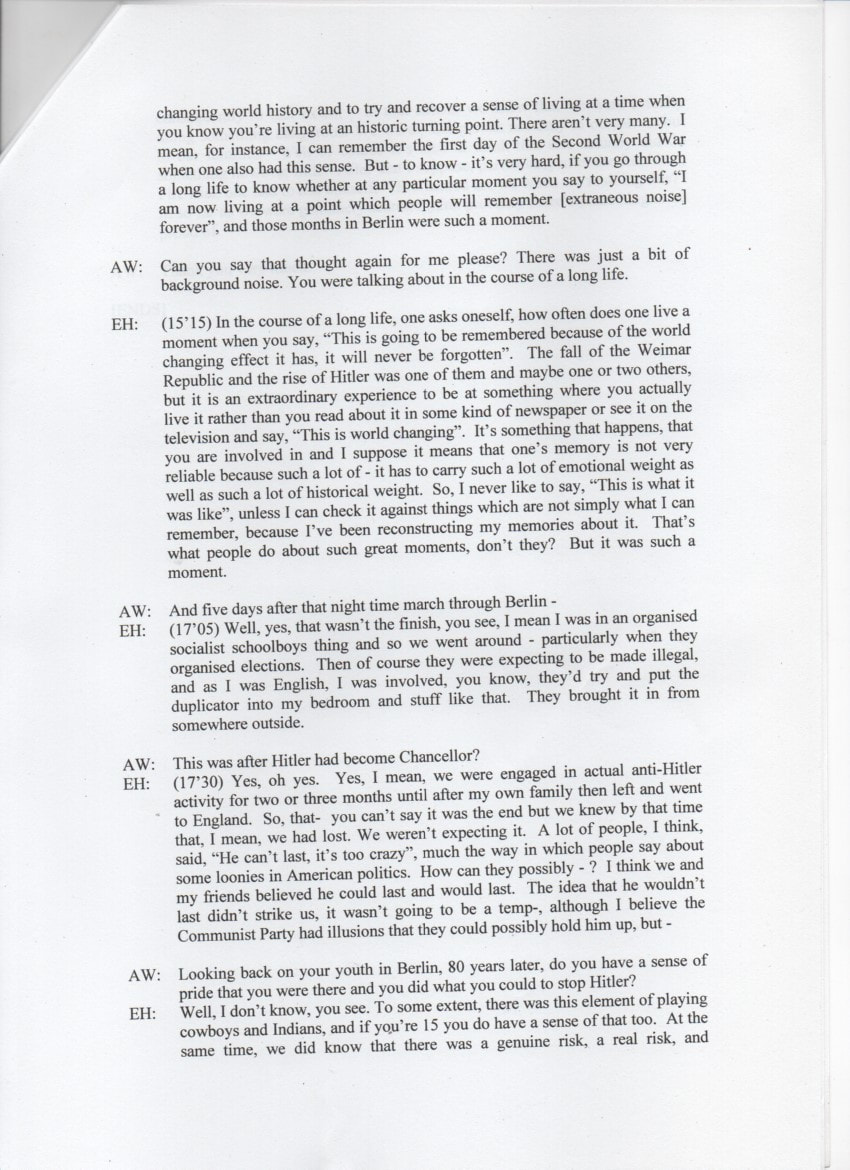 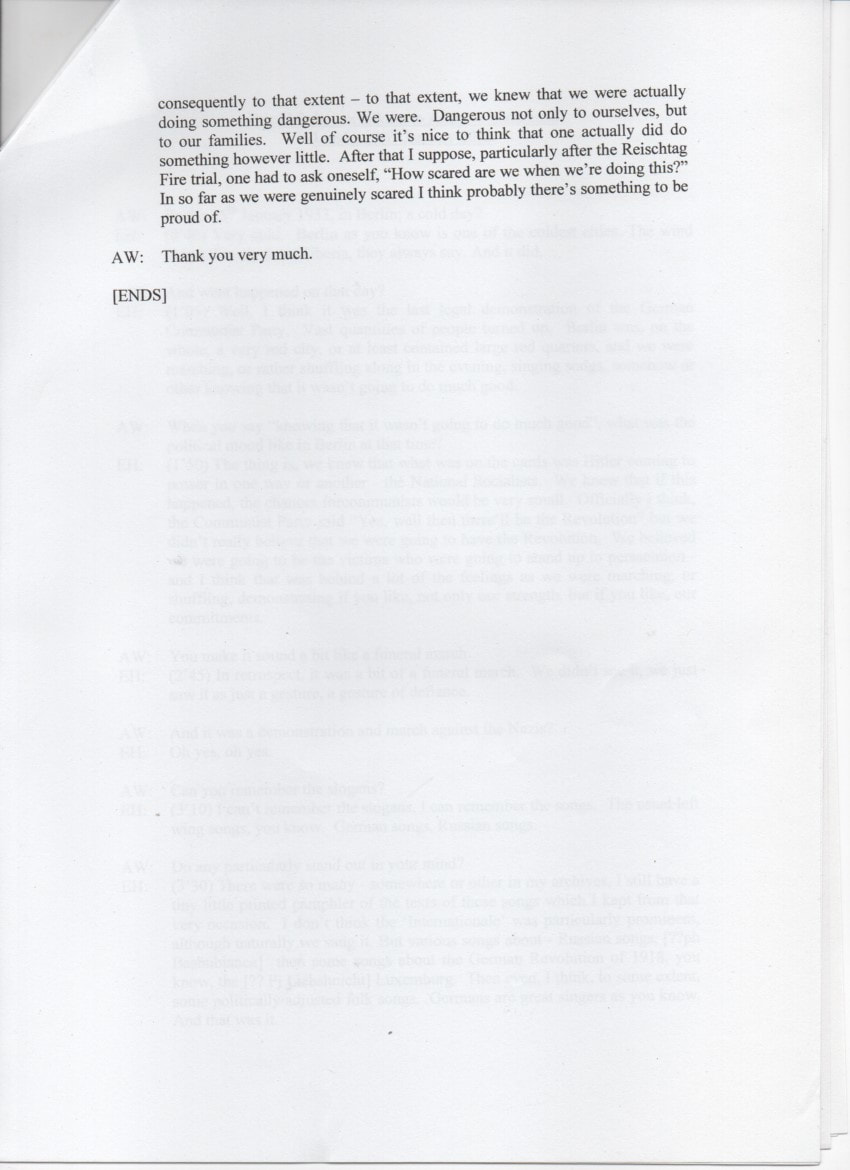