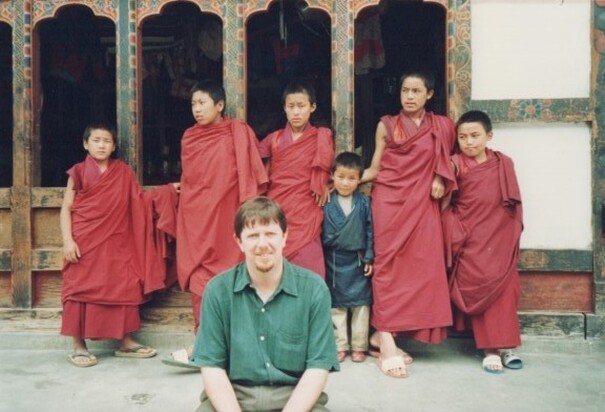 The mountain kingdom of Bhutan, nestling high in the Himalayas, has tried to achieve a difficult balancing act. One of the world's most isolated countries, it's seeking to open up gradually to the outside world, without losing its distinctive Buddhist culture and values. For the few tourists fortunate enough to get there, Bhutan often seems a magical place - but there's also another side to the country, as Andrew Whitehead discovered:

No paradise, I suppose, can be quite as idyllic as it's painted. Bhutan likes to present itself as a sort of Shangri-La - a far-away Himalayan fastness where the spiritual is placed above the material, where the air is clean and the water pure, where people are happy, farm their own land, love their king, and don't hanker after all the high technology trappings of life in the west. That's not the complete story.

Bhutan does have an awful lot going for it, The scenery is spectacular - deep, densely forested valleys in the foothills of the eastern Himalayas, with snow-covered peaks never all that far away. Cannabis grows like chick-weed and is fed to the pigs to keep them quiet.

There's no pressure on land. Two-thirds of a million Bhutanese live in a country a little bigger than Switzerland. Forests are not being chopped down for firewood; mountain sides are not being cleared in the quest for more cultivable land.

Its isolation protected Bhutan from most potential invaders. The Tibetans sometimes stirred south through the mountain passes, bringing with them a form of Buddhism which still shapes Bhutanese culture. The mountain dzongs, ancient monastic fortresses, remain the most dramatic examples of traditional Bhutanese architecture.

The first proper road into the Bhutanese capital, Thimpu, was constructed in the 1960s. It wasn't so much that Bhutan kept the world at bay, rather that until recent times the world simply couldn't get there. It's still not easy. The government is very choosy. Tourists can come, but only a few thousand a year and at premium rates which exclude all but the very rich.

The king has helped engineer Bhutan's policy of gradual engagement with the world beyond the mountains. He has four wives, seems genuinely popular and is very much the man that matters. I was a little alarmed when, just as a convoy of cars was approaching on one of Bhutan's twisting mountain roads, my driver dived out of view into the leg space of the front passenger seat. The convoy was escorting the king. The driver was not some fugitive from justice, just showing due respect.

Political pluralism has not reached as far as Bhutan. Some would describe the country as deferential - feudal might perhaps be a better word. There are no political parties. Traditional dress is just about compulsory.

Most Bhutanese seem quite happy with the things the way they are. Living standards are rather better than the bald statistics suggest. The country attracts aid from several of the smaller European donors. India, Bhutan's giant neighbour, provides both money and a market for Bhutanese exports - from apple jam to the most lucrative, hydroelectric power.

Health provision and education standards are impressive. The ingenious Bhutanese have even managed to get computer programming in the main local language, Dzonghka. The initial request to Japanese computer giants was met by a query - how many computers are you going to buy? The Bhutanese authorities did a bit of totting up and replied: seven. That was the end of that. Until an enterprising Bhutanese official discovered that one top computer programmer was a devout Buddhist. The programming in Dzonghka was designed in return for an all expenses paid holiday to Bhutan, with privileged access to monasteries and temples.

Computers are OK; television is not. Satellite dishes are not allowed and there's no terrestrial service. It's part of the attempt to keep American soaps and all they represent at arm's length. There is a loophole, however. Bhutan has no TV, but lots of TV sets. All linked to VCRs. Video rental shops are the latest addition to Bhutan's high streets.

If that takes some of the shine off the Shangri-La image, the treatment of Bhutan's biggest minority - Nepali-speaking Hindus - robs it of a lot more. The Buddhist elite are desperately alarmed by the prospect of being eventually outnumbered. Nepali-speakers are no longer allowed to settle in Bhutan; quite a lot have fled complaining of harassment. Thimpu - the capital of a country where Hindus make up a quarter of the population - has not one Hindu temple.

There's just a touch of intolerance about Bhutan's attempts to cling on to its culture. Life is a little over-regimented. Bhutan has a lot to boast about - but paradise on earth? That's just too good to be true.
​ 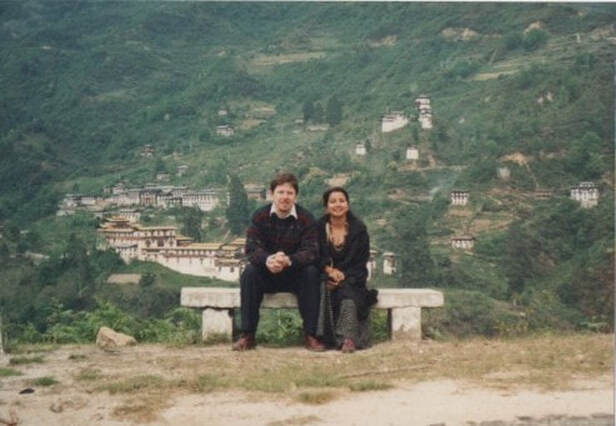