Fermin Rocker (1907-2004) was an artist and the son of Rudolf Rocker and Milly Witcop, both prominent anarchists. Fermin was close to and proud of his father and broadly shared his libertarian outlook. He was born in London and lived in the city until 1918 and moved back in his later years. His childhood memoir, The East End Years, was published in 1998. 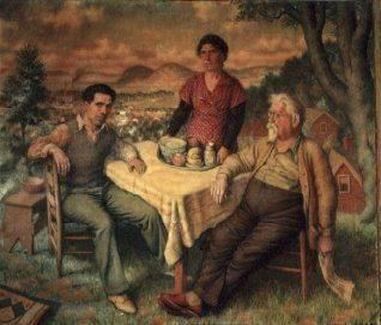 I interviewed Fermin at his home in Tufnell Park in north London on 27 September 1985 for a radio documentary I was making about his father. The interview is posted here and there's a full transcript further down on this page. The interview covered his memories of his father, growing up in the East End, going along to the Jubilee Street Club, meeting such anarchist luminaries as Kropotkin and Malatest and his parents' internment during the First World War.

Although Fermin didn't much like the programme I made about his father, we became friends - and I also became friendly with Fermin's son, Philip. I wrote Fermin's obituary for the Guardian and I am posting the text of that piece below, along with the Fermin's painting of himself with his parents which accompanied the obituary.
The artist Fermin Rocker, who has died aged 96, was one of the last links with the heroic era of European and American anarchism, which faded beyond hope of revival with the Spanish civil war. The younger son of the anarchist thinker and writer Rudolf Rocker, one of the last anarchists of international renown, Fermin was certainly the last person alive who remembered the brief but remarkable flowering of anarchism as a mass movement among the Yiddish-speaking migrants of London's East End, a movement all but snuffed out by the turbulence of the first world war and the countervailing attractions of the Russian revolution.

Fermin was greatly in awe of his father, whose tousled hair, goatee beard and corpulent frame featured in many of his early drawings and paintings. "I looked upon him as a god," he wrote years later. So did many others. Rudolf Rocker was a German gentile who came to live among migrant Jews, learned Yiddish, and became an inspirational teacher and leader to a marginalised community deeply suspicious of authority, and yearning for a voice, a means of securing self-respect, and a path to education and advancement.

The craft trade unions which Rudolf Rocker nurtured and encouraged, and the lively anarchist journals he and his colleagues published, notably the Arbaiter Fraind (The Workers' Friend), won a large following among the victims of pogroms and oppression who crowded into Stepney and Whitechapel in the years before 1914. Fermin's Russian-born mother, Milly Witcop, was also a revolutionary, one of four Jewish sisters, three of whom were prominent either as anarchists or militant feminists.

Fermin was born in London and named after a prominent Spanish anarchist. He grew up in a tenement block in Stepney in an intensely political environment, captured with delightful irreverence in his memoir, The East End Years: A Stepney Childhood, published by the long-established anarchist imprint, Freedom Press, in 1998. As a small boy, he got to know and admire such leftwing luminaries as Peter Kropotkin and Errico Malatesta ("a loveable little fellow"), sat up through long meetings in the hope that his father would tell him a bedtime story and was taken to the Jubilee Street Club, the epicentre of East End Jewish radicalism, where he used to filch paper on which to draw.

"There was hope in the air, an anticipation of better things to come," Fermin recalled. "In later years my father would look back at it with profound nostalgia and regret. It was a time, he insisted, that still had aspirations and ideals, that still had visions of a better future, of a world more just and humane. No one dreamt what horrors the century had in store for us, what despair and disillusionment it would bring."

With the first world war came repression. Rudolf Rocker was interned in Alexandra Palace, north London. Fermin remembered visiting him there. His mother was also arrested. The family was reunited in Amsterdam in 1918, moving on to Germany, where Fermin first mixed with artists and began to draw and paint.

Then, in 1929 - with the decline of the Weimar Republic - he moved to New York. A few years later his parents followed, settling in a rural commune in New York state.

Fermin's art was influenced by the realist school, though he was always too much of an individualist to be saddled with an easy label. He worked in New York as a draughtsman, a cartoon animator, a commercial artist, and then for many years as a book illustrator. Times were often tough. From the 1950s, he turned increasingly to oil painting, developing a hallmark style - precise, in a minor key and with a limited palette, portraying human activity (a meeting, or musical performance, or busy city street) but with each individual cocooned, isolated, even while in a common endeavour.

His first one-man exhibition was in New York in 1944, but it was only after returning to London in 1972, with his American wife, Ruth Robins, that he began to make a living from painting. From the mid-1980s, he had a succession of successful shows, notably at the Stephen Bartley Gallery in Chelsea. He became, to some degree, and late in his life, fashionable (Mick Jagger once called round to select a canvas) - though that never influenced his art, which, in style and tone, felt as if it belonged to an earlier era.

Few of his themes were directly political. The painting bought by Jagger, depicting a mass of Basque refugees heading away from the devastation wrought by Franco's allies towards the French border, is something of an exception.

While standing broadly within the anarchist tradition, Fermin was impatient of its feuds, and critical of the left's reluctance to engage with the modern world and to accept that capitalism has improved lives and living standards. But some anarchists regarded Fermin almost as a crown prince. His son, Philip - who cared for him in his closing years - was always amused that the anarchist paper Freedom arrived unbidden in the mailbox.

Fermin continued to paint in his top-floor flat in London's Tufnell Park until his last few weeks. He died peacefully in his own bed. Just 24 hours later, more than 100 admirers and well-wishers gathered at the Chambers Gallery in London's Smithfield for the private view of his first retrospective (which continues there until November 14). His wife died in 1989; he is survived by Philip. 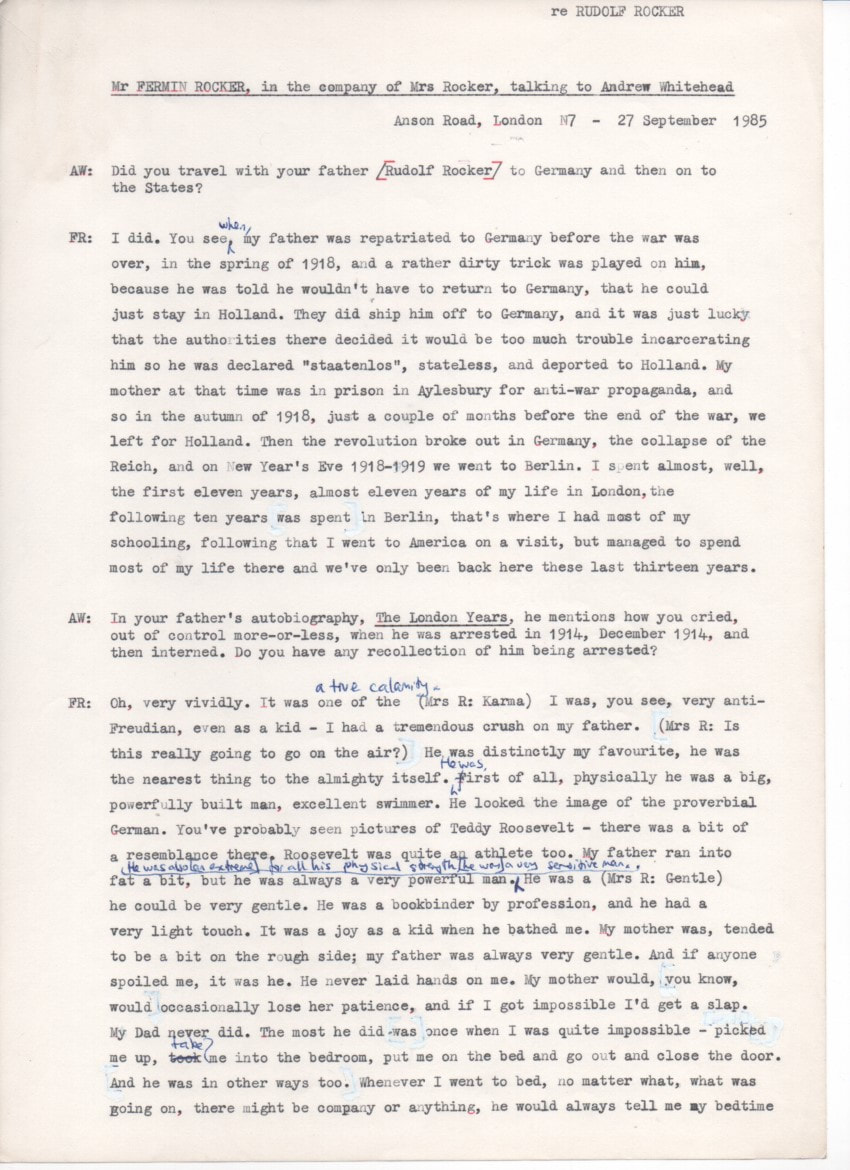 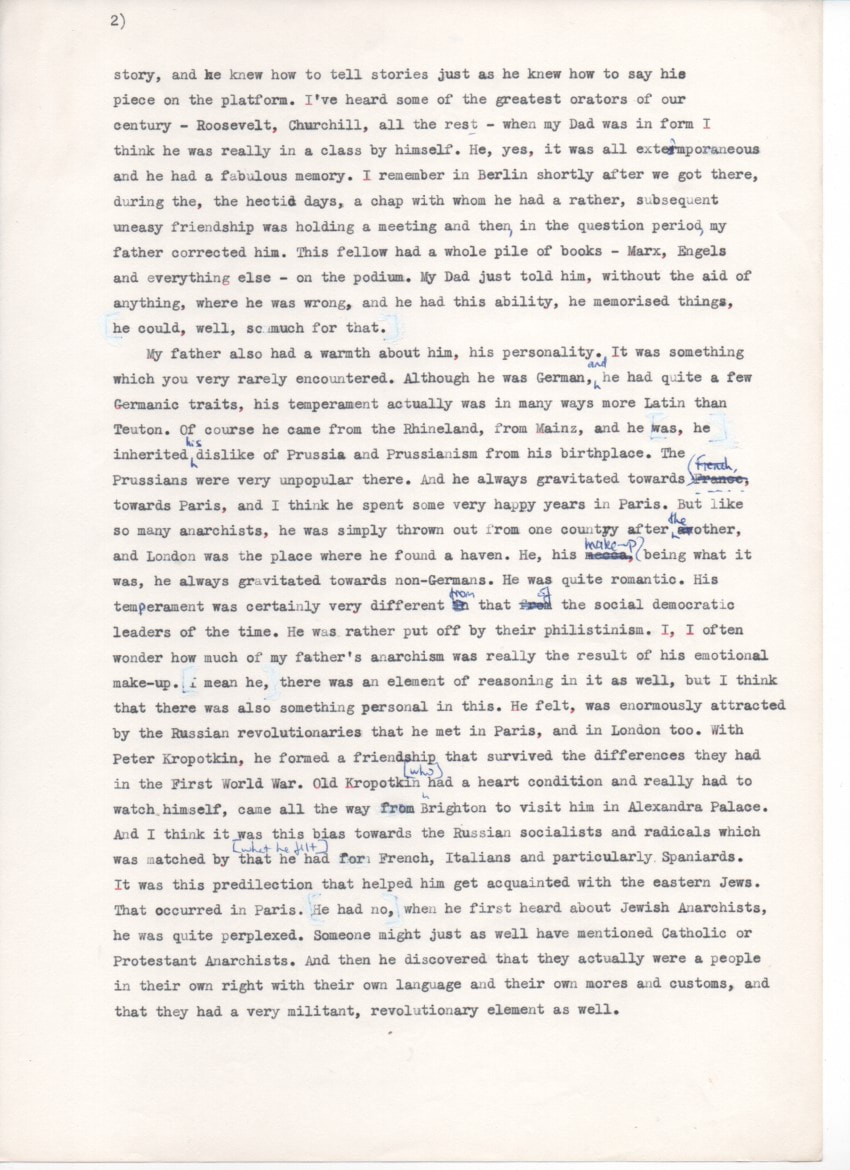 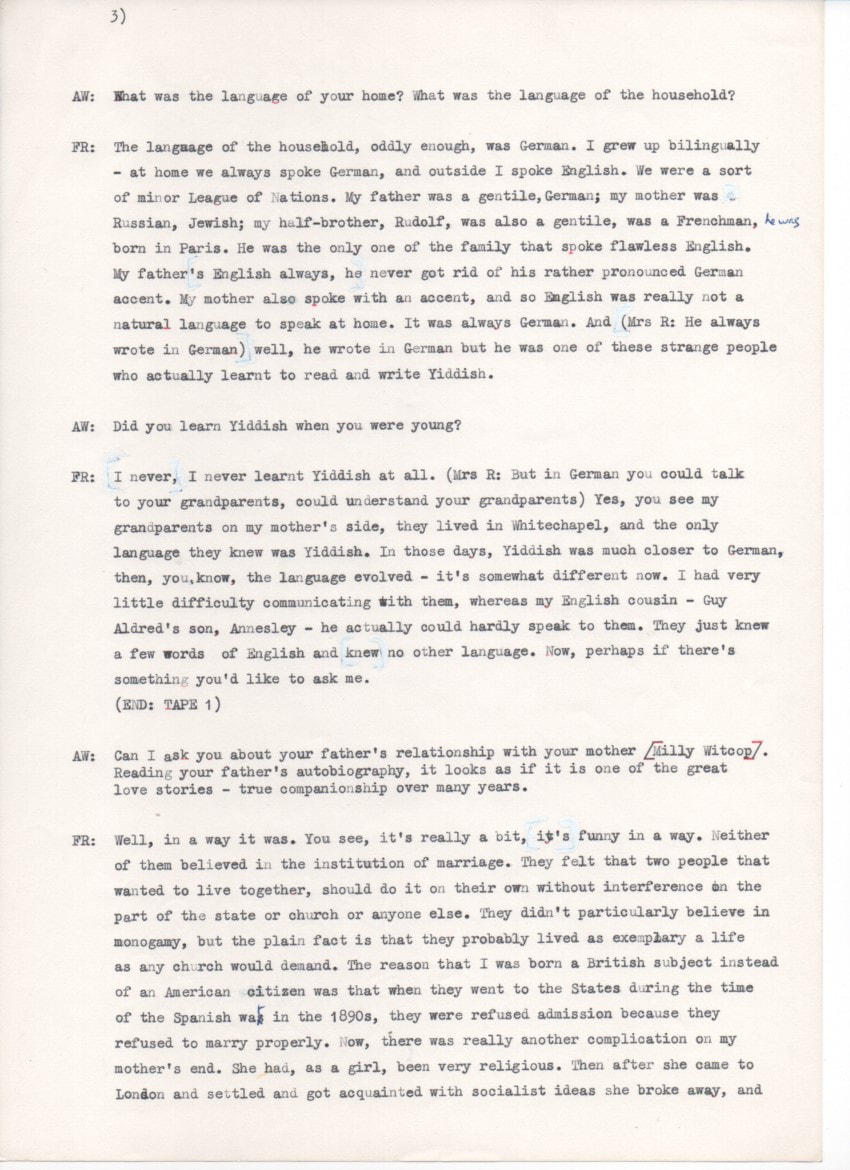 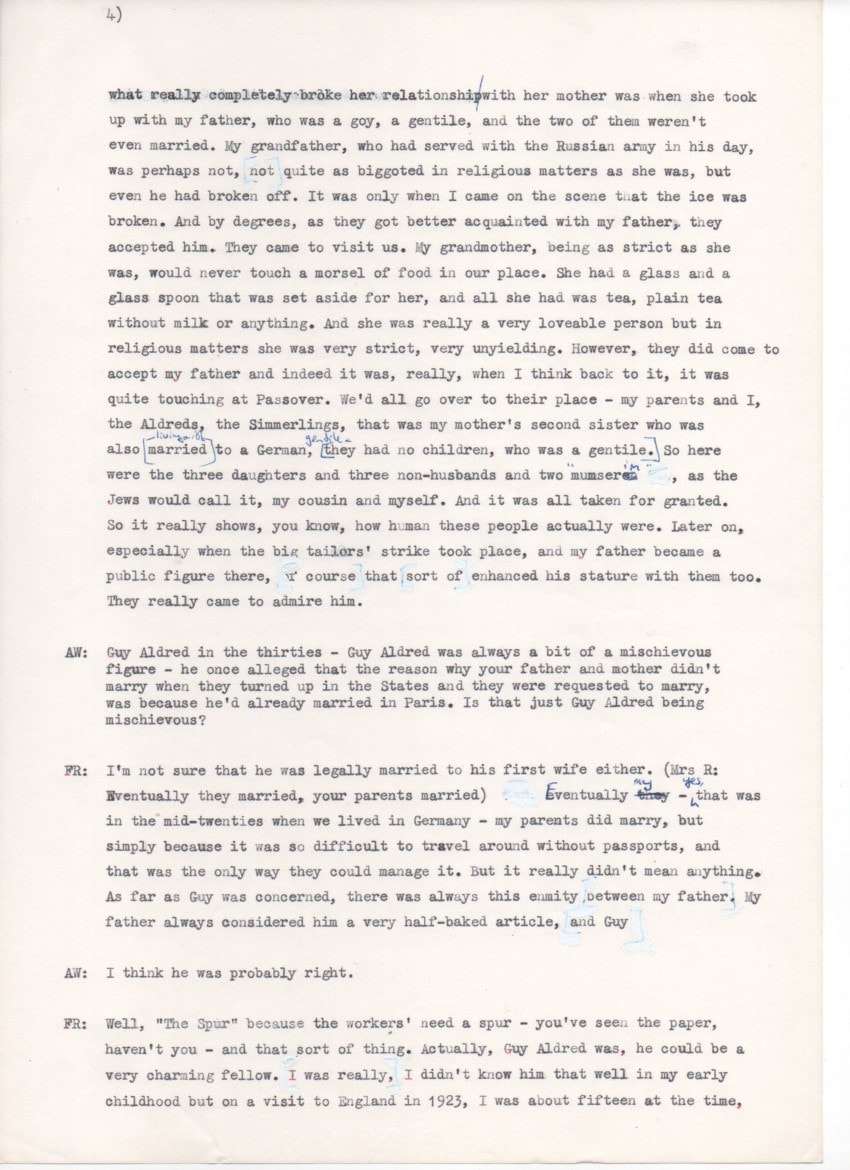 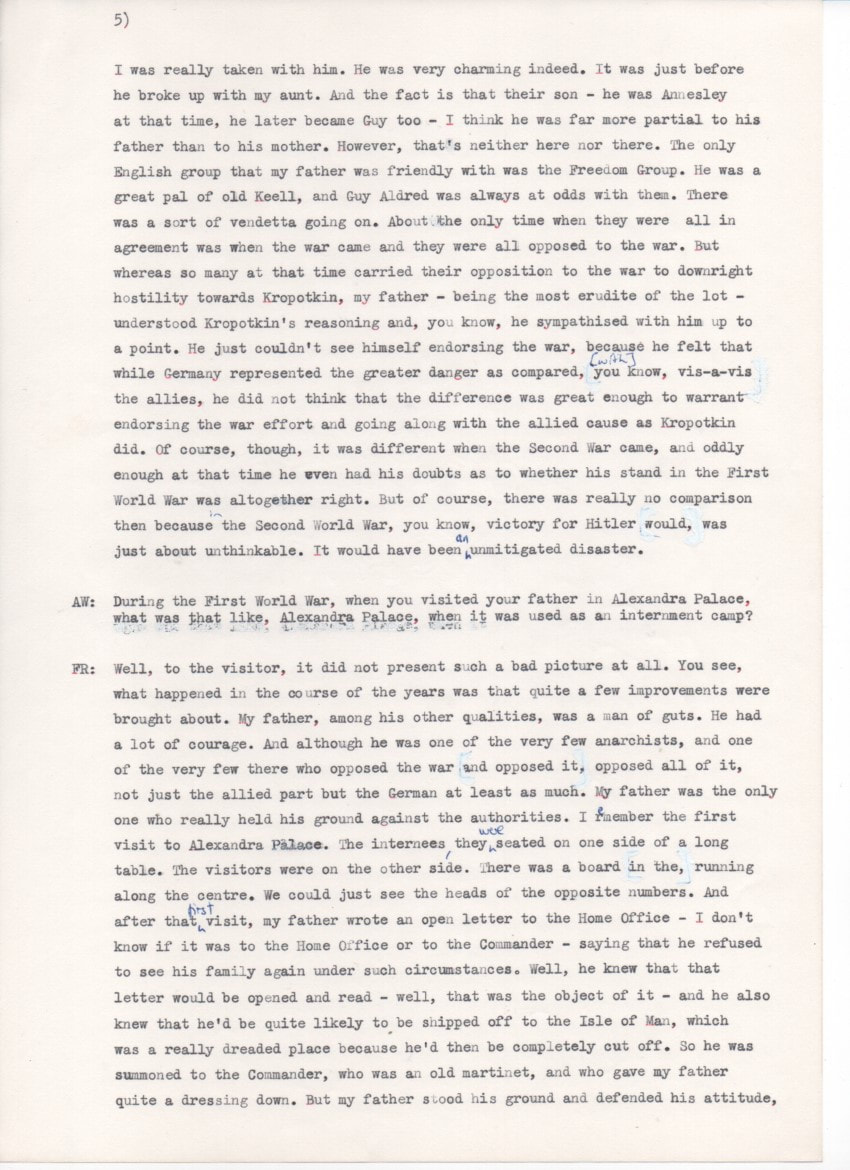 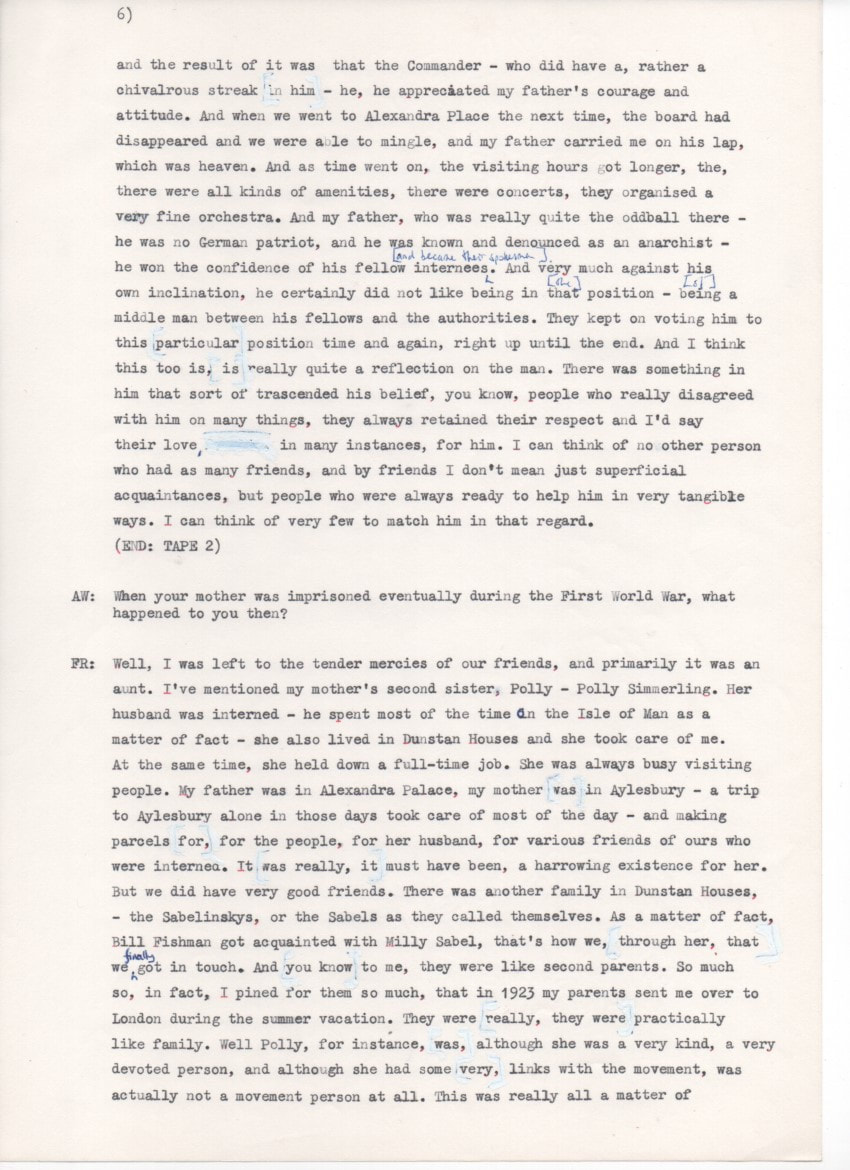 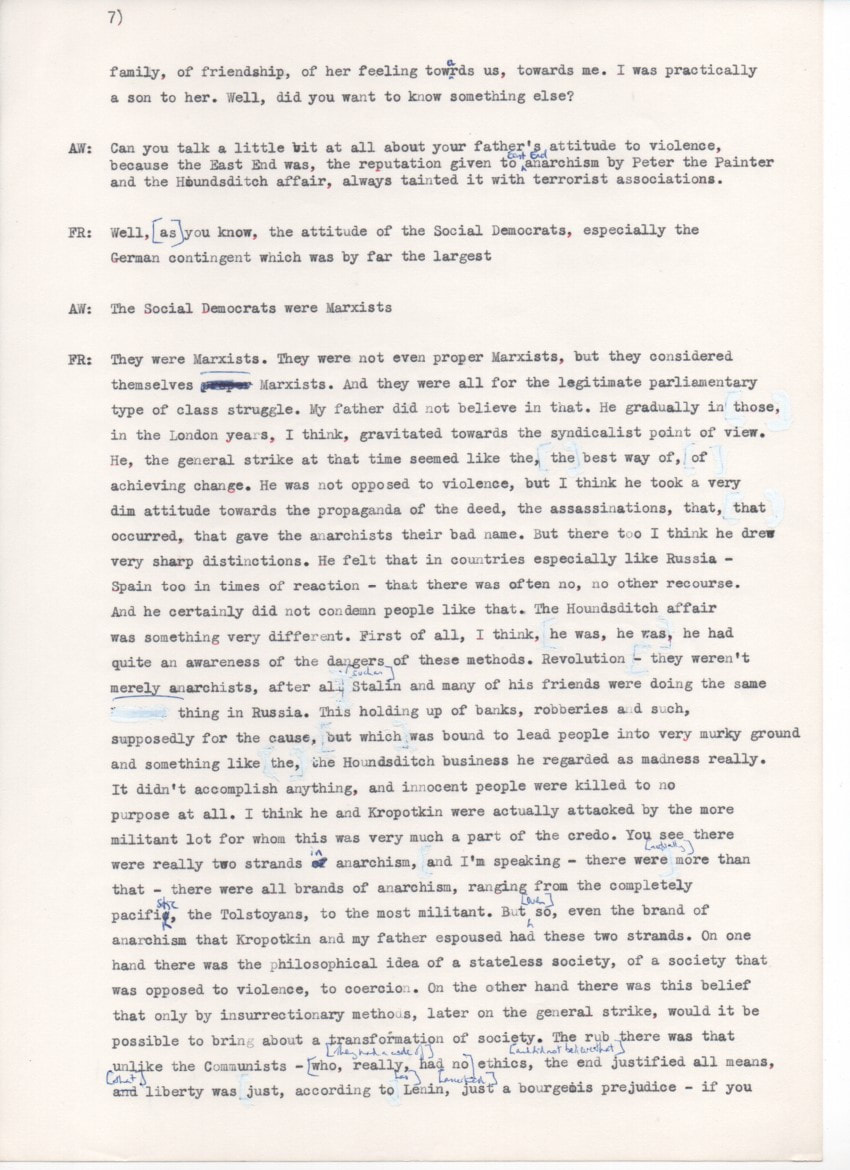 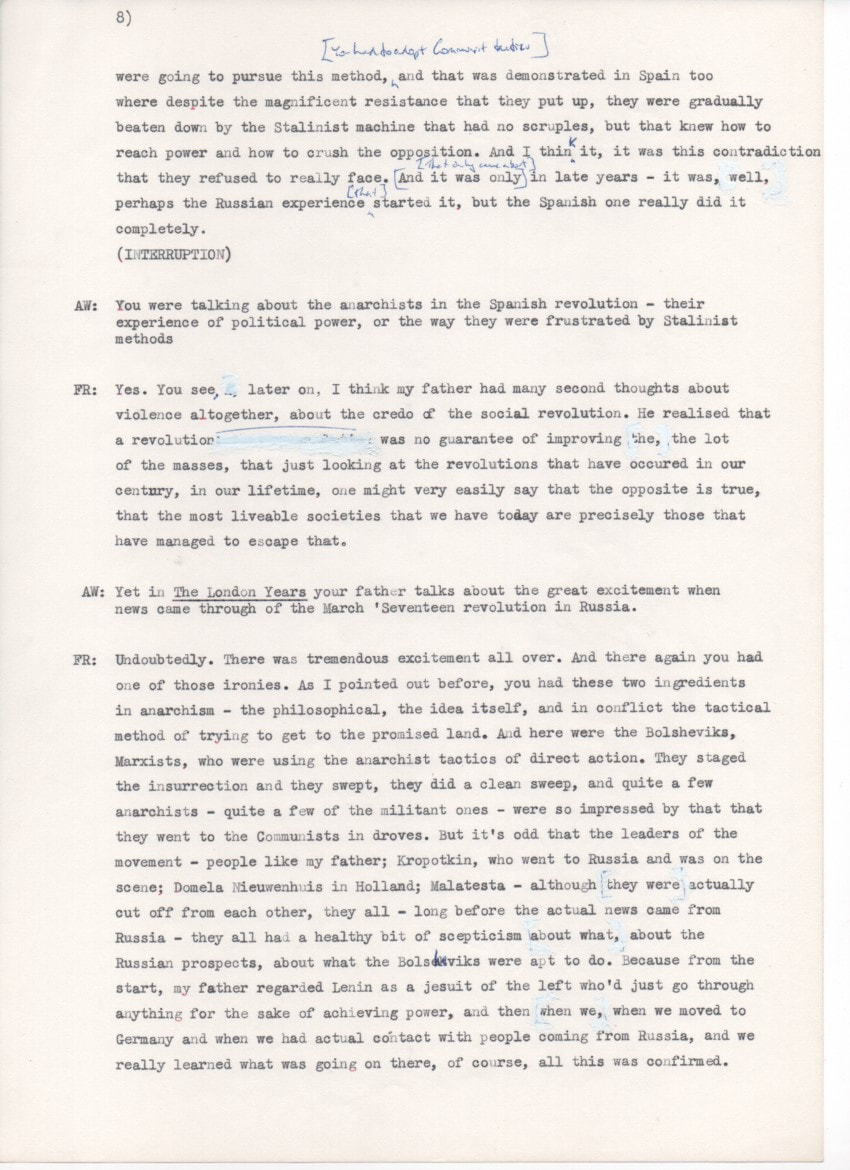 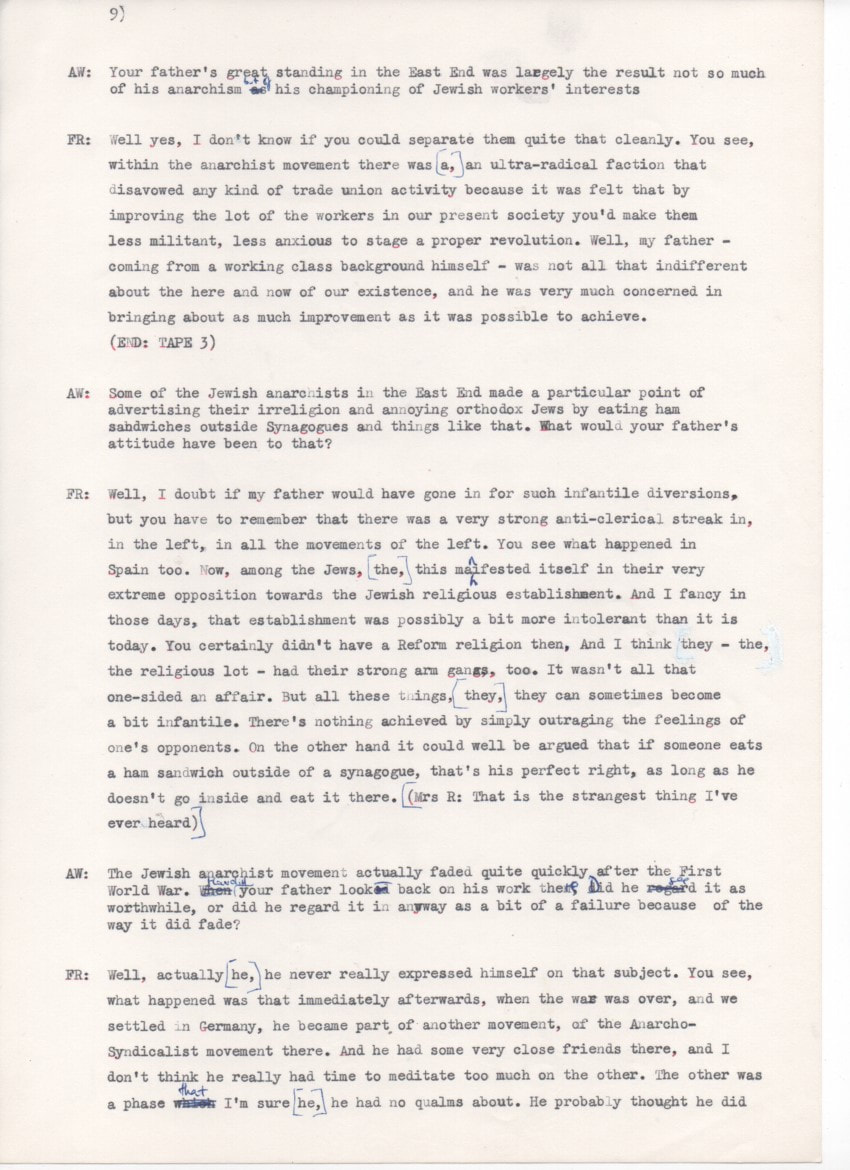 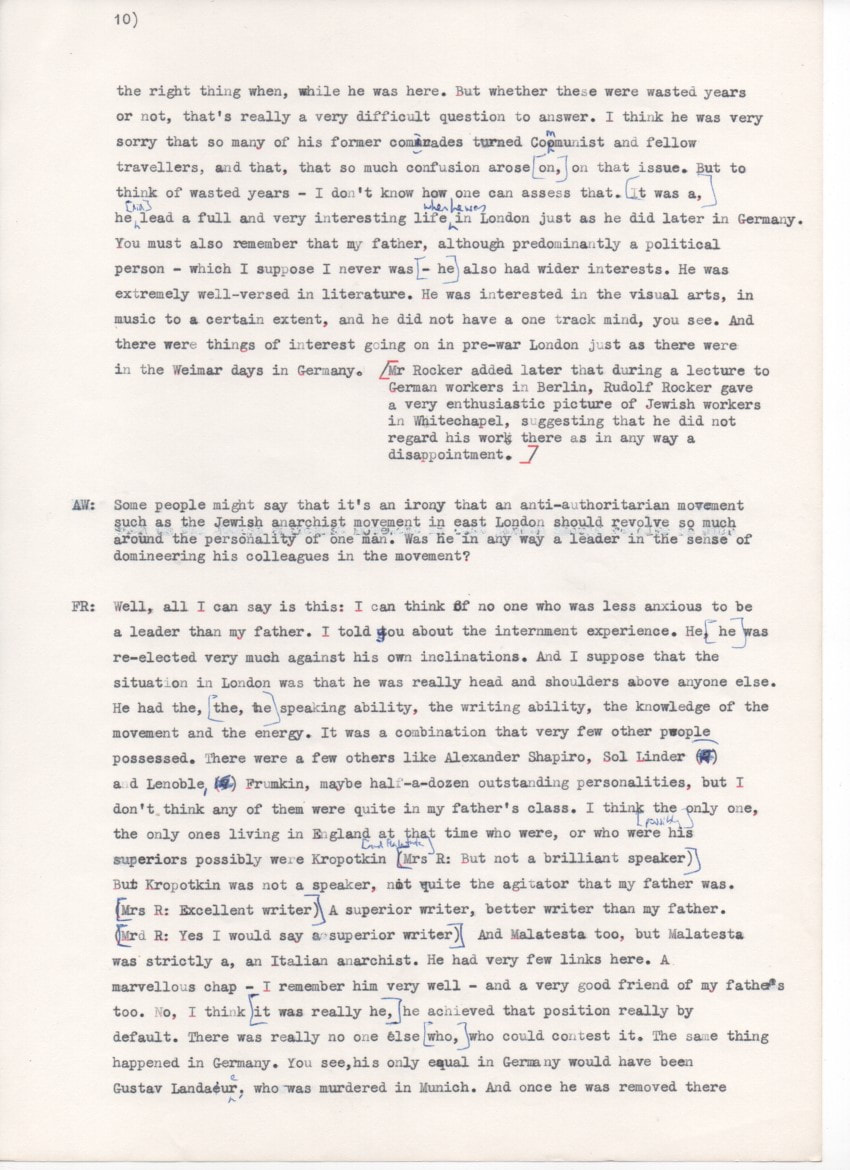 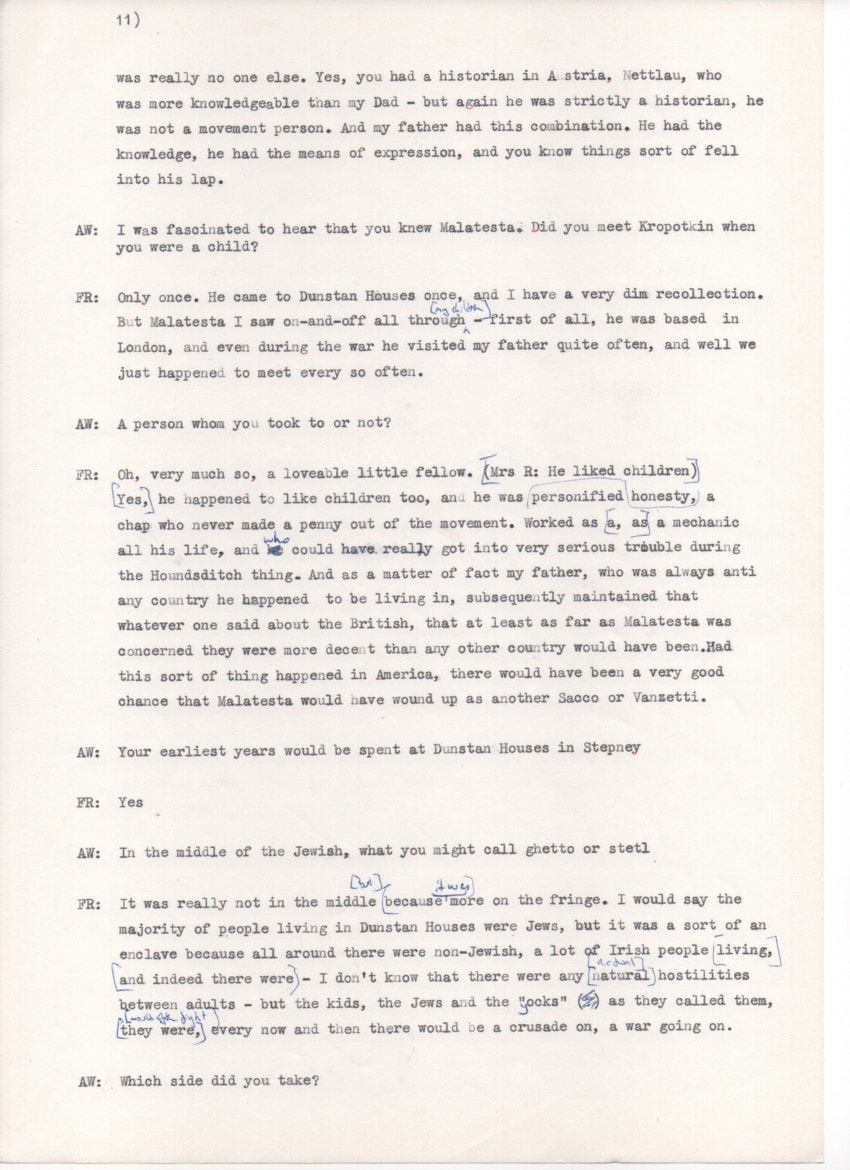 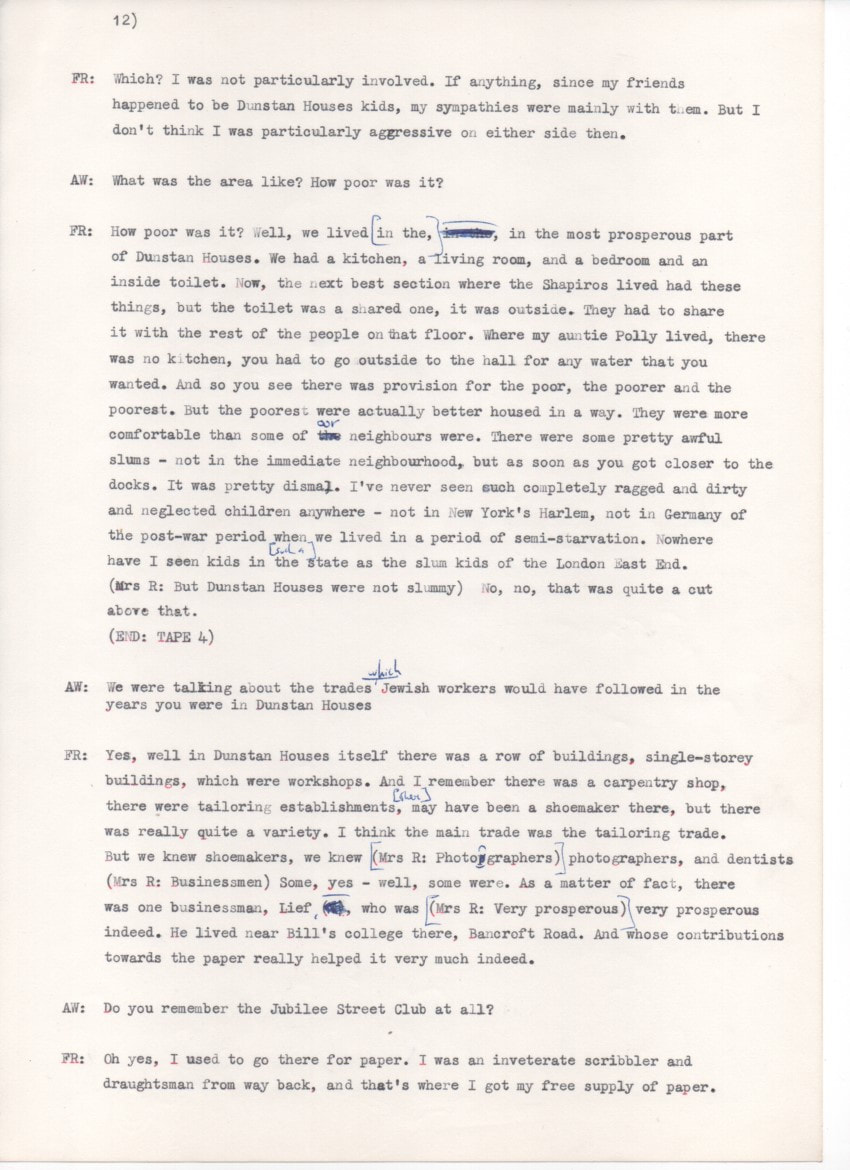 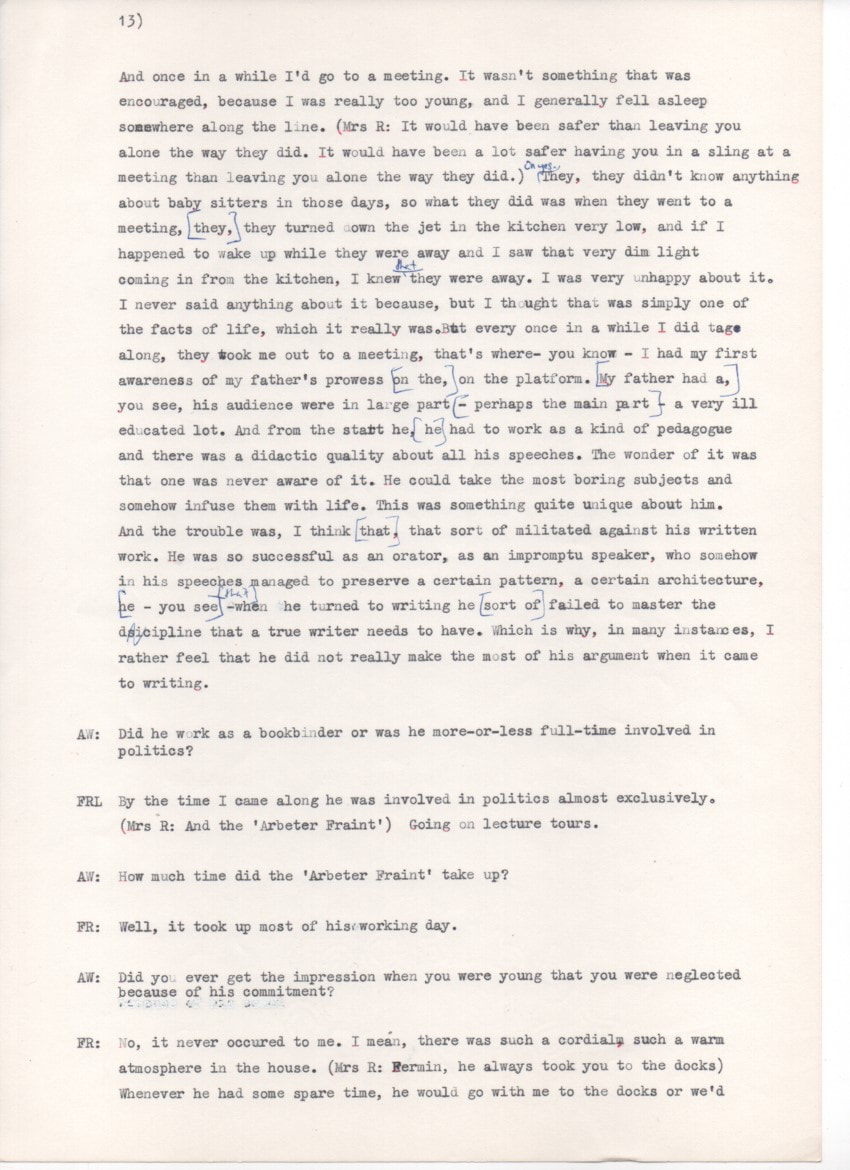 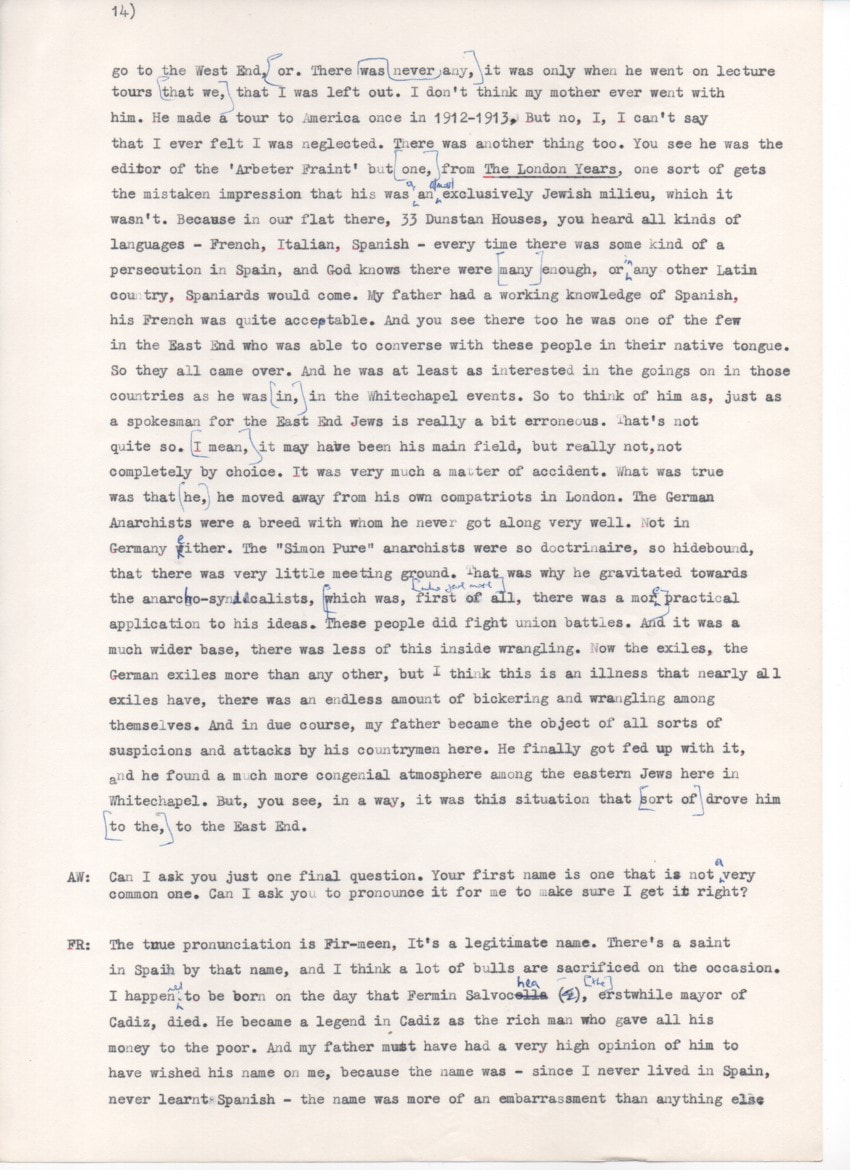 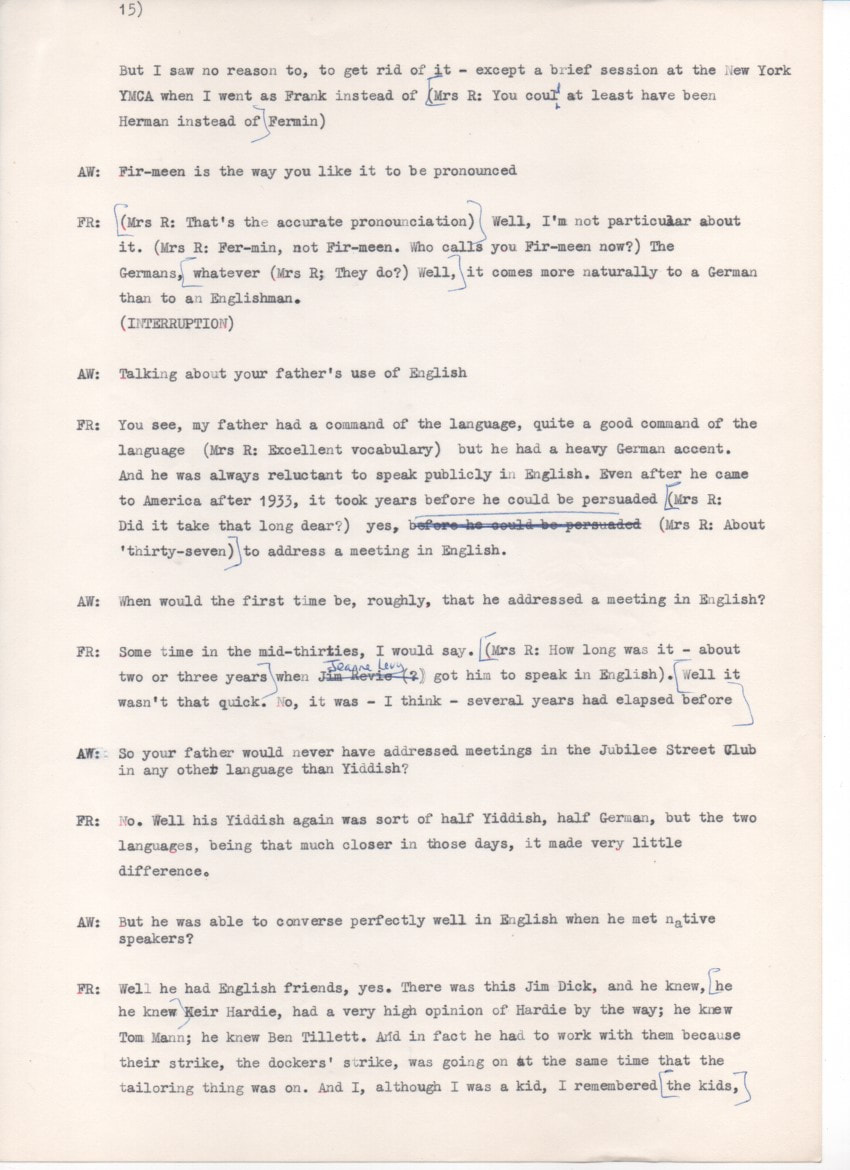 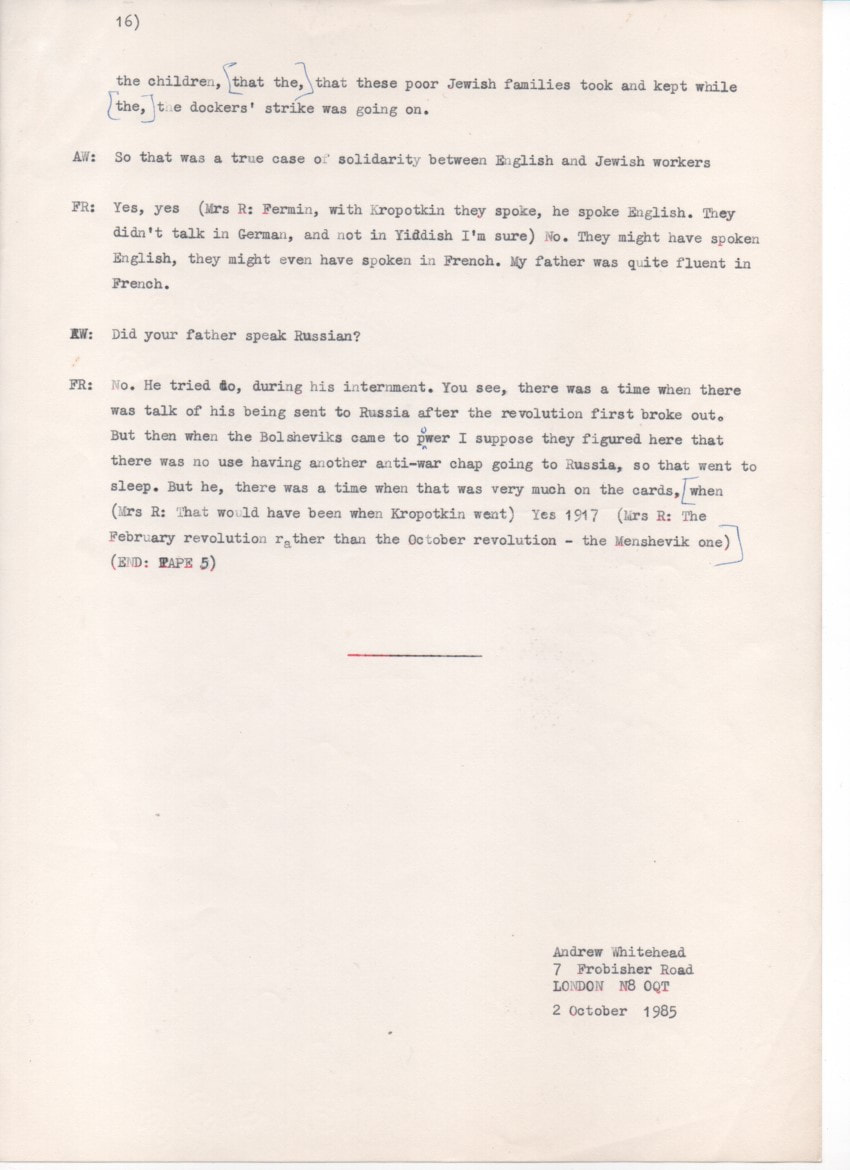