In the autumn of 1996, I made a series of short features - with Damien Magee as producer - about minority communities in India. These were broadcast on BBC World in October 1996. There were radio versions as well - and if I ever find them I will post the audio here too. The quality of the videos below isn't great - they have been dubbed into different formats quite a few times, I suspect, down the years. I hope you find the reports of interest.

I am also posting below an article I wrote for the BBC's Focus on Africa magazine about the Sidi community, and a series of five articles I contributed to the Asian Age to coincide with the broadcast of these items.

The Sidis of Gujarat
​

Visiting the Sidi village of Jambur and coming across a Sidi troupe of dancers and musicians in Junagadh were among the most remarkable of my assignments as India correspondent. I wrote a piece about the Sidis for the BBC Focus on Africa magazine, posted below, and also saw a Sidi troupe perform in London.
​

The Syrian Christians of Kerala
​

The Jewish community of Cochin
​

I met Elias Josephai in December 1993, on my first visit to Cochin. This report about the Jews of Cochin was filmed in 1996 and it's Josephai you see above. I have been back twice since to visit him when in Cochin - once with my daughter, and most recently in 2018 with my wife. At about the time this report was broadcast I also contributed a From Our Own Correspondent radio piece about the Jews of Cochin - the script is here along with a couple of photos.

A compendium of the five features
​ 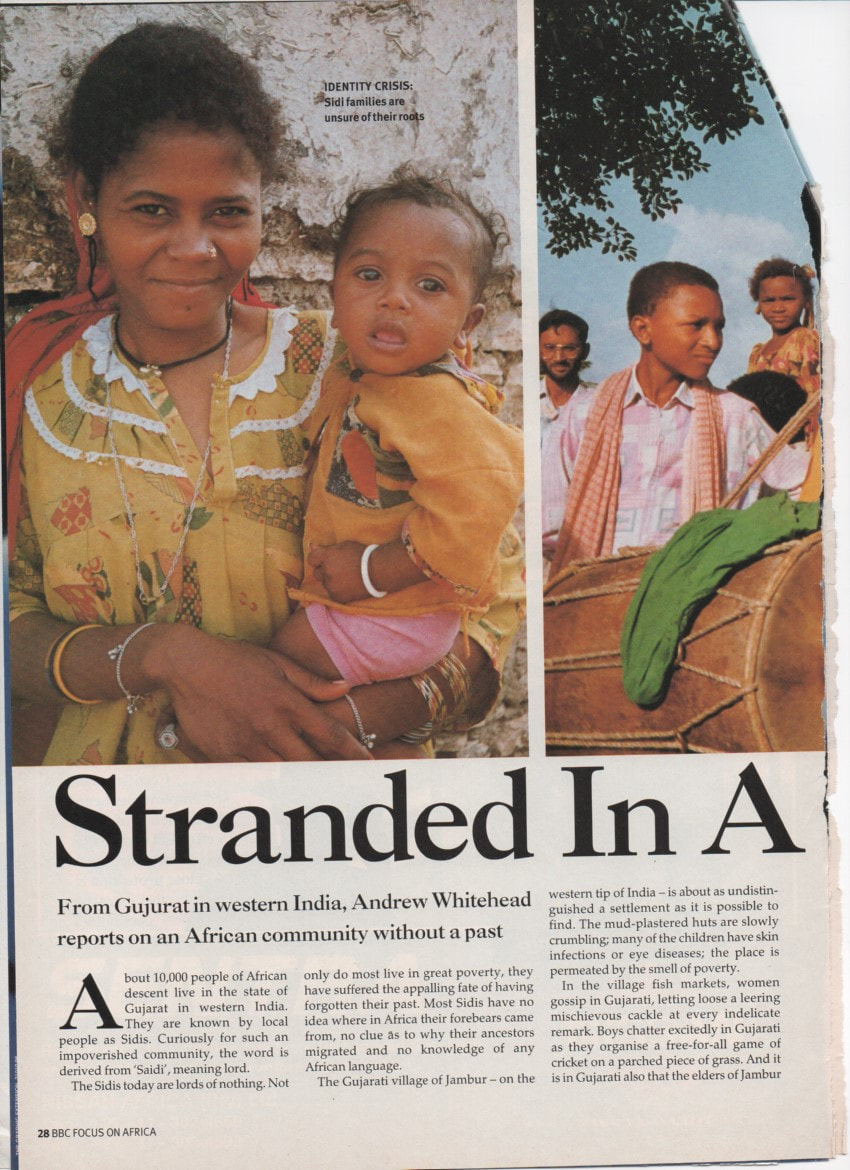 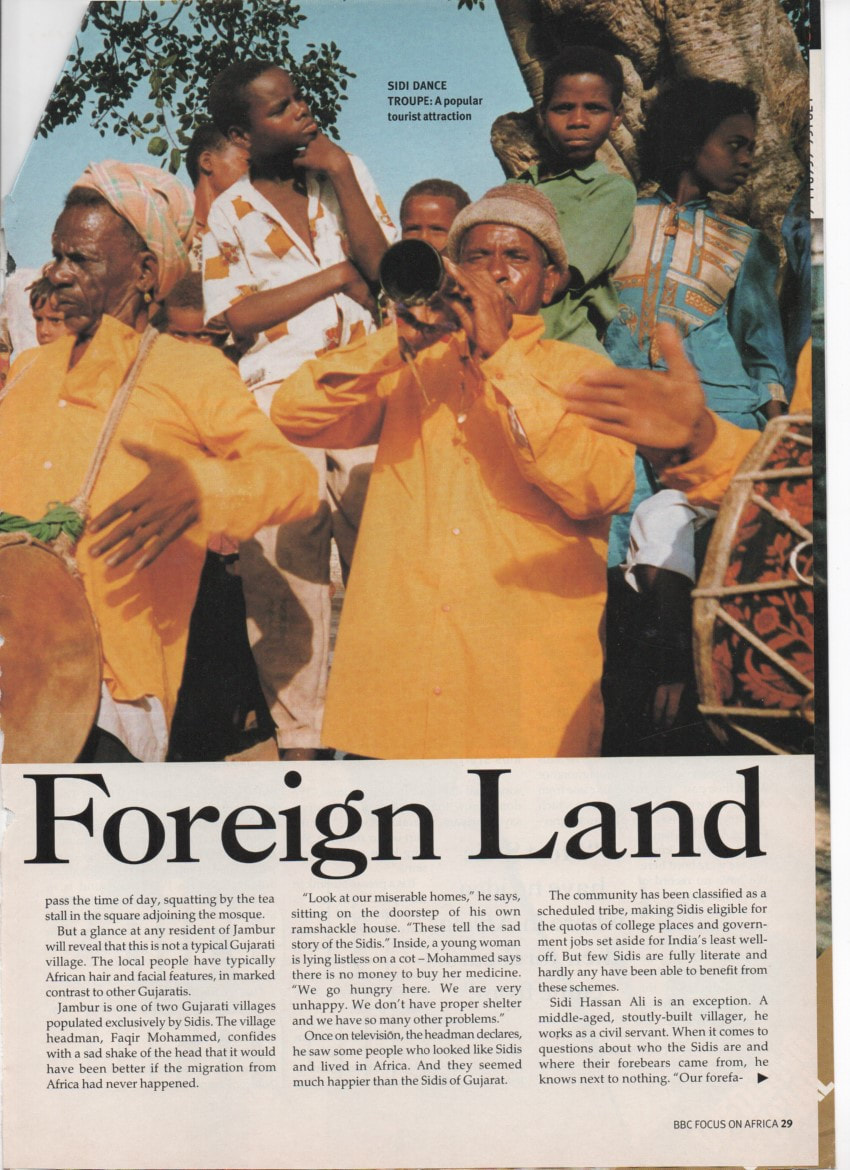 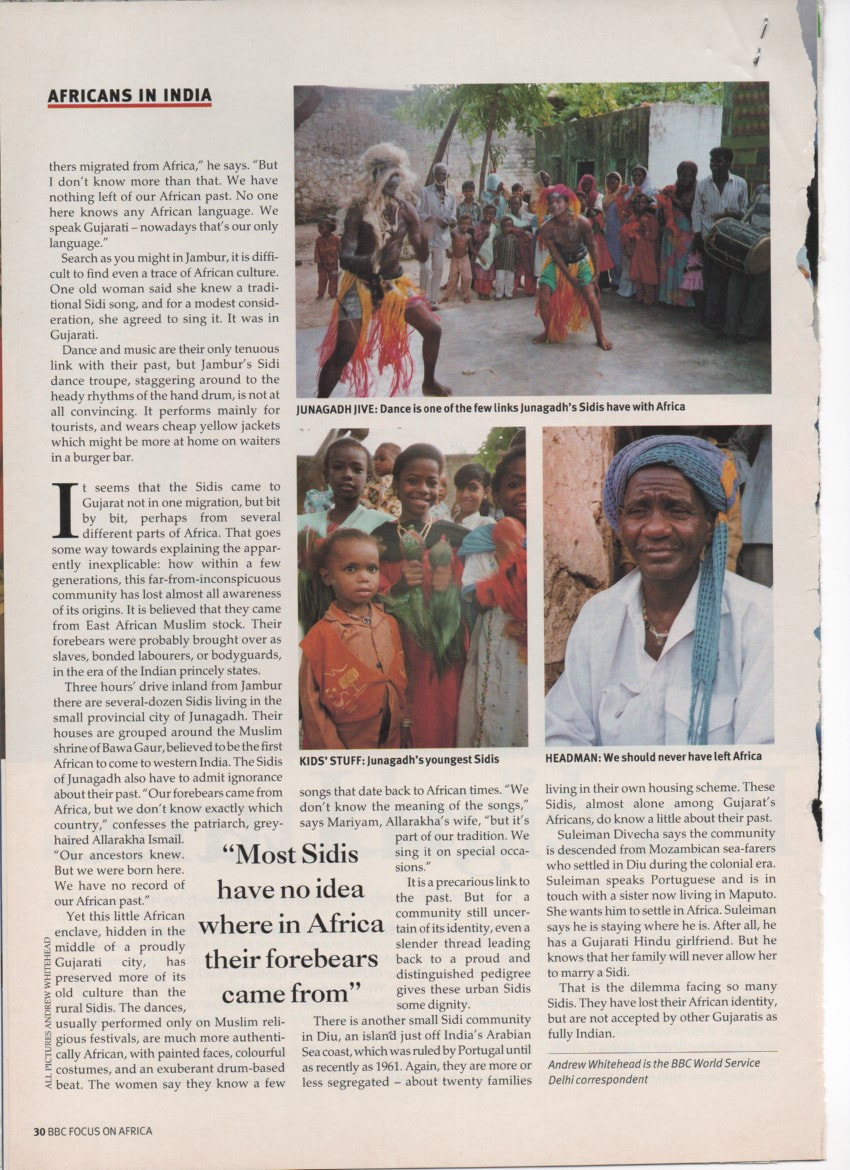 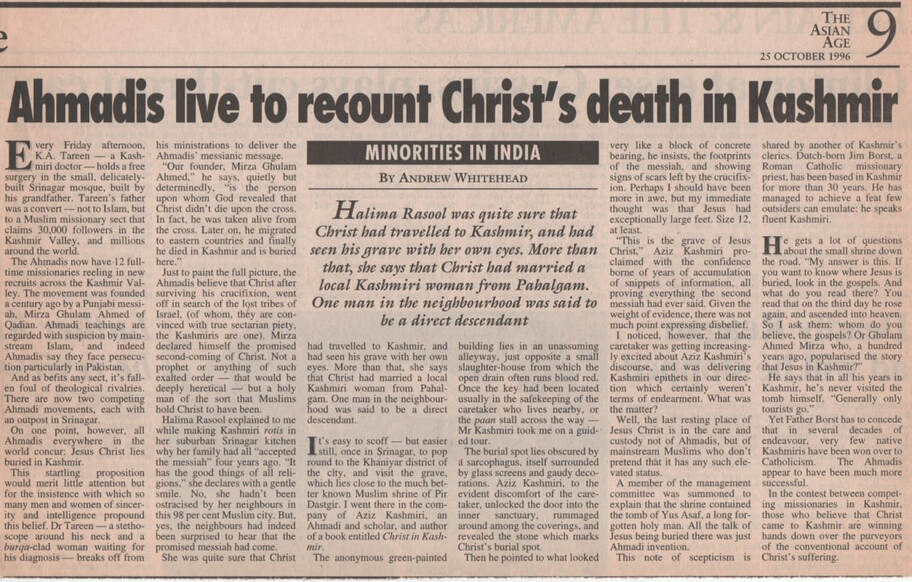