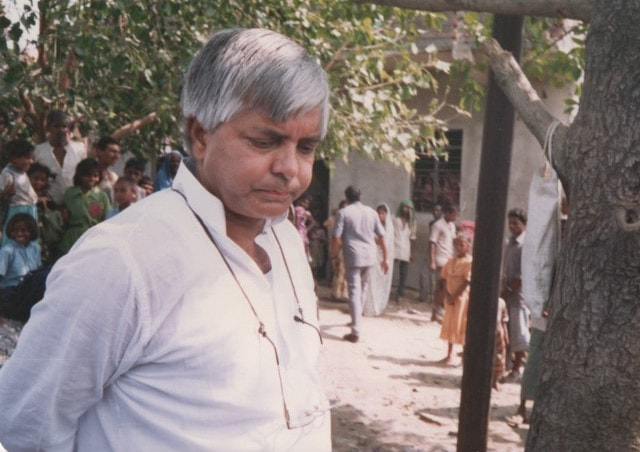 Of all the chief ministers of India's twenty-five states, Laloo Prasad Yadav is the most remarkable, A leader of the opposition Janata Dal, he's the chief minister of Bihar, a populous but desperately poor state in North India. And he's launched a campaign in his own brash manner to help those - like himself - on the wrong side of the caste divide. Our Delhi correspondent, Andrew Whitehead, paid a call on him:

In India's increasingly bland political landscape, Laloo Prasad Yadav stands out. Not always for the best of reasons. He presides over a state government of seventy ministers - to make the most of his political patronage. He encourages his officials to write sycophantic biographies, He surrounds himself with courtiers, covers his wall with icon-like portraits and treats his retainers with almost imperial disdain.

But then as Laloo told me: "Mein Bihar ha Rajah hoon" - "I am the King of Bihar". He was not born to rule. Laloo Prasad Yadav is the low caste chief minister of perhaps India's most caste-ridden state. He has turned the political establishment of his state upside-down. He's a political showman, a populist, brash and basic. Setting up our television cameras on the lawn outside his home, a crowd of curious civil servants gathered. Laloo turned on them. "What are you doing, staring like that! Have you no work to do? Now go to your offies or I'll have you all thrashed."

Laloo is a Yadav, the cattle herders' caste. He keeps twelve cows at the chief minister's residence. It's not rustic nostalgia, nor hankering after the simple life. Laloo's a wily politician. Keeping his cows round the corner, being photographed with them, reminds everyone where he comes from. It helps keep his power base alive.

But Laloo is most in his element out on the streets. He is very popular. Unlike so many low caste politicians, who hide every trace of their upbringing, he still has the common touch. Some passers-by are obviously in awe of him; others feel able to make complaints face-to-face. His means of redressing social injustice are at times rudimentary. Once he decided that Patna's street children needed a good wash, so he turned the fire hoses on them. On another occasion he said they looked unkempt, summoned a brigade of barbers and astonished his own retinue by picking up a pair of scissors and giving one young boy a short back and sides.

Out we'd all get, Laloo Prasad Yadav looking a bit like Napoleon - hands behind back, chin proudly out, claiming all the credit. Most of the projects, it transpires, were funded by the central government, not the state; many had a half-finished look; quite a few were not very well thought out.

Take the new homes for the musahars - people Laloo delighted in calling the lowest of the low. They are harijans, untouchables, whose name means mouse eaters. They catch rats and eat them. They live in mud and thatch hovels four feet high. Laloo's pulled down a lot of them and built instead small blocks of flats. It's not been a wild success. The musahars were quite fond of their old houses. They had rudimentary room partitions and local water supply. The flats consist of unfinished, unplastered boxes of rooms - one per family. "Can you imagine it", one woman complained. "Mother-in-law and daughter-in-law expected to sleep in the same room!"

It's easy to sneer, however. And Laloo Prasad Yadav has been able to help the disadvantaged. Harijan children in Patna attend street schools, and happily trill out the English alphabet. In some poorer villages, the authorities are helping local people build their own homes. They provide the money; the villagers arrange the supplies and do the work. "There are no middle-men making money from the poor", Laloo proudly declares.

Above all, there's the symbolism of having a low caste chief minister. In much of Bihar, feudalism survives unfettered. There are still occasional caste killings.- low caste slaughtered because they refuse to stand up when the landlord passes by. In a state of approaching ninety-million people, most are consigned by birth to a life of penury. Laloo Prasad Yadav - for all his failings - has helped redress the balance. He's helped Bihar's dispossessed to walk just a little taller. 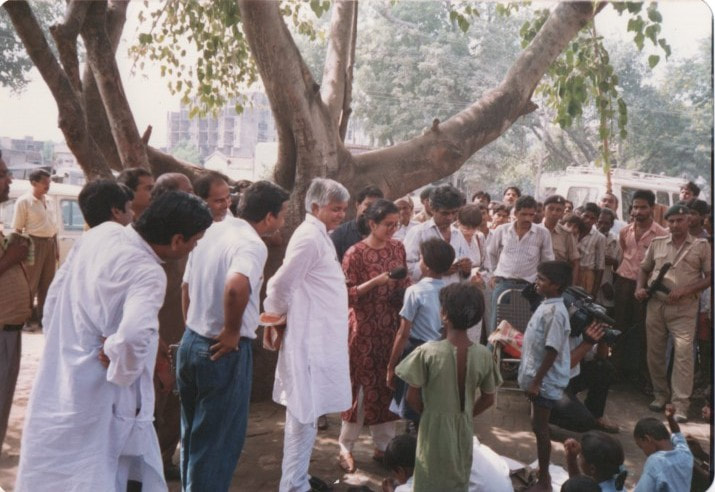 With Laloo around Patna, October 1993 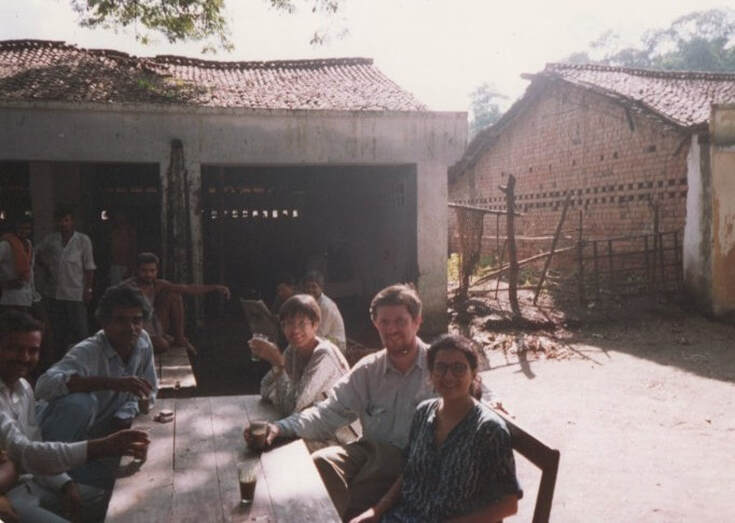 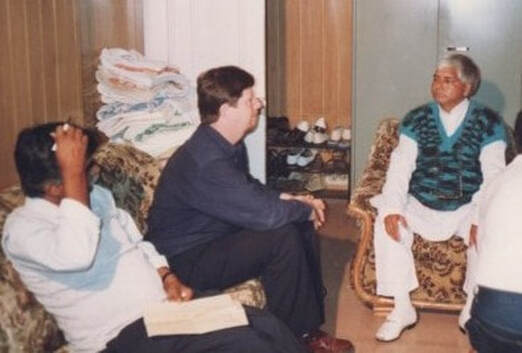 Patna, March 1995
Photos from my first trip to Bihar in October 1993 - including the late Hemendra Narayan, Elizabeth Blunt, Anu Awasthi,
and Ramesh and Guru from ANI - thanks to Srijan Narayan, Hemendra's son, for the photos