The constructing of different narratives about the events in Kashmir in 1947 started almost straight away. Journalists, diplomats, film makers, politicians - all made use of the traumas of October and November 1947 to strengthen a political argument.

Three novels in particular were set amid the invasion of Kashmir and its repulse - two of them focussing on the violence in Baramulla:On this page, there's a brief discussion of all three novels. Ii's also worth looking at a chapter in my book A Mission in Kashmir which discusses these three novels and other elements of the mythologising of the opening shots in the Kashmir conflict. And I've added a brief account of Salman Rushdie's Kashmir novel,  Shalimar the Clown.

The Scarlet Sword deserved better than this sexed up cover on a cheap American paperback edition. H.E. Bates is best known for his bucolic novels in the fashion of The Darling Buds of May. But during the Second World War, he travelled to Calcutta and on to Burma at the initiative of Army Public Relations, and wrote two novels set amid the agony of the war in Burma, though more about Europeans in adversity than about either the country or the conflict.

Bates never travelled to Kashmir, but he used the attack on the Baramulla mission as the subject matter for The Scarlet Sword, published in 1950 and sometimes described as the final of his trio of 'eastern' novels. Again, his focus was on how Europeans - the nuns, priests and others at this isolated Kashmir mission - coped amid the upheaval of invasion, ransack and captivity.

Sydney Smith's journalism in the 'Daily Express' appears to have provided Bates with his raw material - indeed characters, description, and snatches of dialogue are borrowed without attribution. Bates had little awareness of or interest in the political situation in Kashmir, and neither the Pathan attackers or the Kashmiri civilians are portrayed with any care or attention.

The novel sold well, and has some real strengths - but as a depiction of Kashmir in 1947, it is not so much fictional as invented. The online Bates Companion is a good place to seek further information about H.E. Bates and his work. 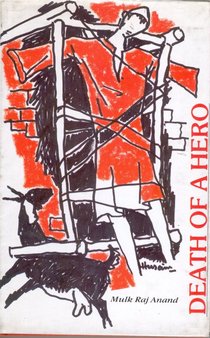 Mulk Raj Anand is one of India's most considerable novelists - but this is one of his least substantial works. It's subtitled 'Epitaph for Maqbool Sherwani'. And that's what it is. A rather trite account of the legend of Maqbool Sherwani, the motorbiking pro-India Kashmiri nationalist who sought to frustrate the advance of the Pathan raiders and paid with his life.

Anand was part of the school of progressive writers, and spent some time in Kashmir in the years before independence. He strongly supported Kashmir's accession to India, as did many leftist intellectuals in the late 1940s, both Indian and Kashmiri.

This slender novel appeared in 1963 - it's not clear whether it was written much earlier and then put to one side, nor is it entirely clear on what Anand relied for his storyline.

Although Anand was well aware of the political context, little of it appears in the novel. Indeed the book is disappointingly flat and unconvincing - a critic who is generally admiring of Anand Death of a Hero as 'an unimpressive work' that 'does serious damage to Anand's reputation as a novelist'.

Alan Moorehead, The Rage of the Vulture

Of all the fictional accounts of Kashmir in 1947, this little known novel by Alan Moorehead has the greatest historical interest. For a start, Moorehead was there - he reported from Kashmir and from the North West Frontier for the 'Observer' in the final quarter of 1947. His novel appeared promptly in the following year.

Although this isn't the finest of Moorehead's many books, it is well written. His focus is on the cantankerous and embattled British community in Srinagar - their sense of apprehension as the Pathan attackers advance, and their reluctance to be evacuated.

It was sufficiently successful to be published in paperback in 1960 - the covers are above - and the artist clearly modelled the European on the front cover on the author.

Several other British writers set novels in Kashmir - notably Rumer Godden and Molly Kaye - though they didn't write directly about the events of 1947. These do feature however in Salman Rushdie's Kashmir novel, Shalimar the Clown. 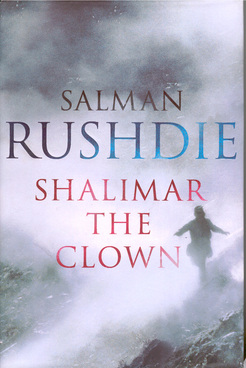 Cover photo: Eric Valli
Salman Rushdie's great novel, Midnight's Children - a magic realist account of 1947 and the agony unfolding from that midnight hour - opens in Kashmir. A Kashmiri boatman dies in the year of Partition while trying to keep Indian and Pakistani forces apart.

But it is in Shalimar the Clown that Rushdie examines in greatest detail Kashmir's turbulent recent history. The 2005 novel is a complex, perhaps over complex, allegory. It is not about 1947. But events in Kashmir at that time loom large. And the account Rushdie offers is more than can simply be gleaned in the pages of the polished national histories.

In one particularly powerful passage about Kashmir's fall from grace in the autumn of 1947, Rushdie writes:

'the single word kabailis was heard over and over again. It was a new word, with which few people in the Shalimar Bagh were familiar, but it terrified them anyway. "An army of kabailis from Pakistan has crossed the border, looting, raping, burning, killing," the rumours said, "and it is nearing the outskirts of the city". Then the darkest rumour of all came in and sat down in the maharaja's chair. "The maharaja has run away," it said, contempt and terror mingling in its voice, "because he heard about the crucified man." ... [who had deliberately set] the invaders in the wrong direction'

The kabailis were the tribesmen from Pakistan who invaded the valley in late October 1947, and who did indeed reach the outskirts of Srinagar. The maharaja was regarded by many of his citizens as having run away. And the crucified man is a clear reference to Maqbool Sherwani, the subject of Anand's Death of a Hero, who was shot by the tribesmen in Baramulla.