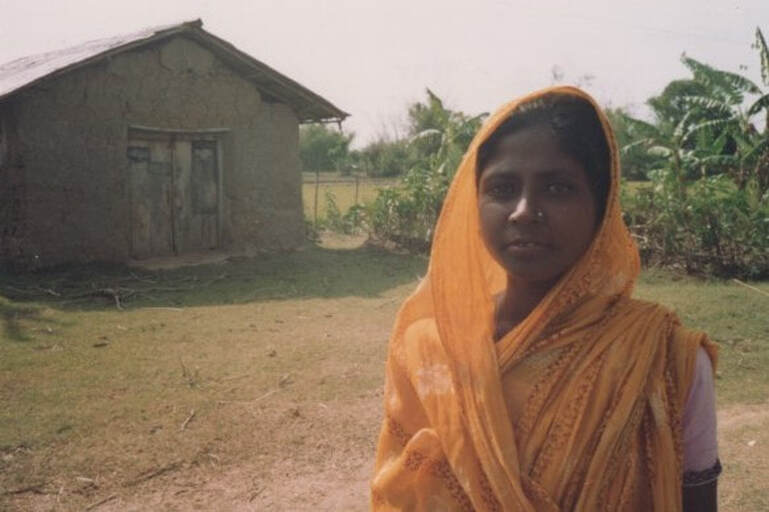 There's been a spate of stories from Bangladesh about local Islamic clergy taking sanctions against women who have taken jobs or loans from development agencies. It's often presented as a battle between traditionalist, intolerant mullahs, and village women willing to stand up for their rights after generations of oppression. But the story isn't that simple, as Andrew Whitehead discovered when he went to one of the remoter regions of Bangladesh:

There are some stories that become more elusive the closer you get to them; that at close quarters confound the headline-style certainties of at-a-distance journalism. Stories that demonstrate the desire of communities for consensus not conflict, the determination to heal wounds rather than allowing them to fester.

A visit to north-west Bangladesh brought all this to mind. A remote area, eight hours travel from the capital, Dhaka - including two full hours on a ferry across the Jamuna river. It's a lush, fertile, vivid green. One of the few parts of Bangladesh which has a food surplus. But it's still desperately poor. Power here resides with an unholy trinity - landowners, money-lenders and local mullahs.

But this old, neo-feudal, deeply conservative society is facing a challenge. Local development agencies, helped by overseas aid money, are encouraging village women to become more self-reliant. They are providing some with employment; many more are getting loans to help them develop some village enterprise. Girls are going to school; women have opportunities for adult education.

It need hardly be said that the local powers-that-be do not like it. The landowners' monopoly of power is being imperilled; the village usurers are no longer the only people offering loans; the mullahs face a more assertive and independent womenfolk no longer bound to the household.

The view from Dhaka is that an ugly conflict is developing. In what's tended to be one of the more tolerant Islamic nations, traditionalists are gathering strength. Mosques across the country have been the venues for sermons denouncing the development agencies as unIslamic. There are tales of schools being burnt down; mulberry trees planted to give women an income being uprooted; women accepting help from the agencies being declared religious outcasts.

That's why I went to the villages around Bogra in the north-west. It's where traditionalist-minded clergy are particularly strong. As we drove along the dirt road, with the storm clouds gathering, my companion pointed out the mulberry saplings at the roadside - apparently scythed down by the mullahs and their supporters. It was difficult to tell whether they had been cut, or were just stunted. We stopped. Asked a local labourer. No, these saplings haven't been cut down, he said. Some others have elsewhere. But not these here.

Onto a nearby village to meet a remarkable woman - Lusiman - who is paid ninety kilos of wheat a month to help mind the mulberry trees at night. I was told that her husband had been ordered to divorce her by the mullahs because she was taking paid work. Lusiman explained it wasn't quite like that. It was her husband who took against her work. Gave her an ultimatum. Then pronounced 'talaq' three times - the traditional form of divorce - and walked off.

Another woman. Asma, had taken a loan to make her more self-reliant. No, the mullahs hadn't tried to stop her. No, they didn't seek to prevent women working outside the home. If they ever did, she would object - but for the time being, she regarded them as friends.

Time and again, the same story. Yes, there had been tension, disagreements. But the specific instances of injustice were not borne out. I was shown a school recently burnt out - apparently by traditionalist Muslims. But there was little sign of damage, and local people seemed to be genuinely uncertain who had carried out the attack.

Finally, a visit to the local mosque. It didn't have a full-time imam. But the muezzin - the man who makes the call to prayer - declared himself quite happy with the work of the development agencies - though anxious that it shouldn't conflict with religious law. The gap-toothed teacher at the madrasa, the religious school, was more outspoken. The development agencies were helping make families more self-sufficient, he said. And that was good.

Conservative communities seem to be the most cohesive. Yet when faced with change, they adapt rather than risk being cleaved apart. That seems to be what's happening in north-west Bangladesh. The villagers there are rather more tolerant than the Dhaka onlookers would like to believe.