I've always admired the Indian Express, one of the gutsier of India's principal daily papers, and I was delighted when the Express agreed to take a series of five articles from me in 1997 to accompany my BBC radio series India: a people partitioned. I am posting all five of those articles here. I was later to discover that the British army officer killed in Baramulla was not named Dwyer as I was originally told but Dykes - the story of his death became the focus of my 2007 book A Mission in Kashmir. You will have your own view of how well these pieces hold up with the passing of the years - not too badly at all, IMHO.

Two years later, I wrote another piece for the Express about Partition linked to the filming (as Earth) of Bapsi Sidhwa's marvellous Partition novel Ice Candy Man. That piece is also posted on this page.
​ 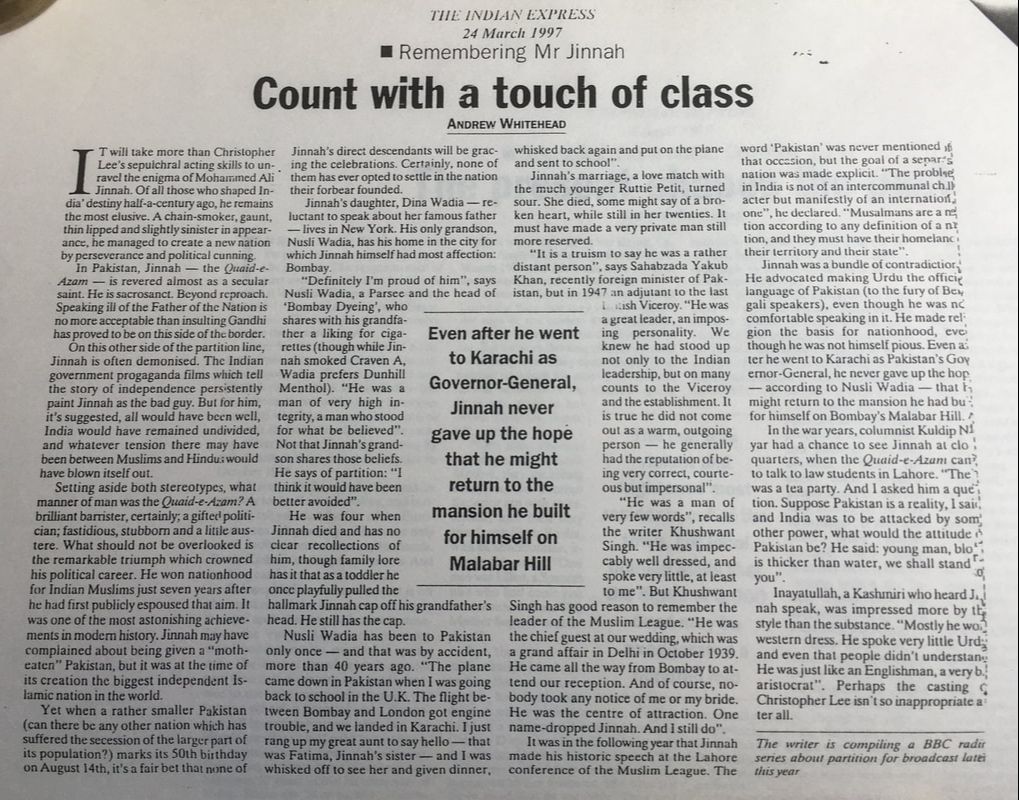 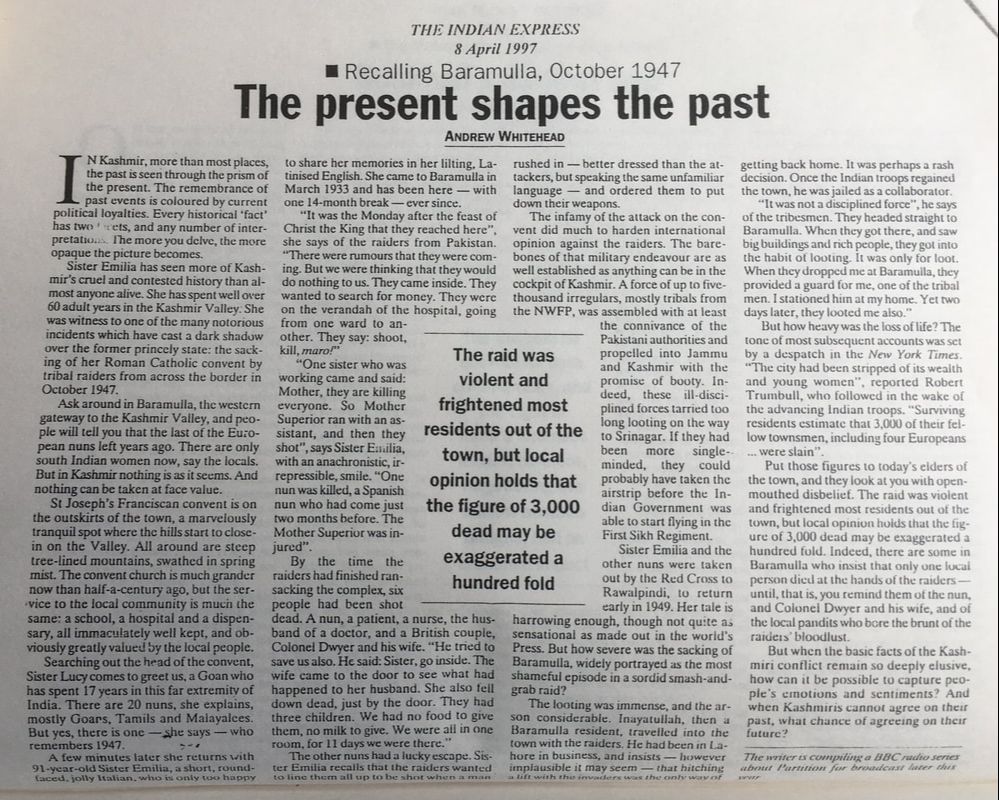 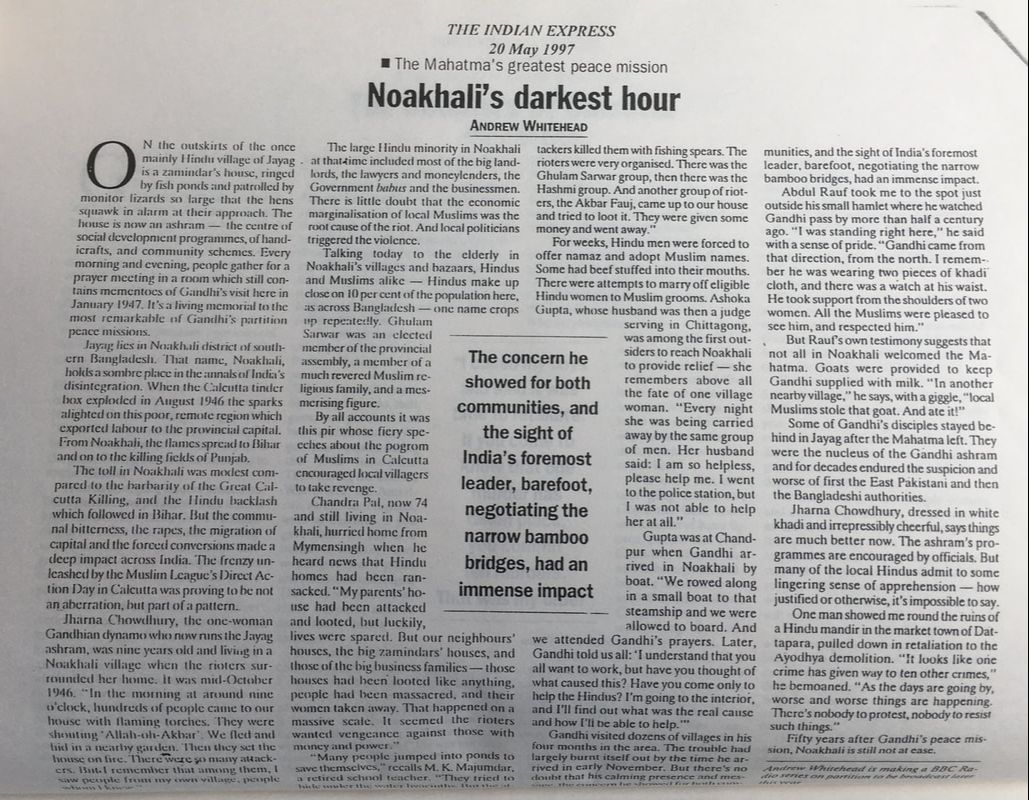 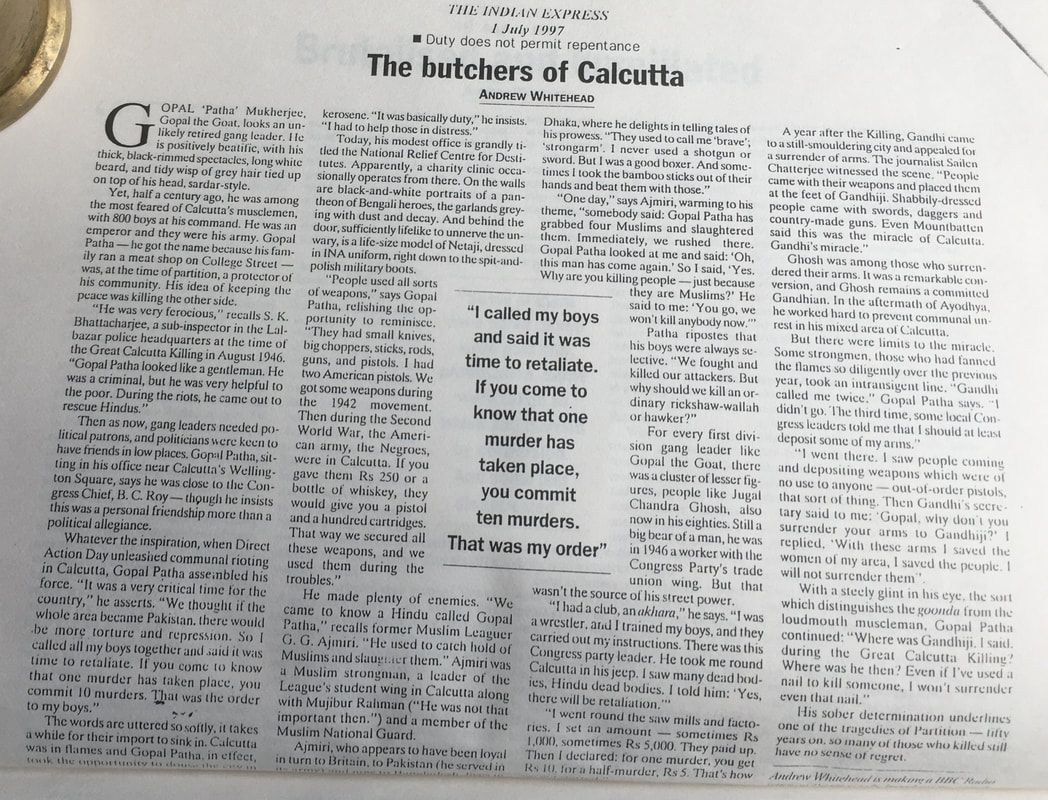 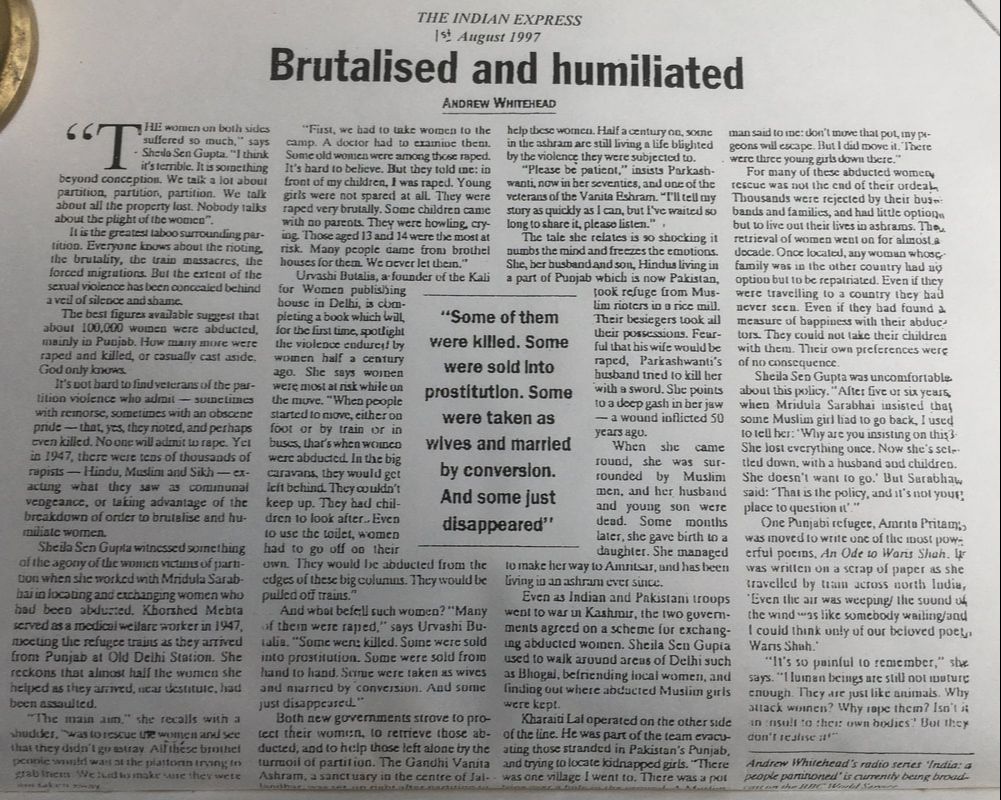 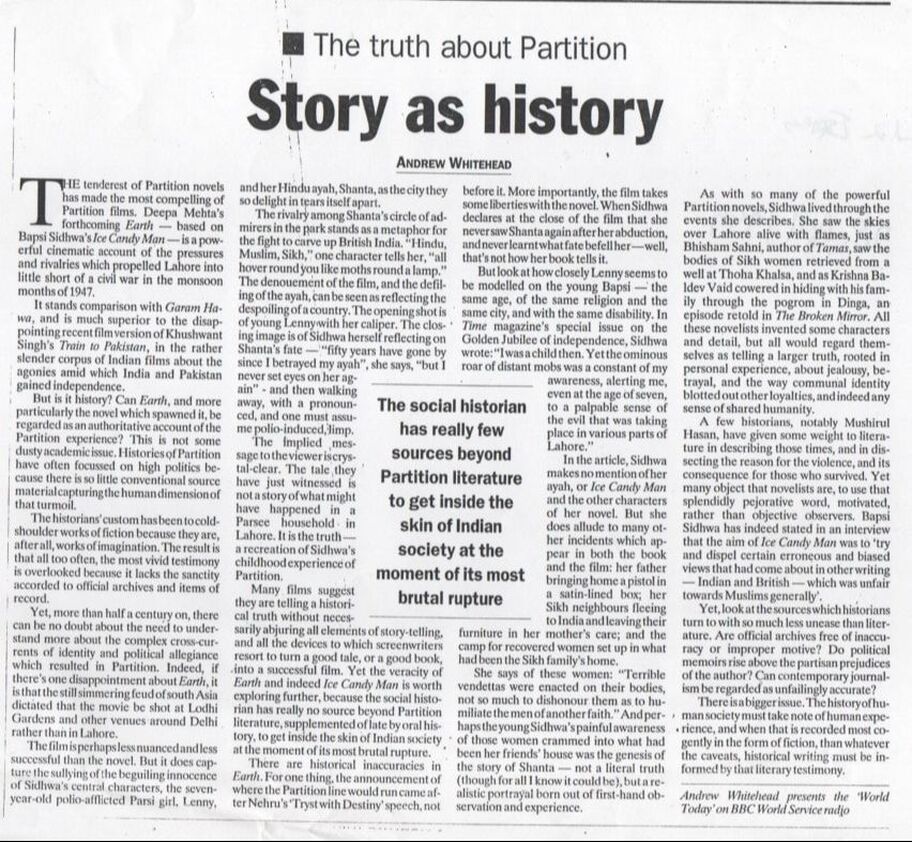