Ram Advani (1920-2016) was a distinguished bookseller with premises on Hazratganj in Lucknow. He was born into a Sindhi family which had migrated to Lucknow. In the run-up to Partition he was in Lahore where the family had a bookshop on the Mall. Much of this interview - recorded in Lucknow on 4 July 1996 - concerns Mr Advani's memories of communal tension and violence in Lahore in the spring and early summer of 1947, his journey a few weeks before independence by train to Simla and the violence he also encountered there, along with his reflections on Partition and its consequences. 'There was a frenzy and you had to be there to believe what happened - it really left a very deep mark.'

I was for many years a friend (and customer) of Ram Advani. The photograph below was taken on my last visit to his Lucknow shop in December 2014, posted along with the obituary piece I wrote for the Lucknow edition of the Times of India. 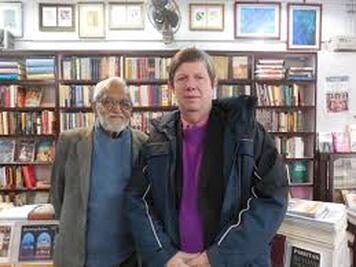 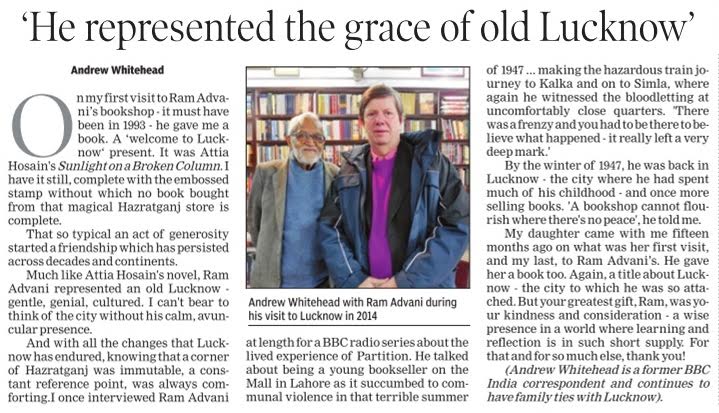