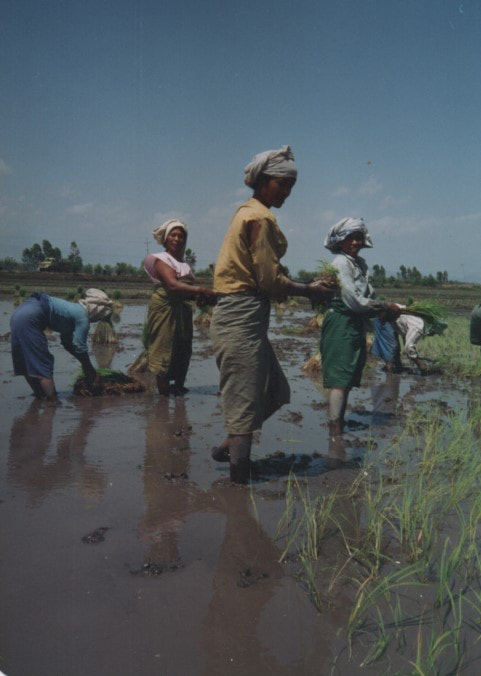 The remote state of Manipur in north-east India is one of the most beautiful areas of South Asia - set amid gentle hills and tranquil lakes close to the border with Burma. But it's no Arcadian idyll. The people of Manipur are at war with each other, in conflict with their Indian rulers, and falling prone to cascades of heroin flowing into the state from the nearby Golden Triangle. Manipur is normally closed to foreigners, but our Delhi correspondent Andrew Whitehead has just been there and offers his reflections on an Indian paradise lost:

Manipur's police chief has a rather haggard look. He admits that the past fifteen months have not been easy. It might seem like a comfortable posting. Looking after law and order in a state of a little under two-million, a sleepy hollow on the Burmese border, well away from the political push-and-pull of Delhi or Calcutta. The climate is temperate, the scenery stunning, the pace of life relaxed.

It not only has the worst drug problem in India. It also has the highest AIDS rate. Routine blood tests on pregnant women reveal that one-in-fifty is HIV-positive.

The miseries of Manipur are so extensive, it's difficult to know where to start. Perhaps the root problem is a conflicting sense of identity. This princely state was among the last corners of the Raj to be conquered by the British, in 1891. It's always been a place apart.

Yet unlike almost all the rest of India's north-east, the majority community in Manipur, the Meitei, converted to Hinduism several centuries ago. And older Meiteis tend to have a close cultural affinity with India.

Not so the young. They blame India for all their ills. As one Manipuri social activist put it: "we're not a border state here, we're a marginal state - Delhi just doesn't care". In the streets of the state capital, Imphal, many of those pedalling cycle rickshaws mask all but their eyes. It's not to keep out the dust. There isn't that much traffic. They are educated Manipuris ashamed to be seen at such a menial job but unable to find anything better.

According to the official figures, more than a quarter of adult Manipuris are unemployed. Almost all the top government jobs go to outsiders. As always, there are good and bad. But to Manipuris, it feels as if they're not trustetd to run their own state. They feel that many officials are on a plundering mission - a three year get-rich-quick posting to India's outer limits.

So young Meitei are tuning back towards their martial traditions. They have agan started fighting for their freedom. There are several armed Meitei separtist groups - originally Marxist-Leninist in inspiration, but now nationalist and almost puritan. Targetting the drink and drugs trades  as much as emblems of Indian authority.

The Meitei live in the Imphal valley. The hills beyond are home to the tribal Kukis and Nagas. They've lived cheek-by-jowl for a century and more, and never been terribly comfortable with each other. But over the past few years - egged on, it seems, by grotesquely irresponsible political leaders - they have fought the most terrible feud. Village after village has been set alight; dozens have been butchered.

Interlacing all these different tensions is the drugs trade. Increasingly the opium grown in the Golden Triangle is traveling not east, but west across Burma, into Manipur at the border town of Moreh, through to Bangladesh and out to the world beyond.

One conservative estimate is that six kilos of heroin is smuggled into Manipur every day. And four kilos is smuggled out. Heroin number four, as it's known, is cheap - just $3,ooo a kilo in Imphal - and easily available. The head of the Manipur prison service says there are roadside stalls within sight of his central jail which sell heroin under the counter. They catch plenty of small-time drug peddlers but the opium barons have proved elusive. Some local people say that's because the Indian security forces are on the side of the smugglers.

No one knows how many heroin users there are in Manipur. Perhaps 100,000. A haunting 70% are HIV-positive. And the virus is now spreading as much through sexual contact as from shared needles. Manipur is on the edge of an apocalypse. A medical research officer says the state is destined for an AIDS epidemic on a scale similar to Uganda's.

It all seems too much for one small state to bear. It's sad to see such proud peoples humbled and even sadder that no easing of their sorrows is in sight.
​ 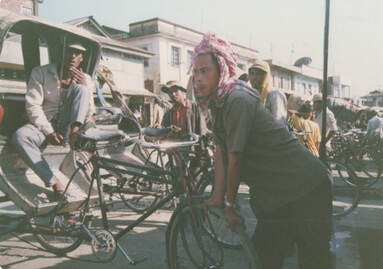 The town of Moirang in Manipur