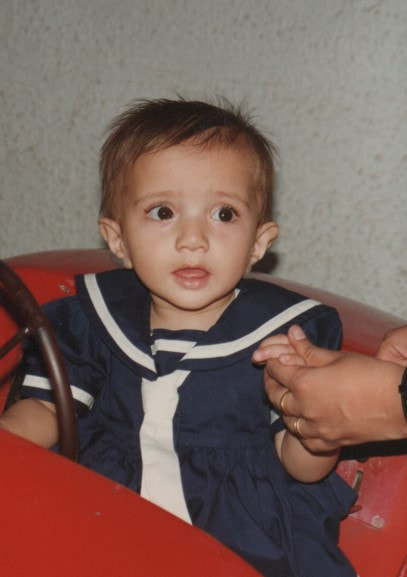 For the residents of India's capital city, winter is a miserable time of year. In the colder months, Delhi is enveloped in a miasma of smog, much of it caused by vehicle exhaust fumes. Each year, it gets steadily worse - as Andrew Whitehead and his family discovered:

Every morning of late, my ten-month-old daughter has woken up with an appalling smokers' cough. Phlegmy and frankly rather disgusting. Not surprising though. Simply breathing in Delhi's smog-ridden air is equivalent to smoking between ten and twenty cigarettes a day.

In the heat of summer, the sun pierces through the grime-ridden atmosphere; in the monsoon, the rain washes much of it away. But in winter, when the air is still and dry, it just hangs like a blanket over India's capital. On the busier roads, a mist of exhaust fumes envelops the traffic by the evening rush-hour. Go to the top of the taller five-star hotels and what should be a panoramic view of the city reveals little more than a grey haze.

Everyone suffers. Without exception. Government ministers as much a slum dwellers. But the kids have the toughest time. My daughter's pediatrician says at least half the cases he deals with are children with chest or breathing problems brought on or aggravated by poor air. Delhi is said to be the world's third most polluted city. A quarter of the city's toddlers have respiratory problems. The World Bank - not the most alarmist of organisations - estimates that twenty Delhi-ites die prematurely every day because the air they breath is poisoning them.

At first glance, you wouldn't think it of Delhi. The British-built heart of the Imperial capital is spacious, elegant and green. It's never been a big industrial centre. It doesn't have massive manufacturing plants. The power plants are quite some distance away.

But the city has never had a proper transport network. There's nothing akin to Calcutta's splendid metro. No commuter rail network to match that in Bombay on which millions travel every day. If you want to get to work in Delhi, you travel by road.

An economist once explained to me that as developing countries become more prosperous, there was a stage where a 10% rise in real incomes produced a 50% jump in sales of motorbikes. That's where Delhi is at the moment. Lower middle class families in particular have the novelty of quite a lot of disposable income. Some has to be saved to pay for weddings or as insurance against expensive surgery later in life. A bit will be spent on a television, and perhaps an inexpensive music system or even a video player.

Then it's time to save for a scooter. In 1981, there were fewer than three-million motorbikes in the whole of India. Now there are probably more than twenty-million. Each spewing out up to six times more pollutants than the average car. Add to that the exhaust fumes emitted by the three-wheel auto-rickshaws - which sound, smell and feel a bit like motorised lawnmowers - and you can understand something of the scale of the problem.

Cars are relatively minor pollutants. And in Delhi, at least, attempts have been made to introduce safer petrol. All new cars are supposed to take only unleaded fuel. But since it's almost entirely unavailable outside the capital, most owners illegally doctor their engines so it will take whatever petrol can be bought.

Trucks and buses are the most visible polluters. Owners often bribe their way round the pollution control checks. Driving close to one of Delhi's blue line buses is doubly hazardous - they have an entirely deserved reputation for flattening everything that gets in their way, particularly pedestrians and cyclists, and they emit filthy black soot-ridden plumes of smoke from their exhaust pipes.

Still, the capital's buses are so packed with passengers that they emit per person just a twentieth of the pollutants of an ordinary car. But add up all the cocktail of half-burnt hydrocarbons, the suspended particular matter, all the rest of the grunge, and you get Delhi on a winter's day. And when you are trying to imagine what it's lkie - don't forget that quite a few petrol stations here adulterate the fuel with kerosene to make a bit more money. Which still further aggravates the air quality.

Everyone agrees that something must be done to save Delhi from asphyxiation. Plans have been devised for a special network of high-speed trams - but they remain just that. Plans. There's talk of restricting vehicle access to the centre of Delhi. But that would be political suicide for any state government.

There's one saving grace. Soon there will be no point in Delhi-ites trying to drive around the city. If the projected boom in car and scooter sales is borne out, then early in the next century, the average speed of traffic in the city will fall below walking pace. Not that pedestrians will be able to manage such a pace - because they won't be able to cross the gridlocked roads.

A top planner for the Delhi area told me bluntly there was only one real solution to the traffic blight. Wait until things get so bad that people start moving out. Surely there must be some better answer!

But whatever it may turn out to be, it won't be in time to save this generation of Delhi's kids. I asked my daughter's pediatrician what advice he gave to parents of children who develop bronchial asthma and chronic coughs. It's simple, he said. Get out of Delhi.
​