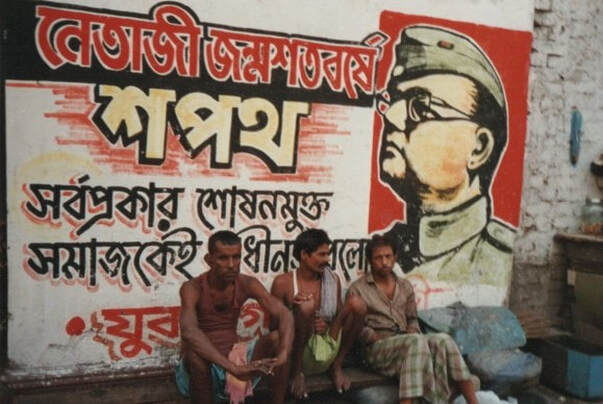 Across India this weekend, there will be celebrations to make the anniversary of the birth of the most controversial of all Indian nationalists. Subhas Chandra Bose, better known as Netaji or revered leader, set up his own Indian National Army to force the British out of India. During the Second World War, he fought alongside the Japanese. According to the official account, he died in a plane crash in 1945. But as Andrew Whitehead in Delhi discovered, he remains widely admired, and some of his followers believe he may still be alive:

Look where you will in India, Subhas Chandra Bose will not be far away. His life-size statue looks down on the bustling trading town of Silchar in Assam in the north-east. Fifteen-hundred miles away in the southern tip of India, anyone disembarking from the ferry in Quilon will walk slap into the local office of the Indian National Army - the force Subhas Chandra Bose set up during the Second World War  In his home state of West Bengal, there are hundreds of roadside busts of the local hero. Even in the heart of the Indian establishment, in Delhi, his portrait isn't hard to find.

When veterans of India's independence struggle get together, many bear Netaji's badge on their lapel. If Gandhi is the man universally associated with Indian nationalism, a lot of those involved in the movement hold Subhas Chandra Bose in higher esteem.

Bald and bespectacled, Netaji was not what you'd call a matinee idol. And there was an obsessive and quixotic side to is character. Still, he unfurled the banner of uncompromising nationalism. When Gandhi argued for dominion status, Netaji insisted on complete independence. While the nationalist mainstream called for peaceful protests against British rule, Netaji slipped out of the country and raised an army of expatriate Indians to forcibly evict the colonial masters.

Subhas Chandra Bose made some curious alliances. An admirer of the Soviet Union, he nevertheless shook hands with Hitler and fought alongside imperial Japan. He sought - with some success - to subvert the British Indian army. He wanted India to be an undivided socialist republic. If he'd been the first leader of independent India - say his followers - the tragedy of Partition would never have happened.

Sheel Bhadra Yajee remembers Subhas Chandra Bose as charming - and determined. He first met Netaji in Calcutta in 1928. "From that day", he says, "I was his follower." On the cluttered walls of his cramped living room in Delhi's Jantar Mantar Road, a faded sepia photograph of Netaji stands out. Garlanded, in the traditional Indian token of reverence and respect.

Yajee was ten times interred in Indian colonial jails. He was court martialled by the British but survived. He travelled six days each way on a Japanese submarine, from the east coast of India to Singapore,just for a three-hour meeting with Netaji.

But it's not just Netaji's old associates who keep his memory alive. He's become a symbol of all those who feel that independent India has not fulfilled its potential. A patriot unsullied by compromise or collaboration. And also a champion of Bengal against India's Hindi-speaking establishment.

Netaji has become a legend - and the myth is now more important than the man. A myth so compelling that for decades many refused to believe that he was dead. The official account is that Netaji died in a plane crash in Taiwan in August 1945. There are still many people in public life - including Members of Parliament - who do not believe that. Some say Netaji reached his destination, the Soviet Union, and remained there in a kind of political cold storage awaiting the right moment to return.

Netaji would now be 97. The nation said to be harbouring him no longer exists. Only a few people seriously imagine that he will still reappear. But looking round the Indian political landscape - now so lacking in leaders who inspire loyalty, so devoid of vision or direction - it's easy to see why the legend of the lost leader is so enticing.
​ 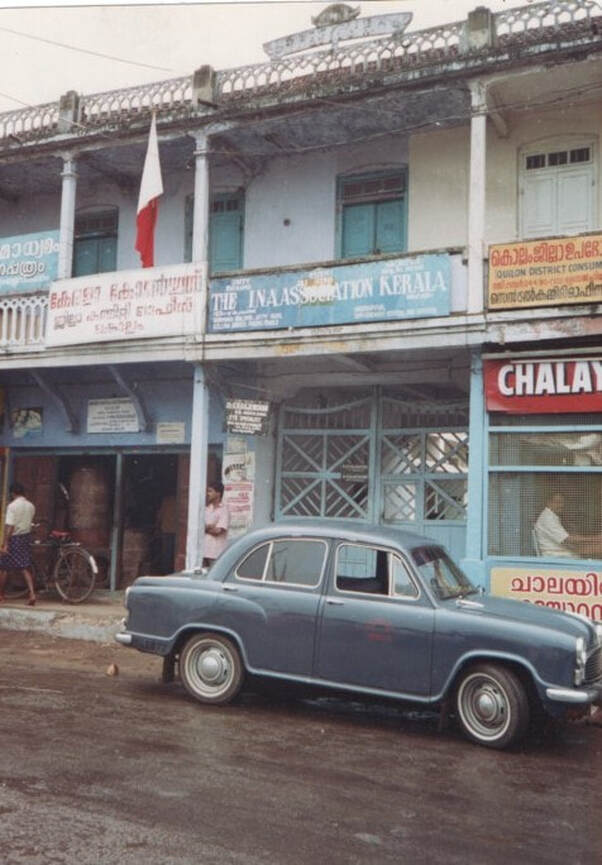