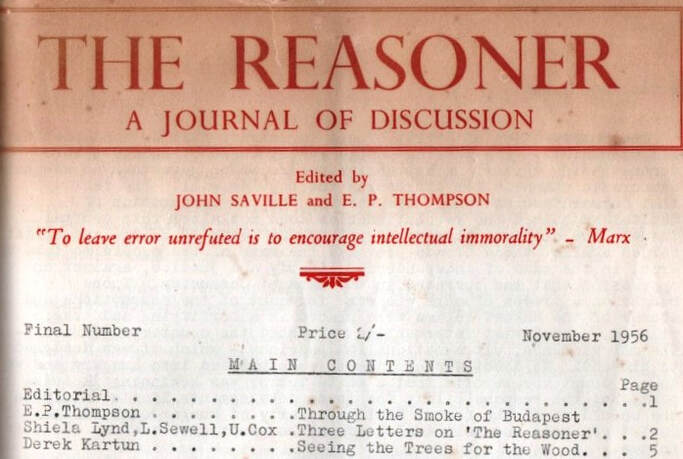 ​I am working on an oral history of the British New Left, in its broadest definition and from 1956 - the year of the Hungary rebellion, the Suez invasion, Khrushchev's 'secret' speech denouncing Stalin and the split in the British Communist Party - to 1970, the year in which women's liberation and gay liberation movements were firmly established. It will take it new forms of protest and personal politics, the counterculture and student protest, the Committee of 100 and Vietnam Solidarity, Black Dwarf and Anarchy, Shrew and Oz.

And this page will capture snippets of my research and link to articles, interviews, all sorts of stuff, some by me and some by others.

Above is the masthead of The Reasoner, the Communist dissident journal which in many ways marked the birth of the British New Left. There were only three issues, typed onto stencils and the printed on a hand powered duplicator, but they heralded a breach with the Communist orthodoxy, a move away from the big parties of the left, an intellectual realignment.
​ 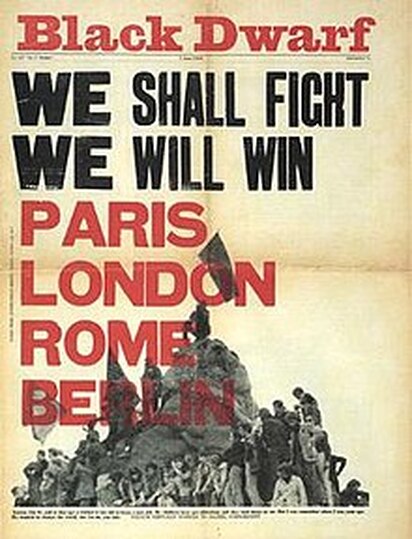 Twelve years later, Black Dwarf - the brainchild of the left-wing literary agent, Clive Goodwin - first appeared as Paris was in tumult. It had perhaps the most arresting and renowned cover of any British political paper of the last century, The first issue dated June 1968 bore the slogan: 'WE SHALL FIGHT, WE WILL WIN, PARIS, LONDON, ROME, BERLIN'.

There was something in the New Left - or parts of it - which sought to tap into a much older radical tradition.
This photograph - a bit grainy but still so emblematic - shows two of the key figures in the New Left, both historians. Edward Thompson, on the left, is talking to Raphael Samuel. It was taken outside a key New Left venue - the Partisan coffee house on Carlisle Street in Soho, which Samuel in particular had persevered to establish. Jean McCrindle - another key New Left figure - shared the photograph with me, and it is posted with permission. When was it taken? Not sure but probably 1958-60. And yes, the caff across the road really is selling Egg and Chips for 1s 4d (or 7 pence). 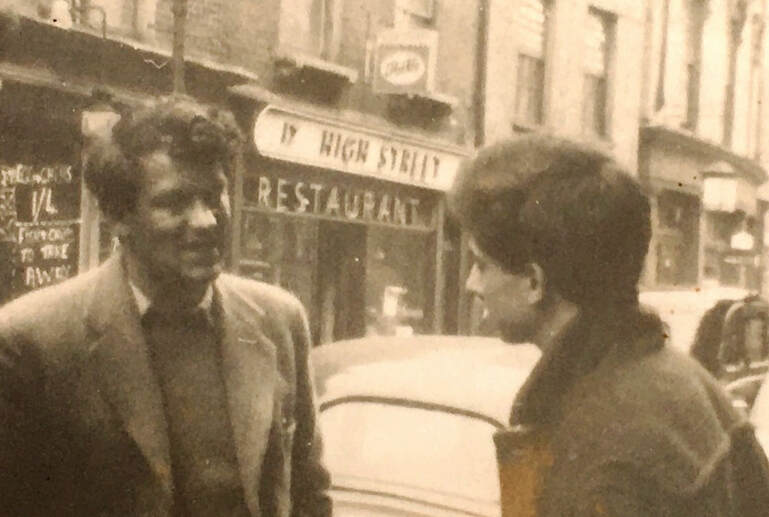 And here, courtesy of Jean McCrindle, is the distinctly modernist postcard from October 1958 on the opening of the Partisan: 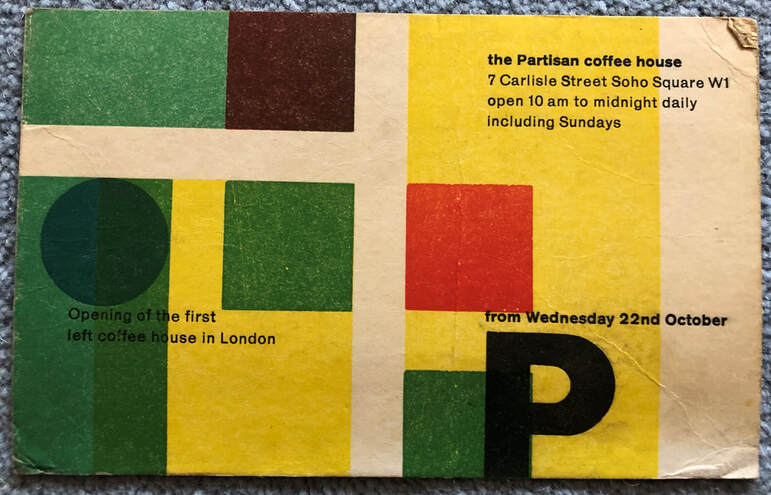