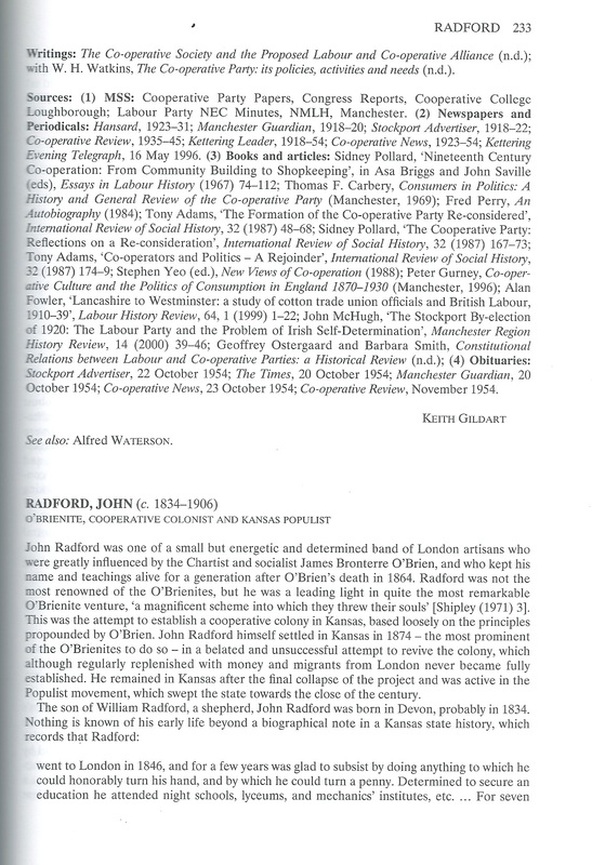 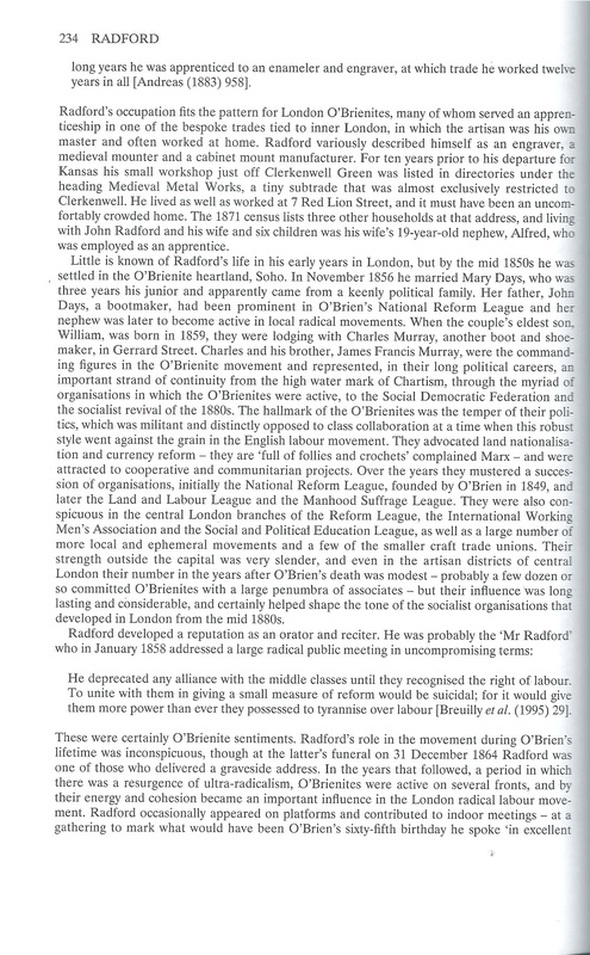 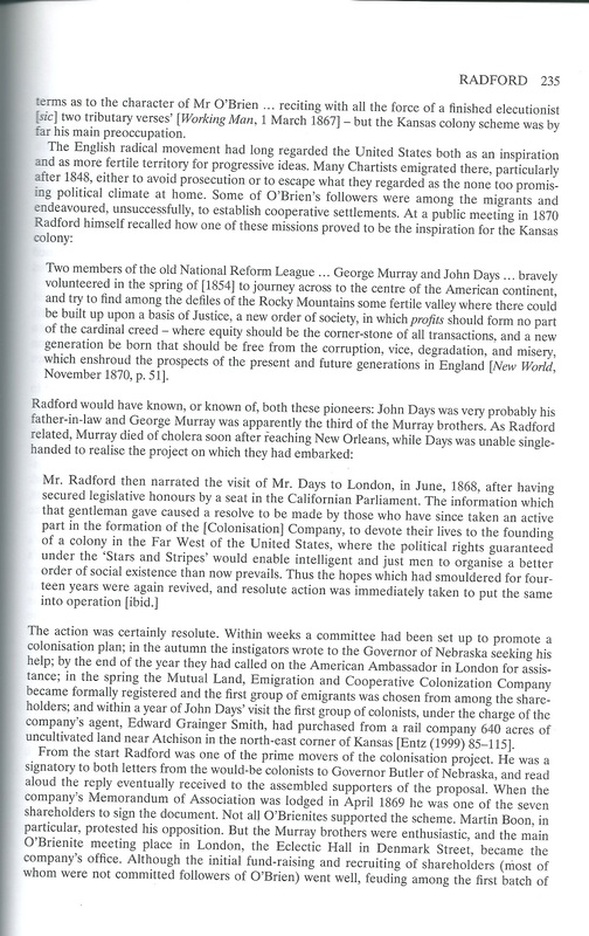 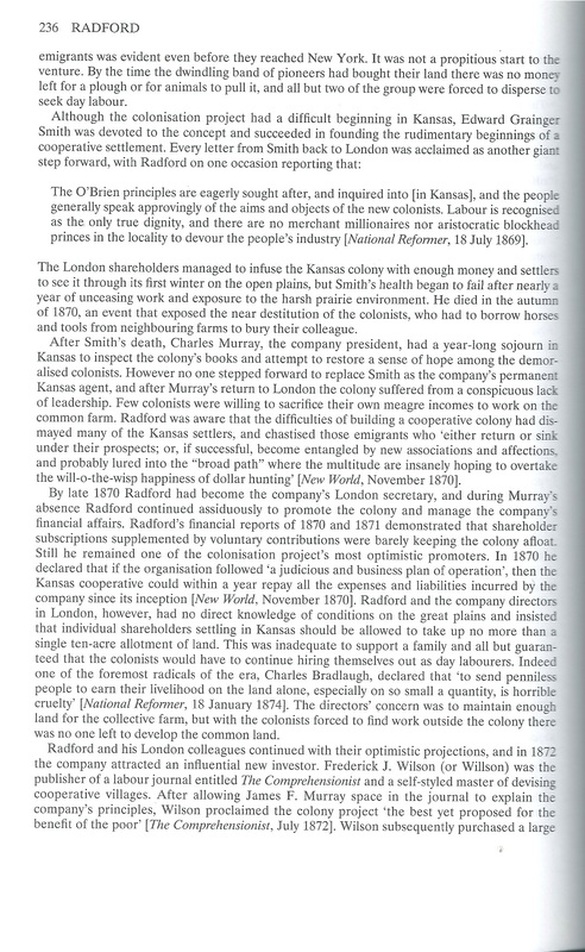 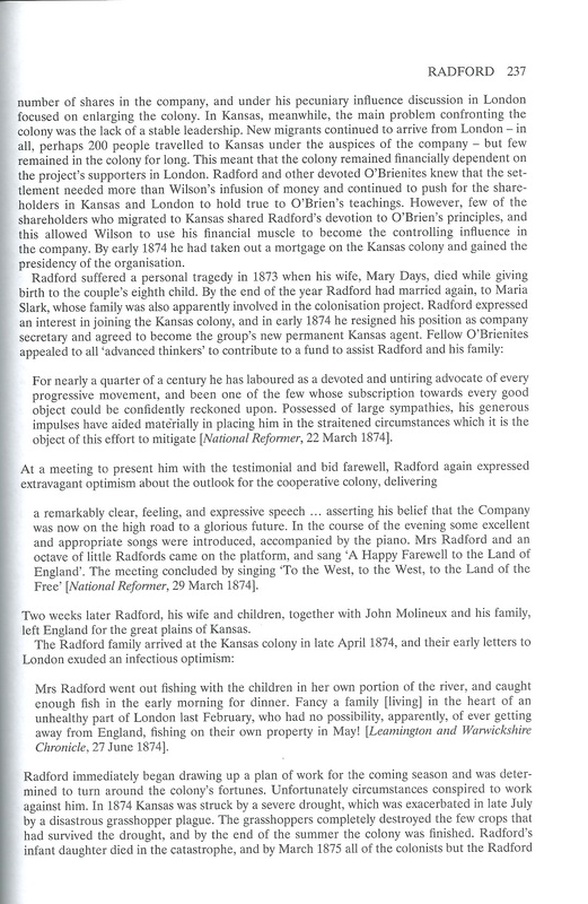 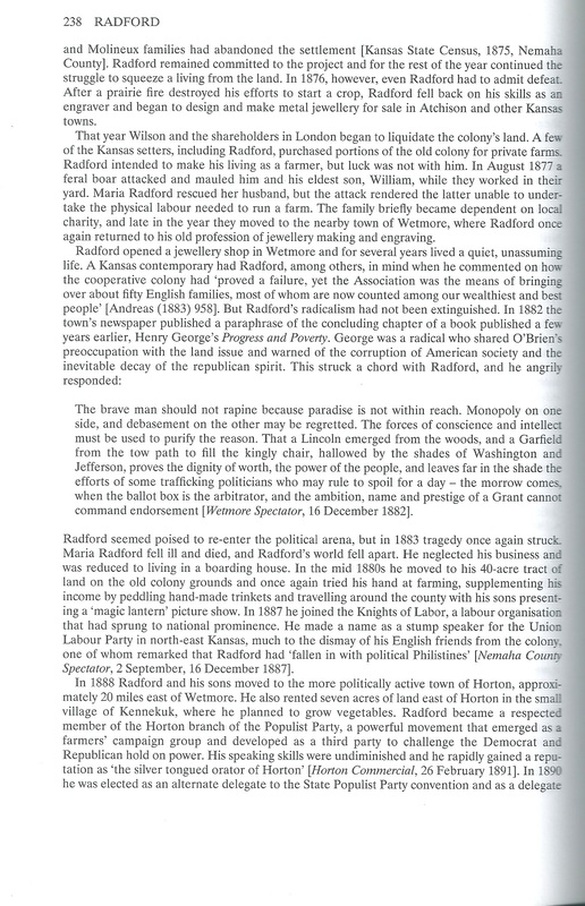 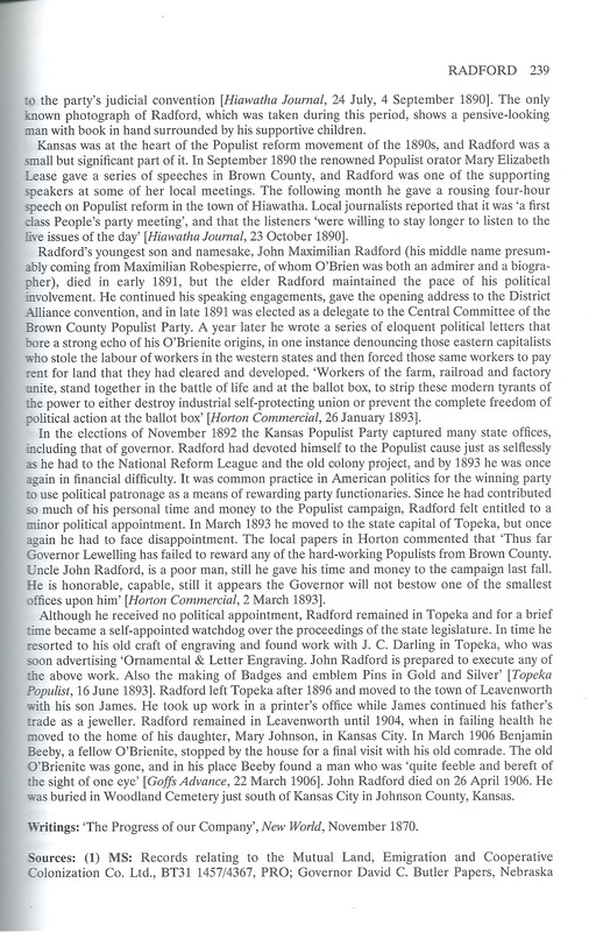 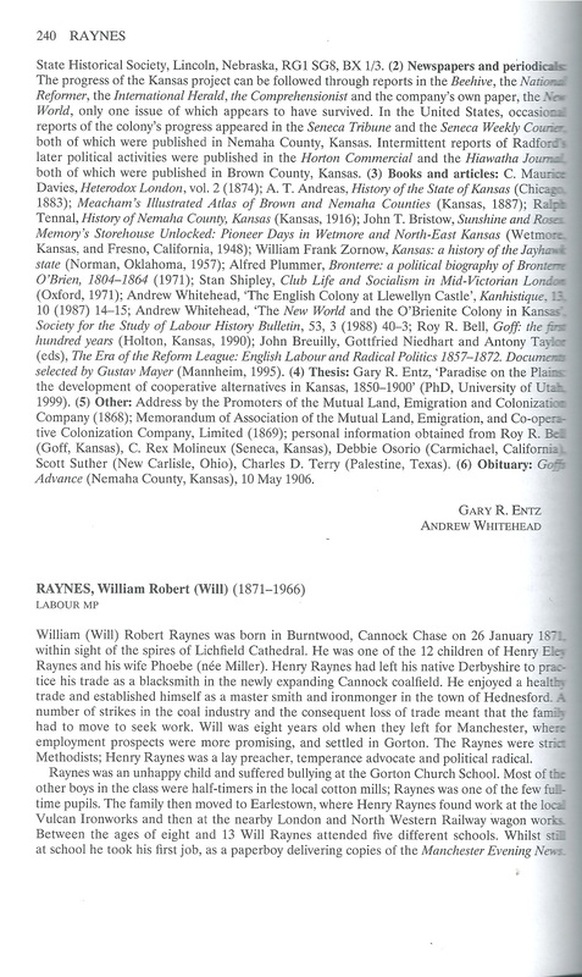 ​In the papers of fellow O'Brienite George E. Harris - which I have recently (August 2016) acquired from Harris's great-great-grand-daughter - there is a proof copy of this wonderful handbill soliciting support for a testimonial to John Radford as he and his family prepared to set sail in 1874: 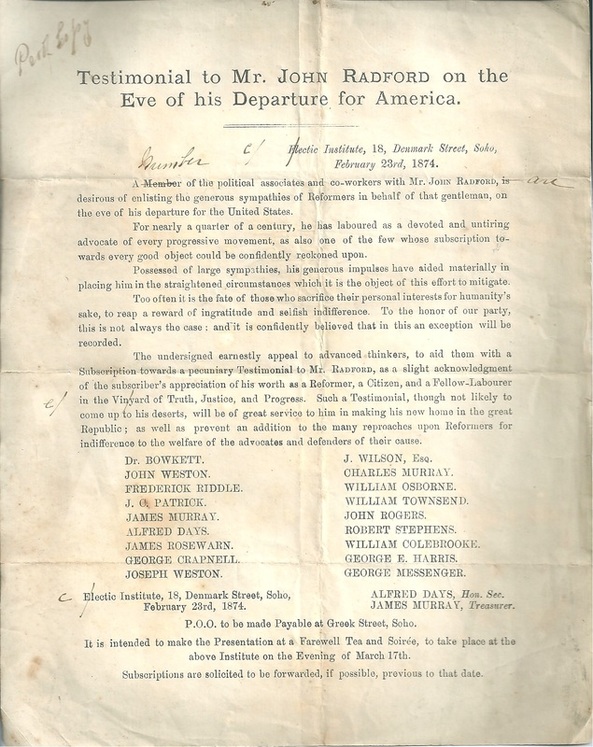 Gary Entz has written the definitive history of the O'Brienite cooperative colony - set up at a place known as Llewellyn Castle near Wetmore in the north-east of Kansas. His book was published by the University of Nebraska Press in 2013 and is entitled Llewellyn Castle: a worker's cooperative on the Great Plains.
I'm also posting here a short article I wrote some years back about the O'Brienite colony in Kansas - and also have a look at the page elsewhere on this site about the New World, the journal associated with the colonisation project. And there's a little more here about John Days, one-time O'Brienite and later member of the California State Assembly. 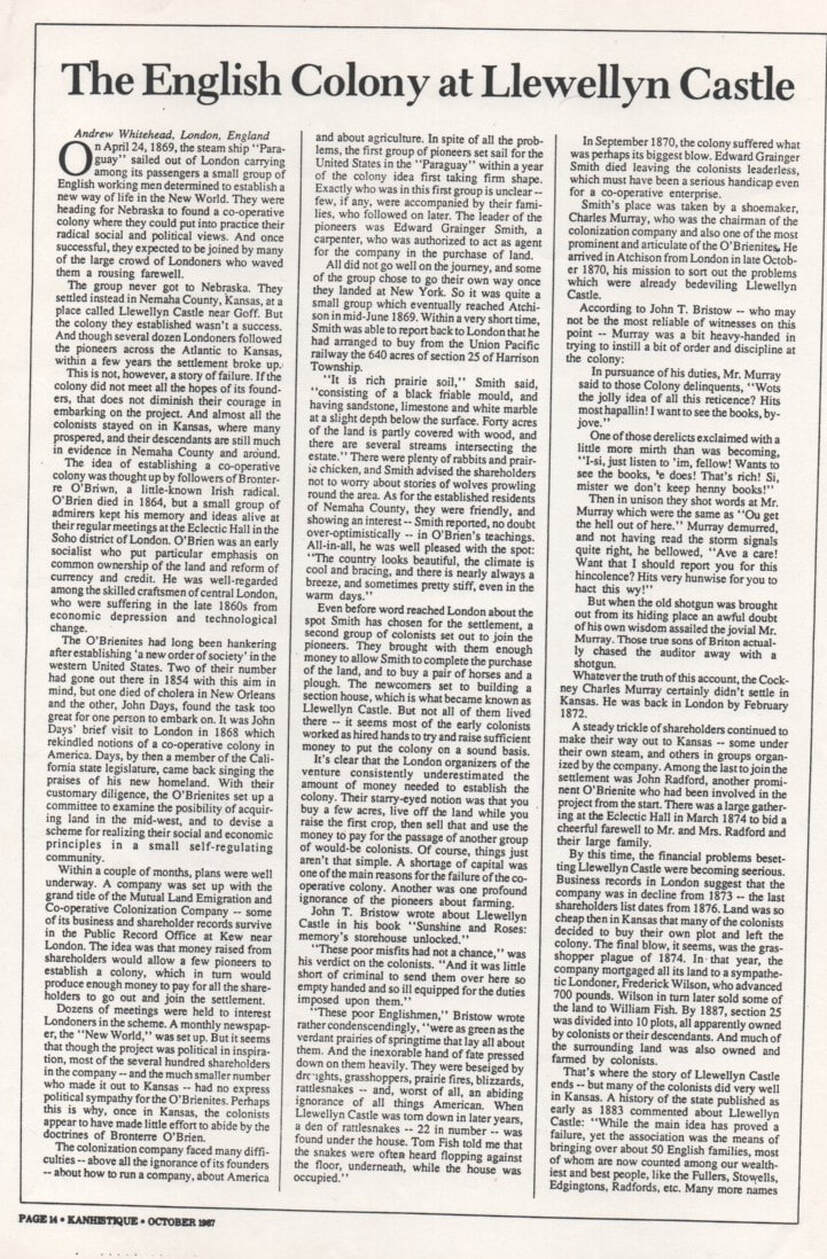 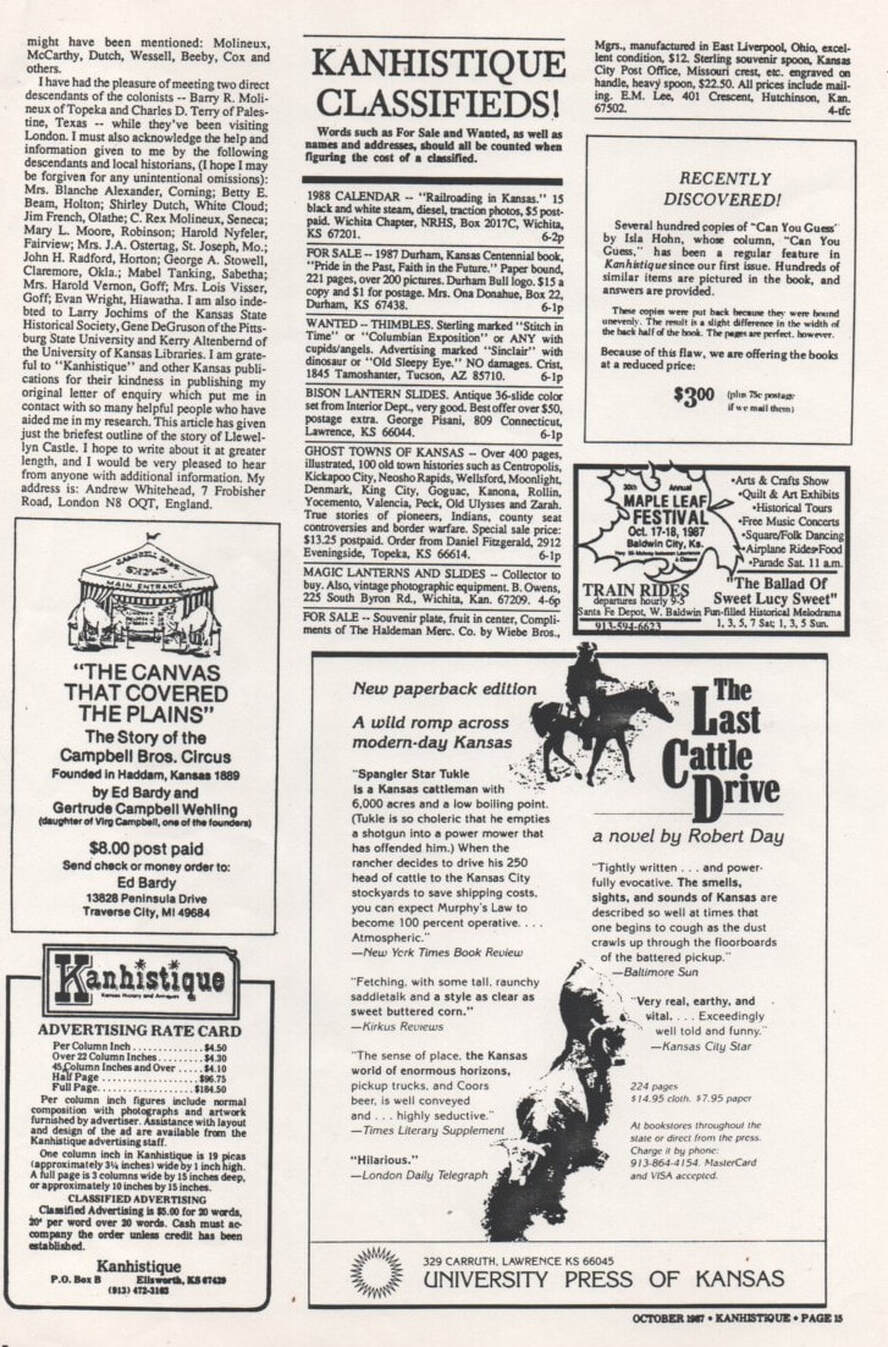 I'm posting here the Memorandum of Association of the Mutual Land Emigration and Co-operative Colonization Co Ltd which I chanced across many years ago in the National Archives. It is dated 9 April 1869 and includes the signatures of several leading O'Brienites.
​ 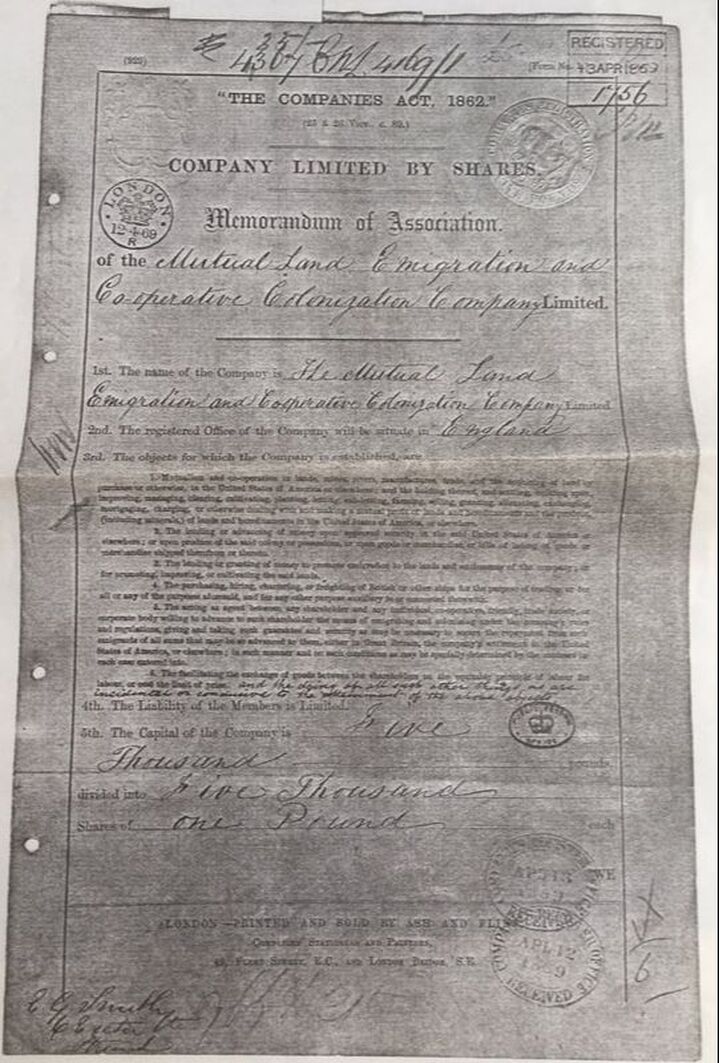 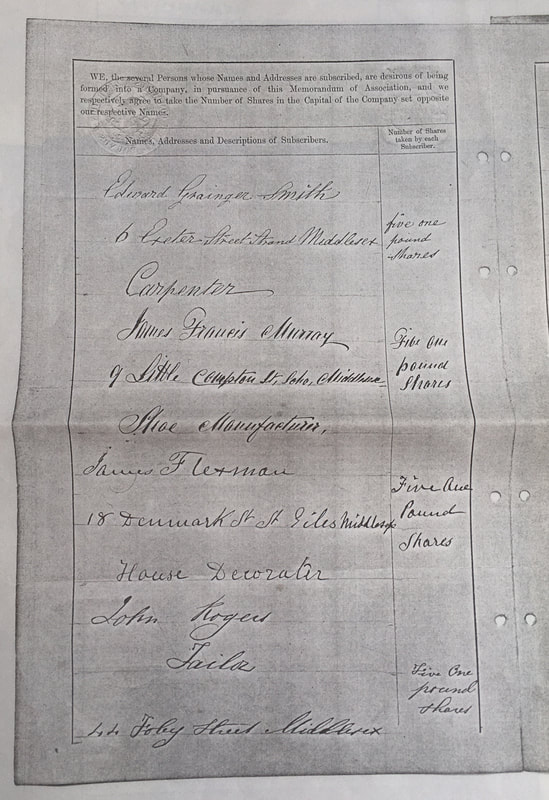 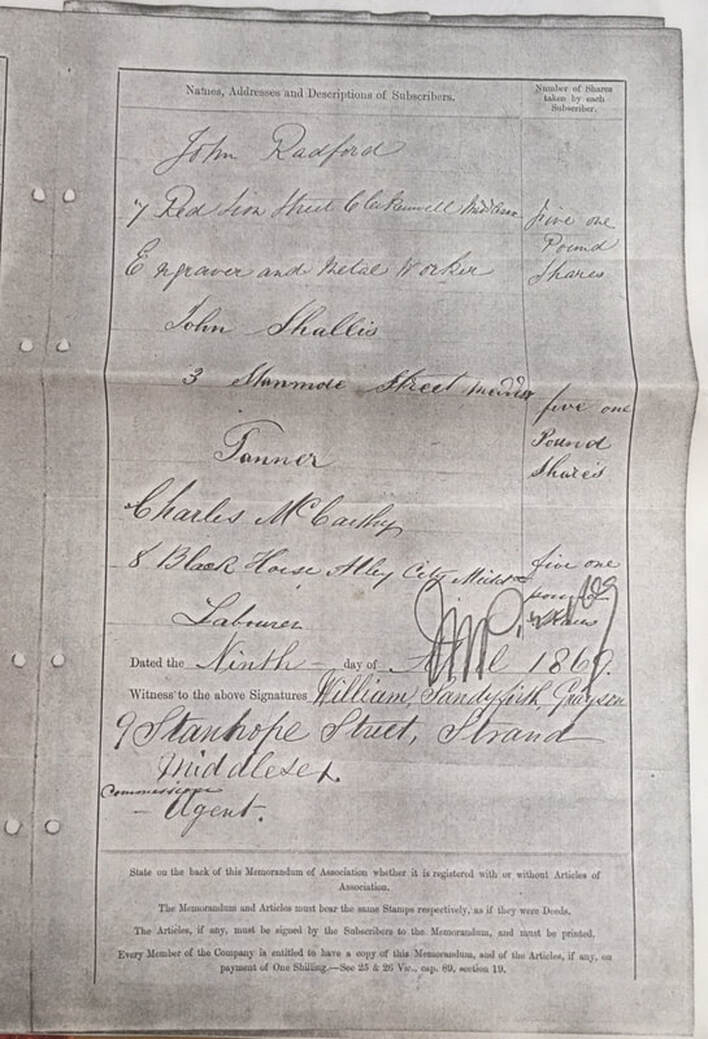 One of the younger colonists
​

This photograph shows one of the younger colonists in later life, John Stowell. I was sent it by one of his descendants. The wom in the photo, all family members, are from the left,: Edith, Jane, Laura, Pearl (Pert) and Alice 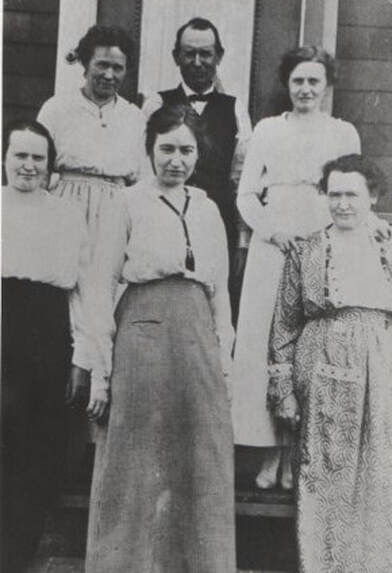