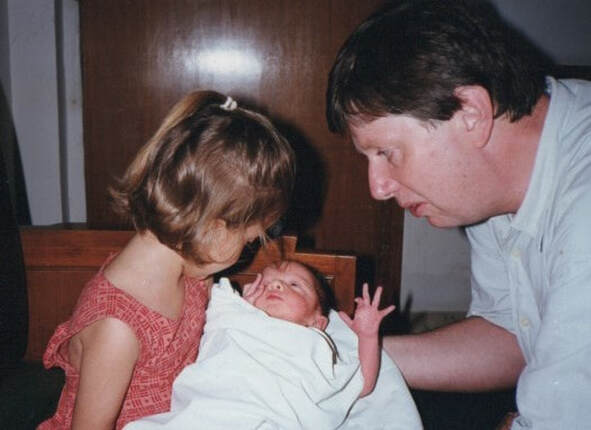 One of our Delhi correspondents, Andrew Whitehead, has become the proud father of a baby boy, and according to the Indian custom, eunuchs, known as hijras, came to bestow a blessing on the new-born child.

We knew that the hijras would come. They always do when a baby is born. To offer a blessing, and make away with as much money as they can.

They had been around once before, just after our daughter was born. That time, my wife had bartered with them for an hour or more. They sat on the steps of our flat and refused to leave. Eventually, she gave them 2150 rupees - then worth about $70, I suppose - and they had delivered their benediction and departed.

Now, we had had a son - a much more auspicious event in this deeply patriarchal society. Now your family is complete, we had been told repeatedly by family, neighbours and even the nurses at the maternity home. The hijras would certainly hear of the birth. They would be round to demand their cut in the family's good fortune.

So it was one Saturday morning that the bell rang, and I took a peep through the magic eye in the door to see two women in gaudily coloured saris, more muscular and much less graceful than most Indian women.

That is all I saw of the hijras. Our bargaining strategy had been worked out. Just a glimpse of white skin would have made them more determined to hold out for a high price. So I sat out the encounter out of vision, but within hearing range, while my Indian-born wife engaged in a good half-hour of banter and badinage.

The hijra who did most of the talking was Tulsi. She - and I say she because hijras always use the female gender when talking about themselves - was courteous and dignified, dressed in a mustard and red cotton sari and wearing rather showy metal jewellery. By her side was Babita, bedecked in a sequinned peacock blue sari which didn't say much for her dress sense.

They did not beat around the bush. Give us 11,000 rupees and a piece of gold, they demanded, and we will bless you and your baby boy.

How hijras manage to find out about new-born babies is something of a mystery. The nursing home where our son was born is in a different part of Delhi. We had never taken him to the park or even put him in a pram.
Their intelligence network is impressive. Each household of hijras - and they live clannishly as social outcasts often do - watches over a certain locality, picks up on gossip in the market, and keeps in contact with domestic cooks and maids.

They are mocked and ridiculed by most Indians. In a status-conscious society, they are about as low as it is possible to be. But they are also feared. No-one wants to annoy a hijra. For a start, their curses are said to be as powerful as their blessings. For another thing, picking a row with a hijra means creating quite a scene - they have raucous voices, and a vulgar vocabulary.

They are reputed sometimes to strengthen their bargaining power by threatening to strip and expose their genitals. Not that Tulsi and Babita resorted to such crudeness. They simply insisted on getting their due.

"Why, my wife asked Tulsi, do you want so much more money to bless a boy than a girl?" "Because everyone in the world wants a boy and no one wants a girl," she replied. A particularly telling comment coming from a hijra - someone who has, after all, crossed the boundary between genders.

Some hijras are hermaphrodites, born with genital abnormalities. Most are brought within the fold as young boys - they are runaways, or simply are befriended by hijras, initiated into their lifestyle, and sometimes at least doctored, castrated, to make them eunuchs.

Hijras have no prospect of paid employment. The live on what their blessings, and their dancing, bring in.
"This is our only livelihood, Tulsi pleaded. "I've got old hijras at home to feed. And we've got to demand a lot because we won't be getting any more money from your family until your son gets married in 20 years time."

Marriages are another auspicious event that attracts hijras - sometimes, indeed they are invited to sing and dance to bring good luck to the couple. Increasingly, hijras are also turning to prostitution to make a living. But Tulsi and Babita seemed, as hijras go, quite respectable.

They were not menacing, in manner. They knew they did not need to be. Turning away a hijra empty-handed is simply not an option. So it was just a matter of agreeing a price. And eventually, the deal was struck. Tulsi and Babita were handed 3150 rupees, and a new sari. A bit of a come down from their original asking price. But still more than a nanny or maid would earn in a month.

They delivered a blessing, and left happy. And if the truth be told, we are happy that they came - for an Indian birth would hardly be complete without the hijras.
​