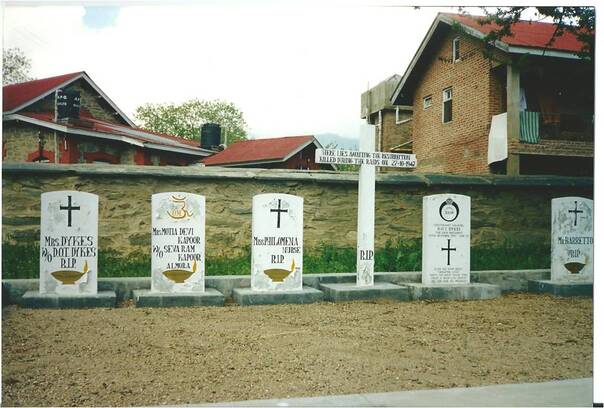 Of all the world's trouble spots, Kashmir is one of the most enduring. It has bedevilled relations between India and Pakistan ever since the two countries gained independence in 1947. Within weeks of the end of the British Raj, Indian troops and pro-Pakistani forces were fighting in Kashmir. And as Andrew Whitehead reflects, they still are:

The white paint is peeling from the gravestones, the shingle needs weeding, and apart from the nuns, no one comes here any more to place flowers, to say a prayer or pay remembrance. Still, you couldn't want a more tranquil spot for a cemetery; around the small enclosure is an orchard, a few hens scratching away under the trees. Butterflies hover in the dappled morning sun. Bulbuls and hoopoes add a splash of colour. And the chorus of birdsong almost drowns out the brook that came to life just hours earlier carrying storm water down towards the River Jhelum.

Look up, and the hills rise steeply in front of you. This is where the Himalayan foothills start to crowd in on the Kashmir valley. They loom a little menacingly, fir trees silhouetted like saw's teeth against the mist. It was down those hills that the raiders came one Monday morning in October 1947. They laid waste to the convent, loted the mission hospital and shot dead the men and women who now lie in the grounds. Just six dead. Not many: neither by the shameful standards of the bloodshed which marred the end of the British Raj, the partition mayhem out of which emerged an independent india and a new Muslim nation of Pakistan; nor in comparison to the recent annals of Kashmir - more than 30,000 dead in fourteen unfinished years of separatist insurgency against Indian rule.

Yet if there was a moment when the Kashmir crisis first erupted, that was it; that autumn day when St Joseph's convent at Baramulla was desecrated. Sister Emilia from Verona, ruddy faced and resolutely cheerful, lived through it. Now on her late nineties, she still lives through it. Still at Baramulla, still having nightmares, still telling her tale of the convent's moment of tragedy and of glory, when the tribesmen attacked. She heard the shots fired; she saw a young Spanish nun bleed to death, her final words: "I offer myself for the people of Kashmir." She tended the three infant sons of the British military couple who were also killed. She was herself lined up to be shot, when providence intervened in the form of a convent-educated officer with some authority over the gunmen who ordered them to hold fire. The killing stopped, but for eleven days the survivors of the massacre, more than seventy nuns, priests, patients and refuge seekers, were trapped in a single hospital room.

The attackers were not local: big, black-bearded beasts, in the words of one of the missionary priests. They had come from the tribal areas of north-west Pakistan, close to the Afghan border; if not sent by Pakistan's government, then making their way there with official connivance to claim Kashmir for Pakistan. And also to liberate Kashmir's Muslim majority from the arbitrary rule of their Hindu maharaja, to seek revenge for the massacres of Muslims in other parts of the princely state. And more than anything else to pursue the age-old goal of tribal lashkars, or raiding parties, to carry away any item of value they came across, including, according to much first-hand testimony, Kashmiri women.

Baramulla was the first town of any size in the Kashmir valley the tribesmen came across. Their advance had panicked the maharaja into a belated decision to sign up with India rather than Pakistan - that was on the eve of the attack on the convent. At dawn the following day, the first airlift of Indian troops into Kashmir began. A few hours after the attack on the convent, at a hillock just a short distance away, troops of India's Sikh Regiment fought their first encounter with the pro-Pakistan tribal irregulars. The initial clash in a conflict that has never been close to resolution, which has frustrated ever attempt at friendship between India and Pakistan, which has propelled both countries into a nuclear arms race, which has helped the army to power on one side of the partition line and helped fire Hindu nationalism on the other, which has made Kashmir, in the eyes of policy makers in Washington and London, the most likely crucible of nuclear war.

Step away just fifty yards from the calm of the convent orchard at Baramulla and you are on the main road running through the Kashmir valley. It's one of the most militarised highways I've ever travelled along. There are any number of Indian bases along the road, jeep patrols with commandos at the control of mounted machine guns, foot patrols stalking along the side of the road, I saw one youngster hauled away from a roadside stall and, if the Indian security forces are still as ruthless as they certainly once were, his friends and family have cause for concern.

The convent remains caught up in a climate of violence. "There is a long way to go to attain real peace", said Sister Rosie, the softly-spoken South Indian who's now the Mother Superior. She spoke with anguish of a recent mine blast nearby which had claimed several lives. "We pray every day for peace in Kashmir", she told me. "We pray for the people of Kashmir and for other war-torn countries in the world."

There aren't many Catholics in Kashmir, but those there are regard the attack on St Joseph's mission back in October 1947 as martyrs. "The blood of the martyrs will not be spilt in vain", I was told. "Some good will come out of it. One day there will be a solution of the Kashmir problem." Well, it takes real faith to imagine that the Kashmir conflict could be resolved any time soon. The people of Kashmir, a people not given to fighting, remain caught up in the power politics of the region, just like those men and women whose bones lie beneath the convent orchard at Baramulla. 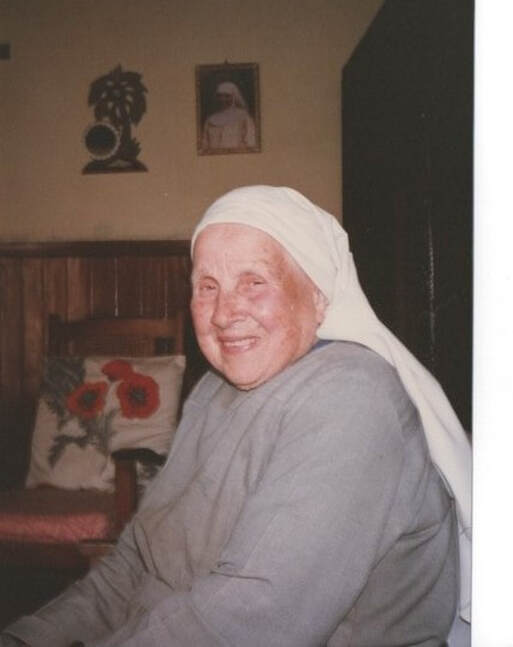