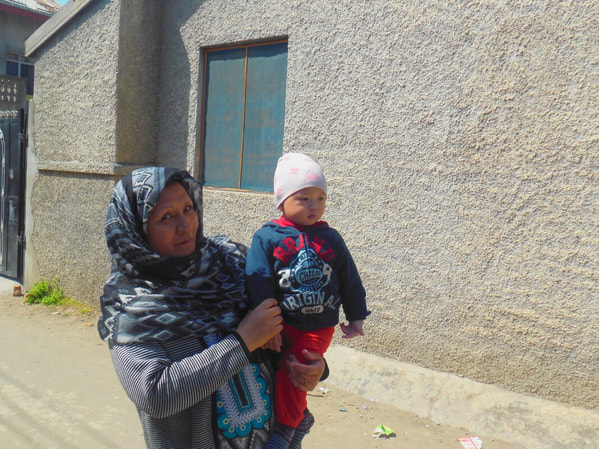 In Srinagar's Tibetan colony
THE TIBETAN COLONY IN KASHMIR - November 2017

CUE: On his latest visit to Srinagar, the capital of Indian-administered Kashmir, Andrew Whitehead came across a little-known community which has returned home after centuries away - but as so often with homecomings, it's not that simple:

Sometimes when you think you know a place, you come across a fresh aspect of it which reminds you how little you know.

I've been visiting Kashmir fairly regularly for more than twenty years. I've been to Hari Parbat fort, the magnificent Mughal-era monument which dominates the Srinagar skyline. But I'd never before come across the small, quiet, community that nestles in its shadow.

Yet its story says so much about the old trading links which once gave Kashmir its wealth - about the way these have been thrown out of joint by the rise of rival nation states - and about the complex issues of identity which ricochet across the Himalayas.

Two-thousand or more Tibetans have made their home in the Kashmiri capital. These are Tibetan Muslims. A few Muslim families remain in the Tibetan capital, Lhasa; some live in border hill towns; most of them have now settled in Indian Kashmir.

Because they are, or were, Kashmiris.

By chance, I heard mention of what locals call the Tibet-ian colony, close to the almond gardens and just within Srinagar's old city walls. I knew I was on the right track when I found a momo stall selling Tibetan-style dumplings. In a back street I came across groups of women gossiping - old men ambling along to the mosque - all distinctively Tibetan in appearance.

Round the corner stood the centrepiece of the community - the modern, imposing, Tibetan Public School. Nasir Qazi, a successful young businessman, showed me round. He's the head of the Tibetan Muslim Youth Federation which oversees what's clearly a well-run school which reaches well beyond the community it was established to serve. "I feel proud", Qazi told me, "that this school is something we have offered to our Kashmiri brothers and sisters".

In the corridors, photos of the Dalai Lama's visit are on prominent display. Tibetan Muslims don't regard the Dalai Lama as their religious leader. "But we do honour and respect him", Qazi said, "and he loves us a lot"
The community traces its origin to merchants who travelled along the old silk routes. They were Muslim traders from Kashmir and the adjoining area of Ladakh. Four-hundred or so years ago, the then Dalai Lama granted them land in the Tibetan capital. Over time, they married Tibetan women, mastered the Tibetan language and took up Tibetan cuisine. They became a distinct community in Lhasa, with their own mosque: prosperous; well-regarded;and noted practitioners of Tibetan music.

But they were never seen in Tibet as Tibetans. They were called Khache - meaning Kashmiris. A term that came to be a catch-all for Tibet's Muslims, wherever they hailed from.

When after a failed uprising against Chinese Communist rule, the Dalai Lama and thousands of his Buddhist devotees fled across the Himalayas in 1959, Tibet's Muslim community also felt restive. They were seen by some Tibetans as collaborators with the new Chinese rulers. After a lot of diplomatic push-and-pull, in which the Indian government took an interest, Muslims were allowed to leave Tibet. Most exercised that option.

Once on Indian soil, these Muslims were regarded not as stateless refugees, but as returning Indians. For once being a 'Khache' gave the community status. They were from Kashmir, they told the Indian authorities, and they were adamant about going back to their homeland.

Today, most work in Srinagar not as traders - the old routes are now sealed by impermeable modern borders - but in much less remunerative jobs, embroidering burqas and adding the finishing touches to the T-shirts sold to tourists.

Qazi told me that a few decades back, when tensions between India and China eased briefly, his mother had at last been able to make a return visit to Lhasa. Qazi has cousins there, but he's never been able to meet them, never set foot in the place which gives him his identity.

"We belong to this soil, Kashmir's soil", Nasir Qazi insisted. Yet the community's status is ambiguous. In Indian-administered Kashmir, only those who can demonstrate that their forbears are from the state can own land and have full rights. That's tricky for the Tibetans - their Kashmiri lineage is too distant for this purpose.

In a region where not belonging, being seen as outsiders, can be perilous, the community keeps a low profile. They seem content in Kashmir. But they are bound to reflect on a painful paradox.
​
In Tibet, they are Kashmiris. In Kashmir, they are Tibetans. There's nowhere where they are simply themselves.